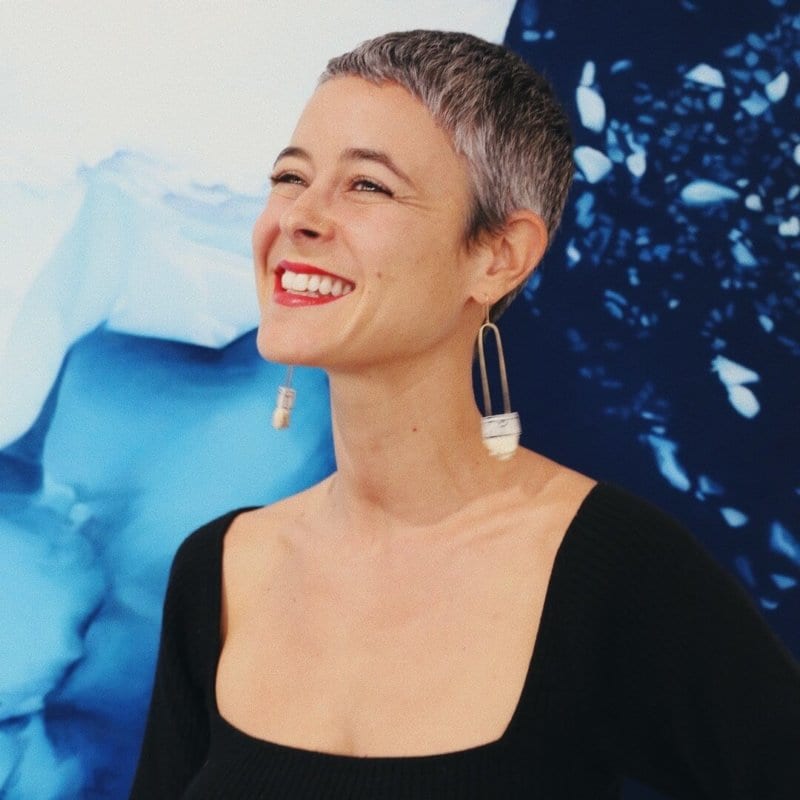 Zaria Forman documents climate change in pastel. She travels to remote regions of the world to collect images and inspiration for her work. She has flown with NASA on several Operation IceBridge missions over Antarctica, Greenland, and Arctic Canada. She has been featured on CBS Sunday Morning, CNN, and ABC7 Eyewitness News. She’s delivered a TEDTalk and spoken at Amazon, Google, and NASA’s Goddard Space Flight Center. Her work was part of Banksy’s Dismaland exhibition and she was the artist-in-residence aboard the National Geographic Explorer, in Antarctica. Her works have been featured in the New York Times T Magazine, National Geographic Proof Blog, Huffington Post, and the Smithsonian Magazine, among others. Zaria Forman currently works and resides in Brooklyn, NY, and is represented by Winston Wächter Fine Art in New York, NY and Seattle, WA.