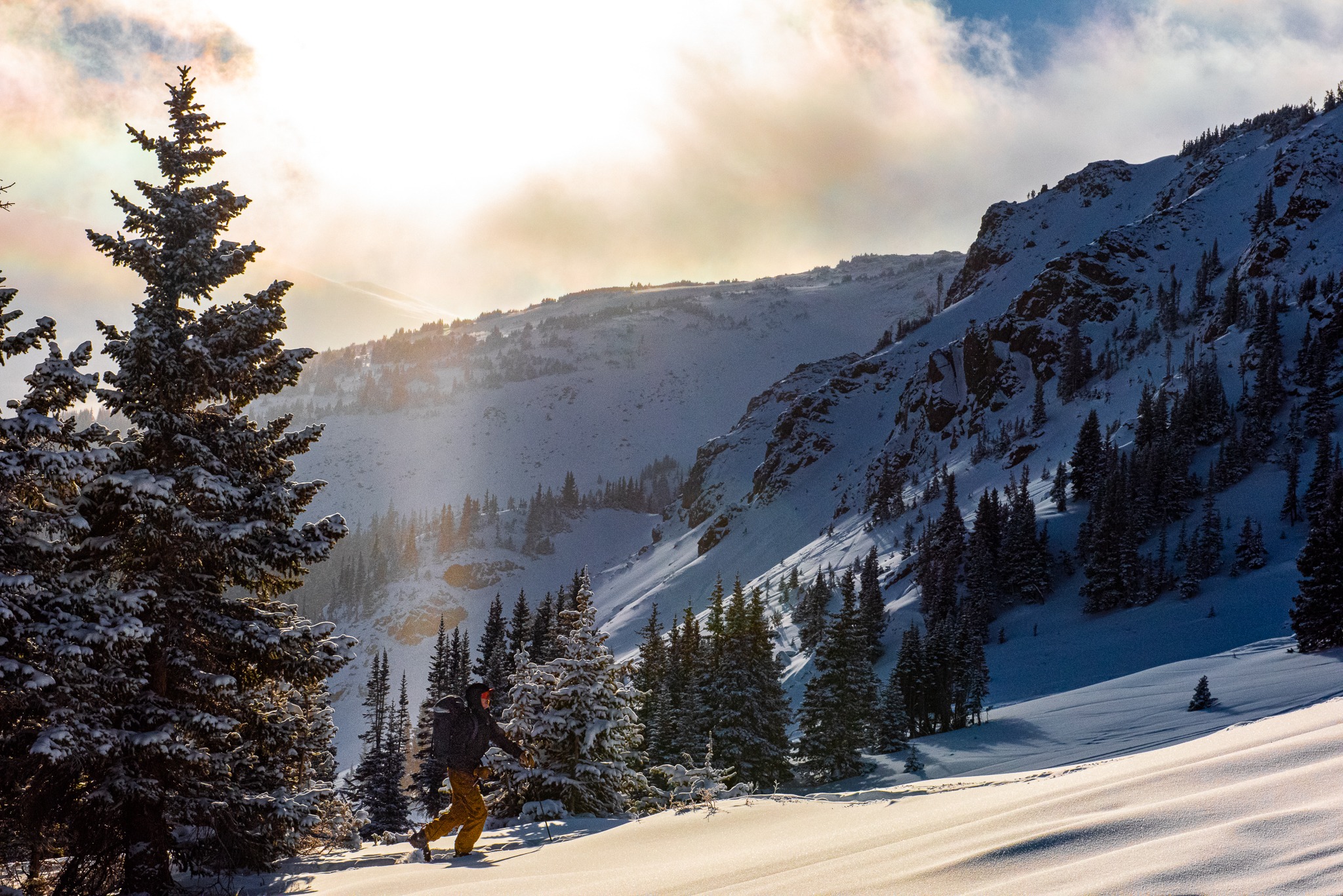 This week’s edition of the POW Dispatch places a huge emphasis on incoming Biden administration appointees, including Jennifer Granholm, Deb Haaland , Gina McCarthy and Michael Regan. With each new official appointee, it becomes clearer and clearer that climate is a top priority for President-elect Joe Biden. After four years of setbacks in the realm of climate legislation, the United States is poised to once again take the lead in the global reduction of human-caused greenhouse gas emissions that are the root cause of climate change. Read through the stories below for the top climate takeaways from this week.

Note: The POW Dispatch will be on a two-week hiatus through the end of 2020. We wish you all a happy and healthy holiday season.

“[Granholm] is a proven leader on jobs, renewables, and a clean energy future who will bring empathy and experience to the Department of Energy. And she’s a trailblazing former governor who constantly lifts up other women.” —  Christine Pelosi, a Democratic strategist in California

You may recognize Jennifer Granholm’s name from way back during the Obama administration, when she worked on the auto-industry bailout, pushing major manufacturers toward investment in green technology, such as battery storage. In the years since production planning for electric cars has accelerated remarkably. Granholm’s experience promoting clean-energy manufacturing will be instrumental in Joe Biden’s implementation of his $2 trillion climate plan.

As the energy secretary, Granholm will oversee and lead research into electric vehicle technology and infrastructure,  renewable energy, decarbonized buildings, carbon capture and nuclear power. Granholm has long been a climate champion, and it stands that her track record of advocating for a shift from fossil fuels to renewables, electric vehicle adoption and a clean energy economy will infuse new life into climate legislation under the Biden Administration. 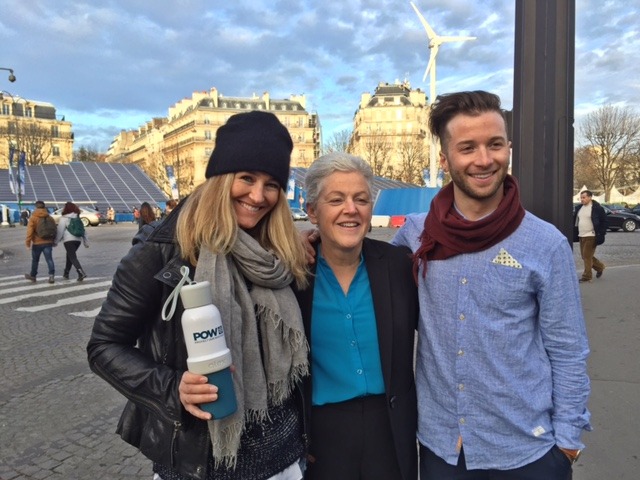 “Every bit of federal dollars and how it’s expended can be managed by the executive branch in a way that will promote clean energy and drive new energy investments.” – Gina McCarthy, the incoming head of the White House Office of Domestic Climate Policy

Addressing the problem of climate change is going to take feistiness. Joe Biden’s pick for domestic “climate czar,” Gina McCarthy, is just that, and more. The evidence? As president of the Natural Resources Defense Council (NRDC), she’s sued the Trump administration over 100 times, successfully overturning its attempts to delay energy efficiency rules and protections for threatened species.

McCarthy is a long-time friend and supporter of Protect Our Winters (POW). She co-wrote an Op-Ed with POW Alliance member and Olympic silver medalist Gretchen Bleiler, that hit during the 2015 Winter X Games, that painted a picture of the current and future effects of climate change on the winter sports industry, using examples from Bleiler’s home of Aspen, Colorado. McCarthy also made sure POW was “in the room” during the announcement of the Clean Power Plan, and co-hosted a POW climate panel during the 2016 SIA Snow Show.

McCarthy will serve as the domestic counterpart to John Kerry and will be tasked with integrating climate policy throughout federal legislation. McCarthy ran the Environmental Protection Agency under President Obama and spearheaded many of the administration’s most instrumental climate policies, including the Clean Power Plan and the brokering of the Paris climate accord in 2015. That significant experience makes her ready to hit the ground running on day one and re-establish an aggressive domestic climate agenda for the United States. 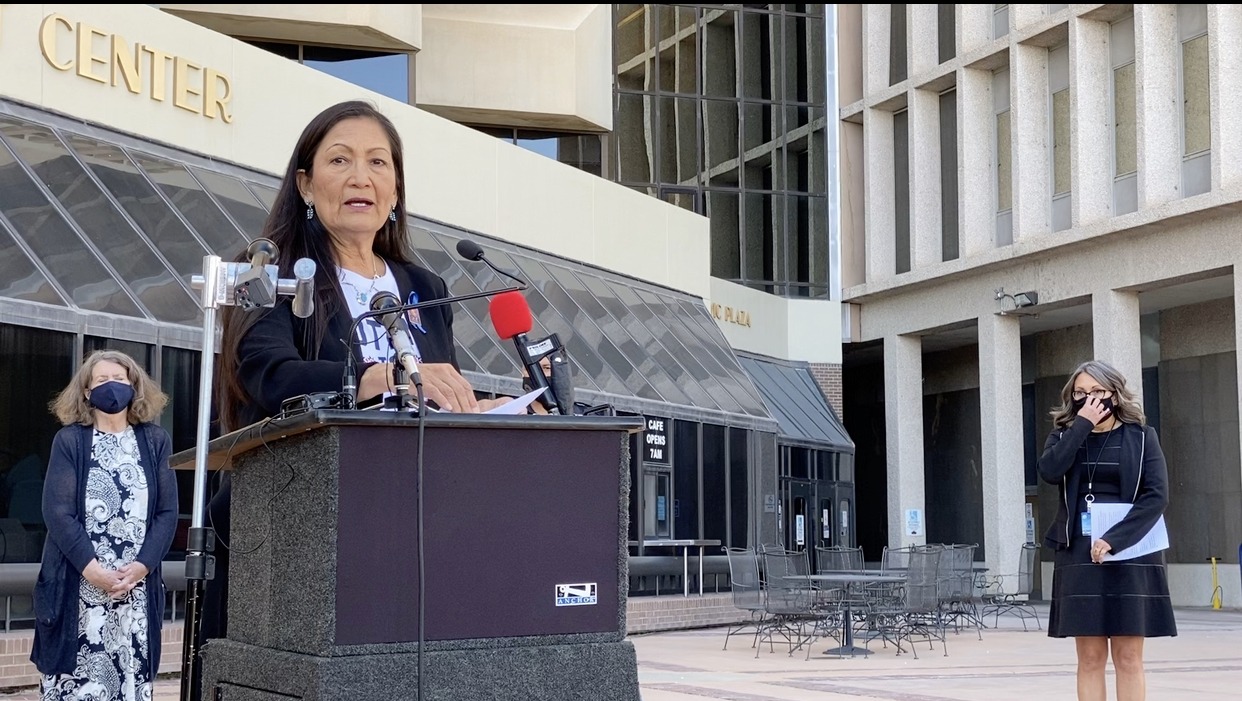 Haaland will become the first indigenous person to assume the role of interior secretary, a profoundly huge moment for Native Americans, whose tribes are subject to decisions—good, bad and everything in between—made by the Department of Interior (DOI). Not only does Haaland’s selection signal a shift in how the federal government interacts with indigenous people in America, but reflects a commitment to looking the climate crisis in the eye and investing in clean energy, especially when it comes to America’s public lands.

The intersection of public lands and indigenous treatment is natural, with the federal government doing significant damage to its relationship with tribes across the country during the past four years, due to its exploitation of public lands as sources of fossil fuels. Examples include the removal of protections from sacred tribal areas in Utah’s Bears Ears National Monument and the oil lease sale in the Arctic National Wildlife Refuge, the main breeding grounds for the Porcupine caribou herd, which the Gwich’in people rely on as a critical food source. With nearly a quarter of the nation’s carbon emissions coming from public lands, it’s imperative that, under Haaland’s leadership, the DOI follows through with Biden’s promise to halt all new oil and gas drilling on public lands and waters. 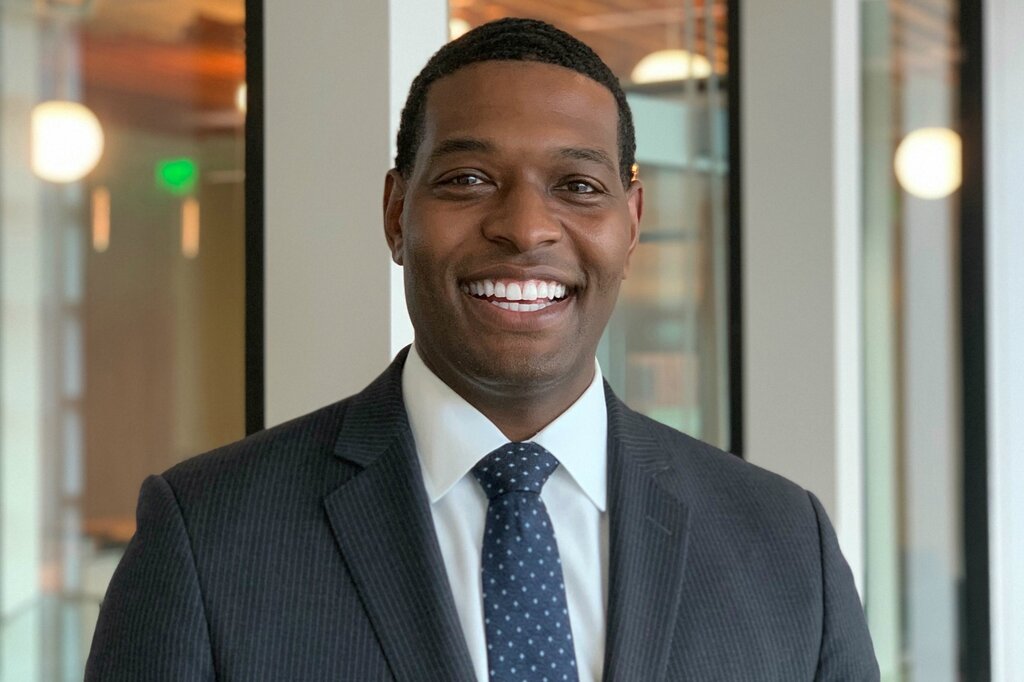 Regan’s nomination would put him at the head of the Environmental Protection Agency (EPA), which is crucial to implementing President-elect Joe Biden’s climate plans, including the elimination of carbon emissions from the power grid by 2035 and setting forth on the road to net-zero emissions by 2050. Regan, 44, would be tasked largely with putting back together regulations that were rolled back over the past four years under the Trump Administration.

As secretary of the North Carolina Department of Environmental Quality (NCDEQ), Regan created a clean energy plan that sought a 70-percent emissions reduction from the state’s power sector by 2030 and to be carbon neutral by 2050. Earlier this year, Regan also negotiated a deal with Duke Energy to clean up toxic coal byproducts at six power plants and the state. The list goes on.

Regan is also chair of North Carolina’s environmental justice subcommittee of its Task Force for Racial Equity in Criminal Justice.

Regan’s track record of supporting clean energy policy, along with his work on environmental justice in North Carolina make his nomination an important step in accelerating the United States back toward climate action. The ramifications of a warming planet and changing climate often hit hardest for people of color and other marginalized communities. Systemic changes are needed for both, and strong leadership atop the EPA is surefire progress toward that.

E.U. Leaders Reach Deal to Reduce Emissions by at Least 55% 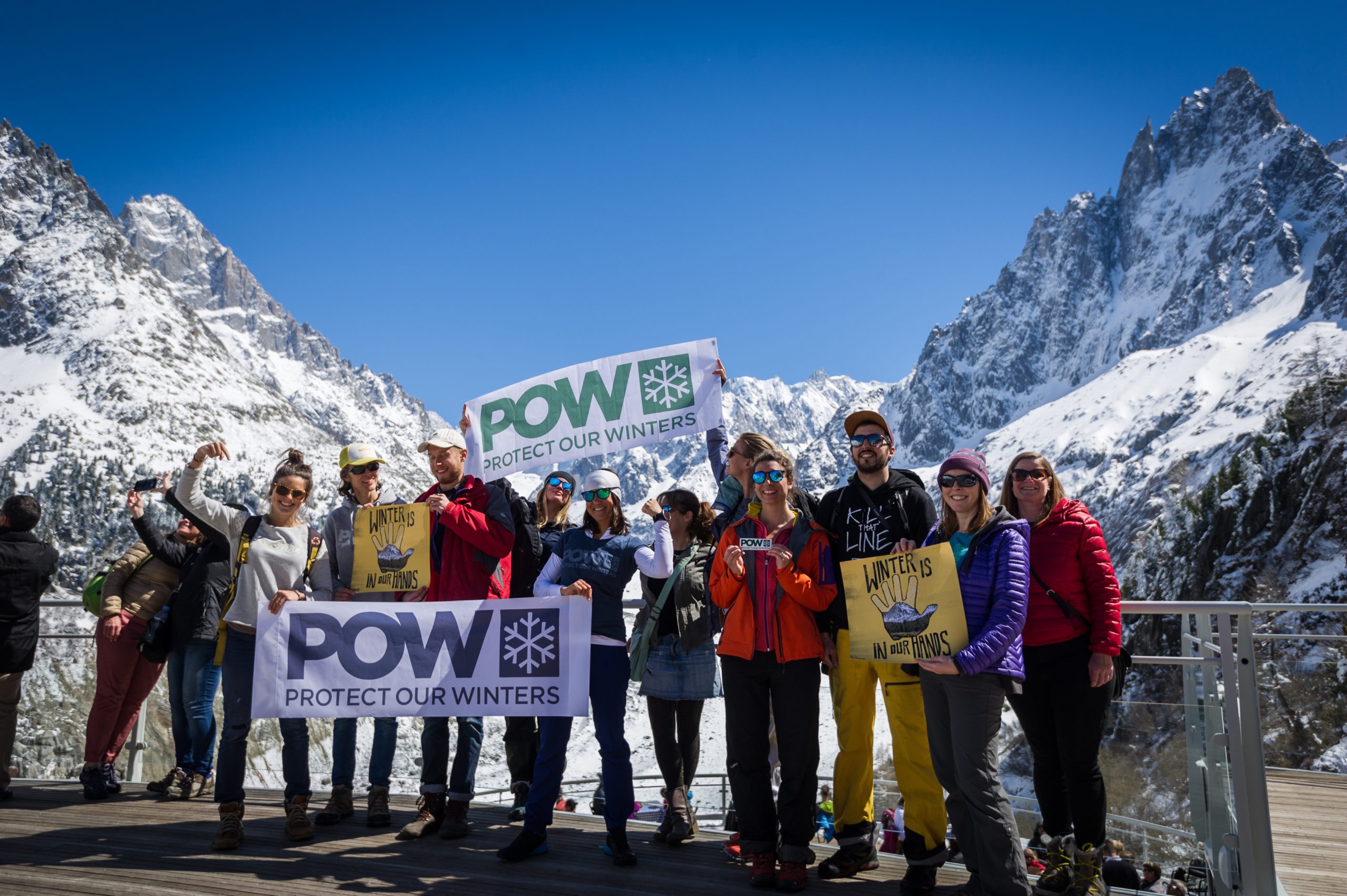 POW representing during the People’s Climate March in Chamonix, France, 2017.

“Europe is the leader in the fight against climate change. We decided to cut our greenhouse gas emissions of at least 55% by 2030.” – EU Council president Charles Michel

At a two-day summit in Brussels, Belgium, last week, European Union leaders came to an agreement to cut the bloc’s total greenhouse gas emissions by at least 55% (compared with 1990 levels) by 2030. The agreement was a big win, as several coal-reliant nations were reluctant to support the 55% goal at first, but the ambitions cleared the path for the EU’s goal of carbon neutrality by 2050. The new goals came a day before the five-year anniversary of the Paris agreement, just in time to present re-evaluated emissions goals that pertain to the framework of the agreement.

An original attempt to reach an agreement in October failed due to financial concerns from eastern European countries that were set to have a more difficult transition to a green economy. However, the new 1.82 trillion-euro financial package is designed to assist those member nations that face a particularly uphill battle in transitioning to a green economy. This aligns with one of the pillars of the Paris Agreement, that developed countries with better resources will lend a helping hand to those without the proper infrastructure to achieve the goals set out by the agreement. 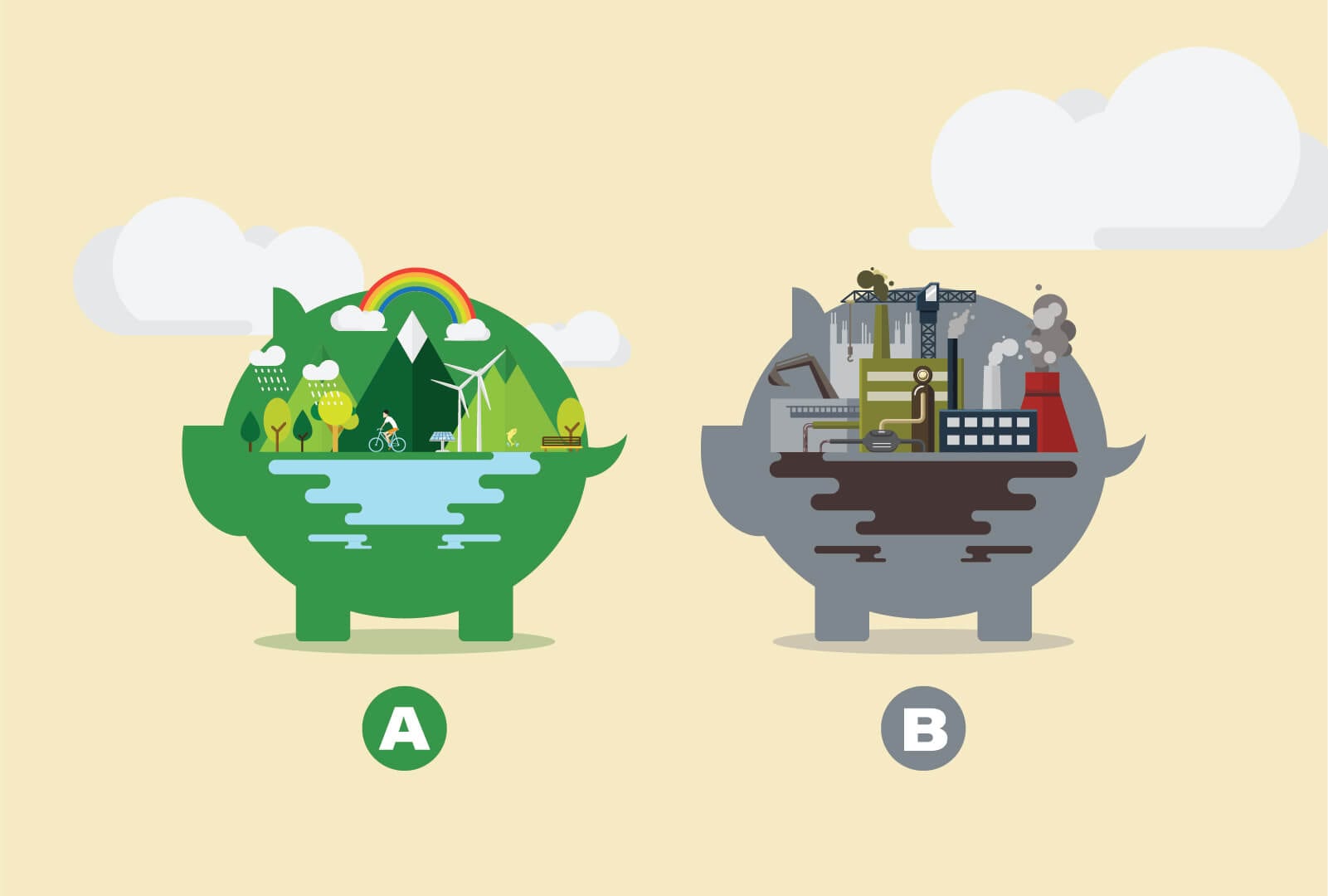 “Today’s announcement from the Comptroller is an exciting, bold, and responsible leadership position, one that sets a high bar in a vital year for climate action,” Liz Krueger, New York Senator

Earlier in 2020 (yes, that was this year!), POW joined the Stop the Money Pipeline (STMP) coalition, which targeted the United States’ financial sector’s support of fossil fuel exploration. One target of STMP is pension fund divestment, and the announcement from New York is a crucial victory towards pushing the financial sector to steer clear of fossil fuels.

New York’s commitment doesn’t stop at simply divesting from fossil fuel contributions, but promises to completely decarbonize the fund by 2040, putting it 10 years ahead of the Paris Agreement timeline of carbon neutrality by 2050. This will hopefully put added pressure on other big institutions to follow New York’s lead.

Gore: Biden can ‘rally the world’ to fight climate change 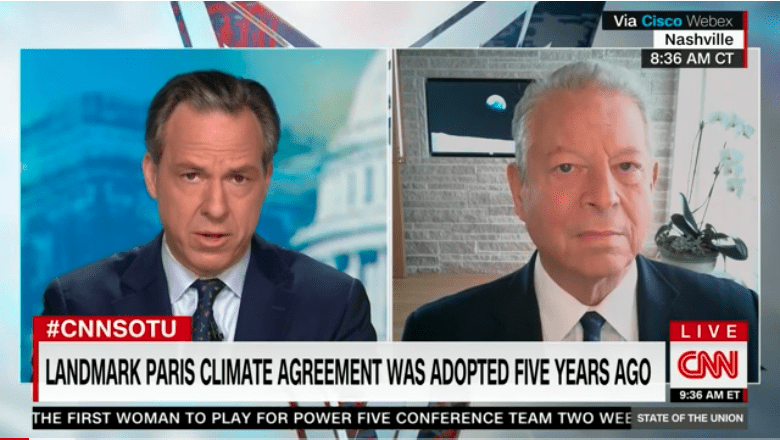 “We are seeing today, with the first distribution of these vaccines that the scientific revolution is still accelerating in its power, and that’s also true where the solutions to the climate crisis are concerned. Ninety percent of all new electricity generation will come from solar and wind and renewables, we’re seeing a dramatic advance with nation after nation announcing just in the last few months major new commitments that quickly phase out the global warming pollution that’s causing this crisis. Now, the crisis is still getting worse faster than we’re deploying solutions, but with the United States restored to its traditional post World War II position of leader within the community of nations, president-elect Biden can really rally the world to make more rapid progress in solving the climate crisis.” – Vice President Al Gore

One of the main objectives of the Paris Agreement is the rapid advancement of new technologies to rapidly cut global greenhouse gas emissions. There is overwhelming evidence, especially considering the herculean effort put forth to develop a COVID-19 vaccine so quickly, that new climate-focused technologies are attainable now and in the near future. A commitment by the United States to put renewed focus into climate solutions will have huge ripple effects globally to help meet the goals of the Paris Agreement. The United States’ first step in re-assuming its status as a leader on climate will be rejoining the Paris Agreement, something President-elect Joe Biden has pledged to do immediately upon taking office in January.