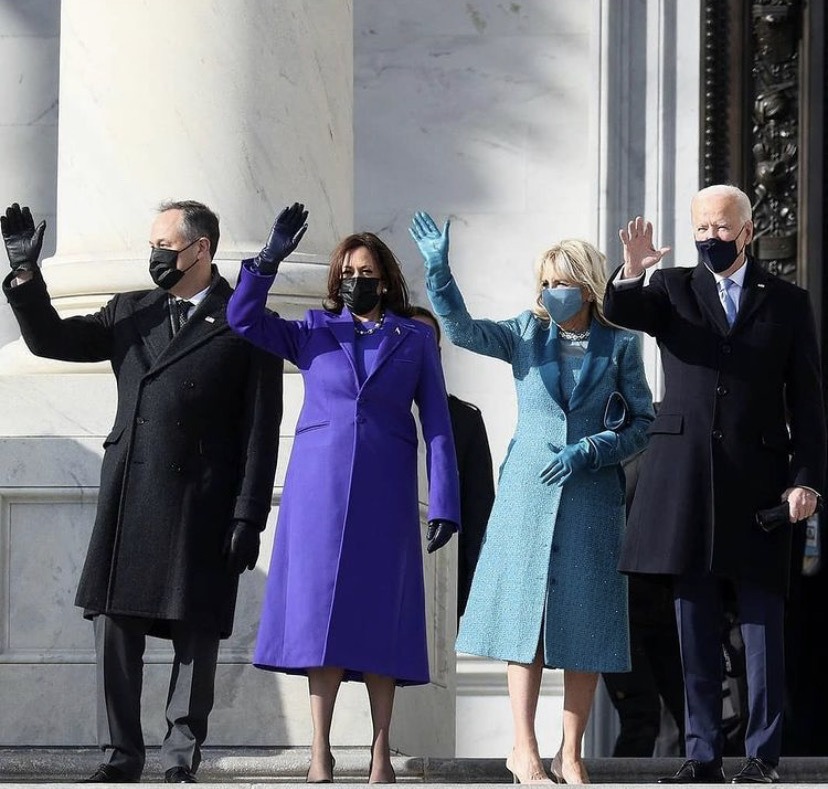 Joe Biden took office as the 46th President of the United States on Wednesday. On his first day in office, President Biden signed wide-ranging executive orders, many of which align with his campaign pledge of an aggressive approach to climate change. The big headline, the number one draft pick in our Dispatch topics, is his recommitment to the Paris Agreement, which will propel the United States back into a leadership position on climate. Read about that, and much, much more, in this week’s Dispatch.

The biggest promise of the Biden-Harris campaign came to fruition on Joe Biden’s first day in office, as the United States officially recommits to the Paris Agreement. (For a refresher on the framework of the Paris Agreement, click here.) Protect Our Winters and the Outdoor State have urged President Biden to rejoin Paris immediately upon taking office following his election in November. His actions on day one paint a bright picture of the country’s commitment to tackling the climate crisis under his leadership.

With this monumentally important milestone notched into Biden’s presidential belt, the country, and the Outdoor State, can take a momentary sigh of relief—we know it’s been a tough road since former President Trump’s announcement that the United States was backing out of Paris. Head out into the woods this weekend and reset, but be prepared to come back and get to work.

President Biden’s executive order to join Paris will only achieve success if aggressive domestic climate legislation is passed that sends the country’s emissions into a free fall. This will require the cooperation of Congress.

Let your Representatives and Senators know you want them to work with the President in finding solutions to climate change.

Through executive order, President Biden also revoked the permit for the Keystone XL pipeline, which would funnel oil from the Canadian oil sands to the Gulf Coast of the United States. The pipeline was set to transport 830,000 barrels of oil per day and would add unnecessary carbon pollution into the atmosphere. Opponents of the permit revocation cite job loss as a negative side effect, however, once pipeline construction is completed and wells are in the ground, jobs leave, creating a boom and bust situation for rural economies. President Biden’s climate plan intends to create well-paying clean-energy jobs in its commitment to transitioning away from fossil fuels and to renewables. The shuttering of the Keystone XL pipeline is a win for the climate, bottom line.

Biden blocks drilling in ANWR, among his first acts as president

“In light of the alleged legal deficiencies underlying the program, including the inadequacy of the environmental review required by the National Environmental Policy Act, the Secretary of the Interior shall, as appropriate and consistent with applicable law, place a temporary moratorium on all activities of the Federal Government relating to the implementation of the Coastal Plain Oil and Gas Leasing Program.” – Executive Order on Protecting Public Health and the Environment and Restoring Science to Tackle the Climate Crisis

In a wide-ranging executive order signed by President Joe Biden on his first day in office, a temporary moratorium was placed on all oil and gas activity in the Arctic National Wildlife Refuge. The Refuge has long been a target of the fossil fuel industry for the billions of gallons of oil it potentially held and was approved for oil and gas exploration by former President Trump through the 2017 Tax Cut and Jobs Act. However, a lease sale held earlier this month garnered little interest, with only three bidders purchasing leases.

The executive order is a huge win for the decades-long battle to protect the Refuge and, coupled with the additional pieces of the executive order, signals the Biden administration’s intent to keep climate at the forefront of their agenda. However, the moratorium is still temporary and falls short of permanent protection of the Refuge, which was a promise made by the Biden-Harris campaign. With Democrat control of Congress, however, it’s a step in the right direction toward legislation that will keep the Refuge off-limits to fossil fuel interests. The health of the Arctic paints a picture of the health of the climate globally, and banning oil and gas development on these public lands will help push the country forward on its mission to reach carbon neutrality by mid-century, as outlined in the Paris Agreement.

The 10-year leases issued earlier this month gives lease-holders legal rights to pursue exploration in the Arctic, but there are avenues for the Biden administration to stop them. One step you can take is writing to incoming DOI secretary Deb Haaland, who will oversee the review of oil exploration in the Arctic, and letting her know the Outdoor State supports permanent protection of the Arctic National Wildlife Refuge. Click here to make your voice heard. 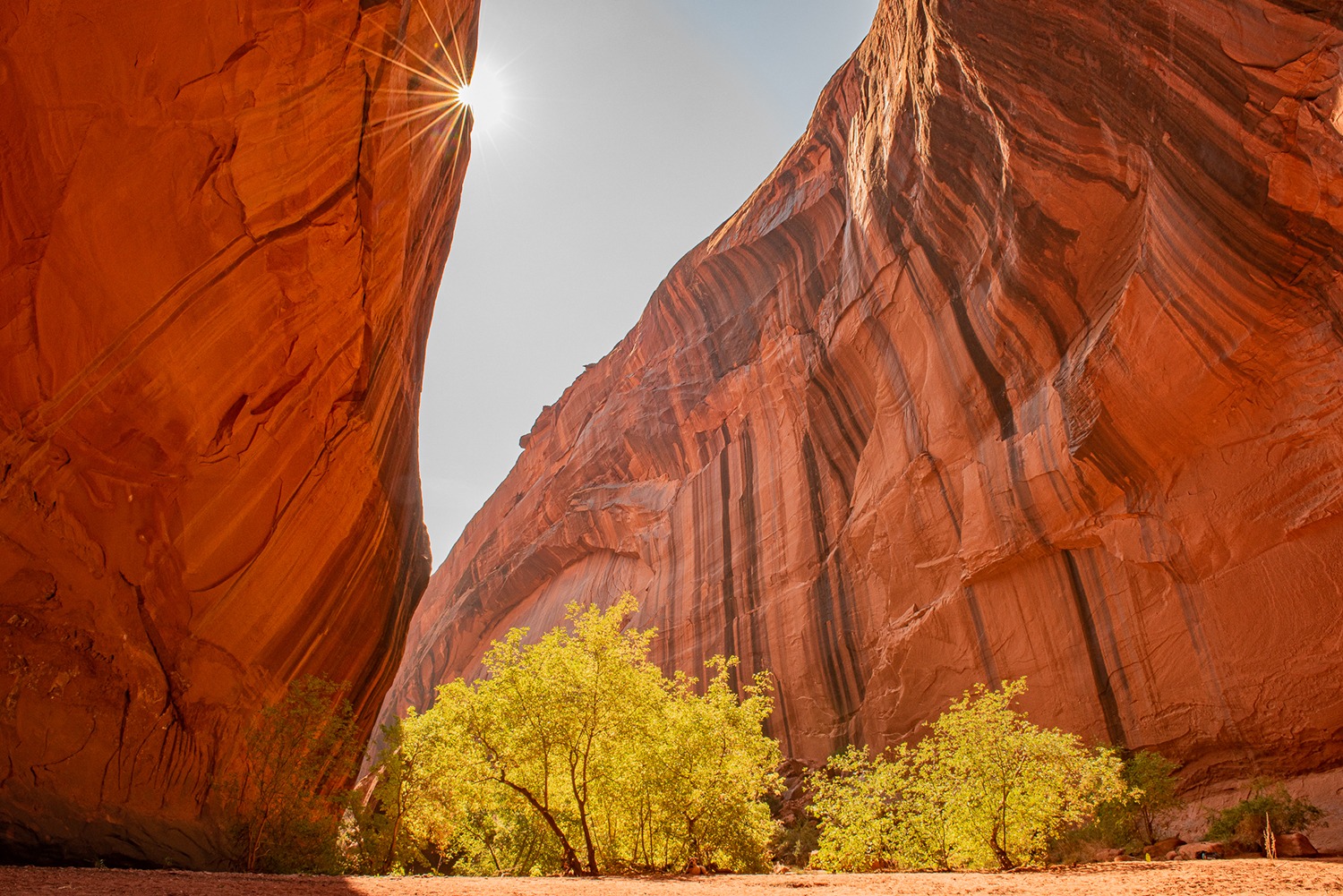 The Trump administration’s 2017 decision to shrink both Bears Ears and Grand Staircase-Escalante national monuments in Utah, was one of many examples of the administration’s attempts to open America’s public lands to energy extraction. Not only did this diminish the opportunity for outdoor recreation on one of the country’s most awe-inspiring desert landscapes, but it threatened wildlife habitat and sacred cultural sites. On his first day in office, among a slew of actions, President Joe Biden signed an executive order calling for, among other bullet points centering around climate and the environment, a review of the boundaries set for Bears Ears by Trump’s executive order in 2017. The monument review will be headed by Rep. Deb Haaland, Biden’s pick for Secretary of the Department of Interior (DOI), and Biden’s order instructs the secretary to submit a report within 60 days with a review of the summary of her findings as well as recommendations.

Public lands are ground zero in terms of addressing the climate crisis in the United States. Currently, 20 to 25 percent of the country’s greenhouse gas emissions can be traced back to fossil fuel extraction on public lands and shutting off that toxic faucet is one of the most viable solutions to curbing carbon emissions.

Local government officials in Utah have opposed the expansion of the monuments, citing federal overreach and a desire for state management as the reason for their opposition. There will surely be continued pushback regarding the Biden administration’s decision regarding Bears Ears, Grand Staircase-Escalante and similar public land designations. Legislation approved by Congress will be the next steps needed to permanently protect America’s public lands, which will require the voters who elected Biden based on his climate-forward policy promises, to continue to hold him and his administration accountable.

“Protecting America’s natural treasures by… banning new oil and gas permitting on public lands and waters.” – An excerpt from the Biden Plan for a Clean Energy Revolution and Environmental Justice

On Wednesday, the DOI froze the issuance of oil and gas permits on public lands for the next 60 days, adding momentum to President Joe Biden’s campaign promise to block oil and gas drilling on public lands. The order also pauses the transfer of public lands back to states, which puts federal areas under risk of fossil fuel exploitation.

America’s public lands would rank fifth in the world for greenhouse gas emissions if they were their own country. That’s astounding and unacceptable. Protecting public lands, owned by the citizens of the United States, from oil and gas extraction is climate action, and is a huge step toward meeting the goals of the Paris Agreement.

Once secretary of the interior nominee Deb Haaland is confirmed, her signature would be required to establish permanent protections for public lands from new oil drilling. Reducing and eventually eliminating fossil fuel emissions from public lands is imperative to combating climate change, and holding the incoming administration accountable for this is a crucial step in safeguarding our outdoor playgrounds from the effects of climate change. 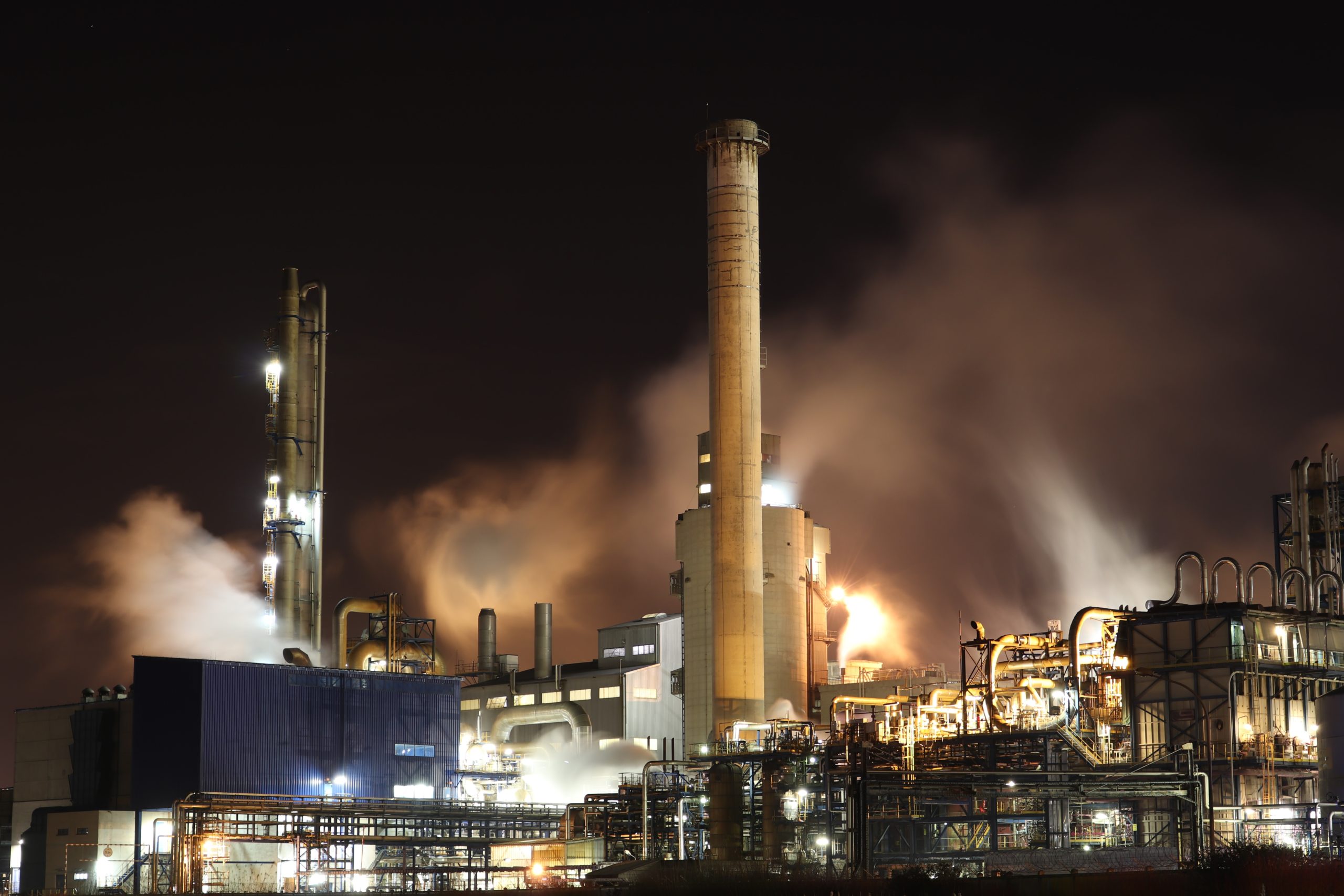 “An accurate social cost is essential for agencies to accurately determine the social benefits of reducing greenhouse gas emissions when conducting cost-benefit analyses of regulatory and other actions.” – Executive Order on Protecting Public Health and the Environment and Restoring Science to Tackle the Climate Crisis

The United States is implementing a framework that accounts for the economic impacts of greenhouse gas emissions. In the fifth section of the Executive Order on Protecting Public Health and the Environment and Restoring Science to Tackle the Climate Crisis, Biden calls for a working group to create three metrics used to estimate the economic damages associated with increases in greenhouse gas emissions that are the biggest culprit of global climate change. The metrics include the social cost of carbon (SCC), social cost of nitrous oxide (SCN) and social cost of methane (SCM).

Putting a price on carbon helps account for the actual cost of burning fossil fuels, creating a more competitive market for clean energy sources. In addition, these metrics will help create ways to determine accountability, which is a crucial aspect of meeting the targets set in the Paris Agreement and will give companies an economic framework as they address their own carbon footprint.