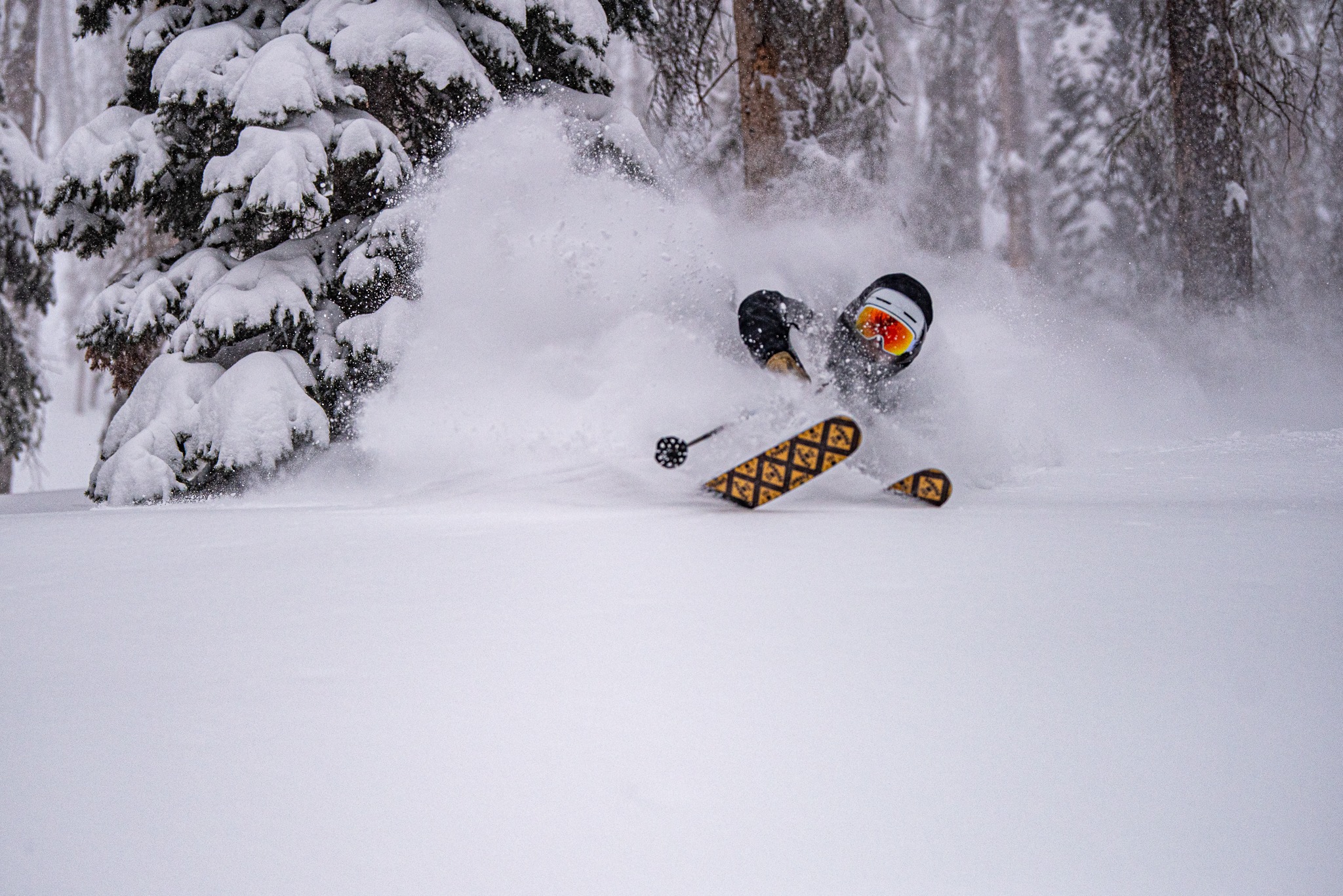 In his second week in office, President Joe Biden continued his string of executive orders focusing on tackling climate change. Most notably, he directed the secretary of the Department of Interior to pause on issuing any new oil and gas leases on federal lands and waters. In addition, manufacturers are investing more and more in their electric vehicle fleets, which will help the United States gain momentum in taking a chunk out of the transportation sector’s emissions problem. Read more in this week’s POW Dispatch.

Biden signed two executive orders and a memorandum Wednesday. Here’s what they do 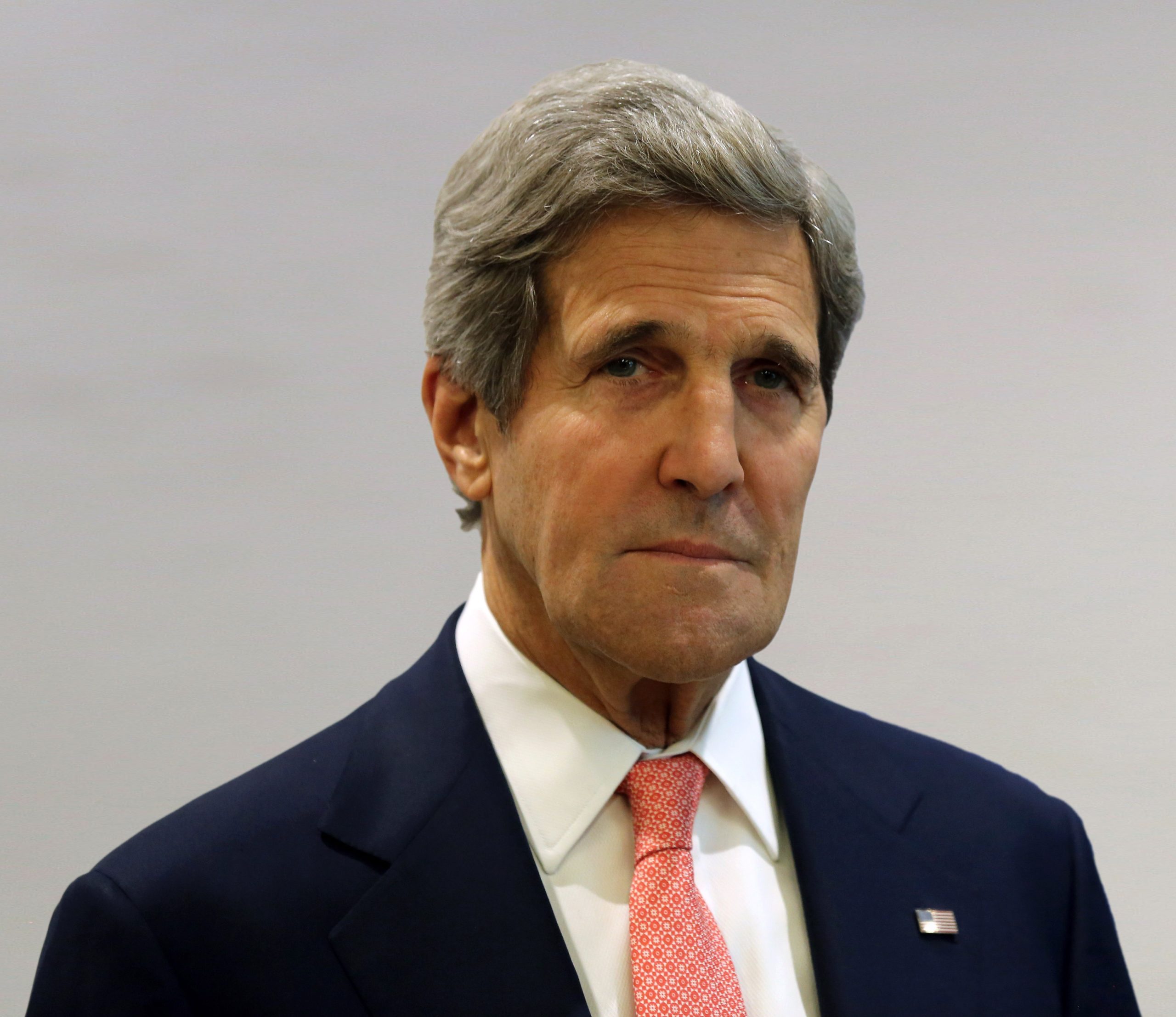 Special Presidential Envoy for Climate, John Kerry, was elevated to a position on the National Security Council per an executive order signed by President Joe Biden this week.

“Unlike previous administrations, I don’t think the federal government should give handouts to big oil to the tune of $40 billion in fossil fuel subsidies.” – President Joe Biden

On Wednesday, President Joe Biden signed two separate executive orders relating to climate. The order puts climate change at the center of United States foreign policy and national security; it’s at the front of the lift line to be whisked away to the mountaintop of the country’s priorities. Notably, the first order directs the secretary of the interior to pause on entering into new oil and natural gas leases on public lands or offshore waters. This is a high-five moment, the kind you make at the top of a long backcountry tour, as it’s a big step toward limiting greenhouse gas emissions from federal lands. Permanently protecting America’s public lands from oil and gas extraction is a huge opportunity to limit carbon emissions as we work toward carbon neutrality as recommended by the Paris Agreement. Currently, about 20 percent of the country’s emissions can be traced back to its public lands, and preventing new natural gas leases in these areas is a great first step in mitigating that.

The order also starts the process of developing a new emissions reduction target as part of the United States’ own nationally determined contribution (NDC) as outlined in the Paris Agreement (click here to read more about the Paris Agreement’s framework).

Additionally, the executive order instructs the director of national intelligence to prepare estimates on the security implications of climate change and directs all agencies to integrate climate considerations into international work. It also establishes the Climate Task Force, a group of leaders that spans 21 federal agencies, commits to environmental justice and clean infrastructure projects and elevated John Kerry, the special presidential envoy for climate, to the National Security Council.

An interesting segment of the executive order establishes a Civilian Climate Corps, similar to what the United States saw with the Civilian Conservation Corps under President Franklin D. Roosevelt, that will put Americans to work conserving and restoring public lands and waters, increasing reforestation, promoting carbon sequestration in the agricultural sector, protecting biodiversity, improving access to outdoor recreation and addressing the changing climate. An emphasis on creating jobs through the protection of natural landscapes is a huge win for the climate as well as the outdoor industry, as more areas will be reserved and kept up for recreation purposes, not for business interests.

These acts together signify a huge shift in the United States’ commitment to combating climate change and can hopefully spur a cultural shift in our nation’s attitude about climate change, so that not acting on climate is no longer an option, as outlined in POW’s Theory of Change.

Biden’s second executive order puts science back at the forefront of decision-making. If our government once again seeks the input, advice and best available data from expert scientists and engineers, it can make a huge difference in how we tackle the issues of a changing climate in the years to come.

“The more your firms are seen to embrace the climate transition and the opportunities it brings, the more the market will reward your firms with higher valuations.” – Laurence D. Fink, CEO of BlackRock, in an open letter to the world’s CEOs.

A year ago Laurence D. Fink, CEO of the powerful BlackRock investment firm, wrote a letter to the world’s CEOs urging them to factor climate change into the long-term plans of their companies. Following the letter, big corporations like Microsoft, Salesforce and Delta Airlines made huge commitments toward carbon emissions reductions.

During the ongoing COVID-19 pandemic, sustainable investments rose dramatically, with sustainability-oriented mutual funds more than doubling in investment. It proved that green investing is profitable.

Fink distributed another letter this week calling on all companies to “disclose a plan for how their business model will be compatible with a net-zero economy. We expect you to disclose how this plan is incorporated into your long-term strategy and reviewed by your board of directors.”

With the clock ticking on reducing emissions by 50 percent by 2030, quick action is needed. And what’s one of the fastest ways to stop burning fossil fuels? To pull the rug out from under them and stop funding them!

Financial solutions and cultural shift are two of the three pillars of POW’s Theory of Change, with incentivizing a clean energy future being crucial. Buy-in from large corporations holding tons of capital is a huge piece of the puzzle. Continued commitment to operating within a clean energy economy from large, influential businesses will be key for the United States, and the rest of the world, to achieve the goals set out by the Paris Agreement. While the corporate world still has a long way to go in divesting from fossil fuels—BlackRock, itself, still holds investments tied up in coal—a shift in how climate change is incorporated into corporate boardrooms is crucial in aligning with the current trajectory of climate action as outlined by the Biden administration.

For more on how banks play a role in funding climate change, click here. 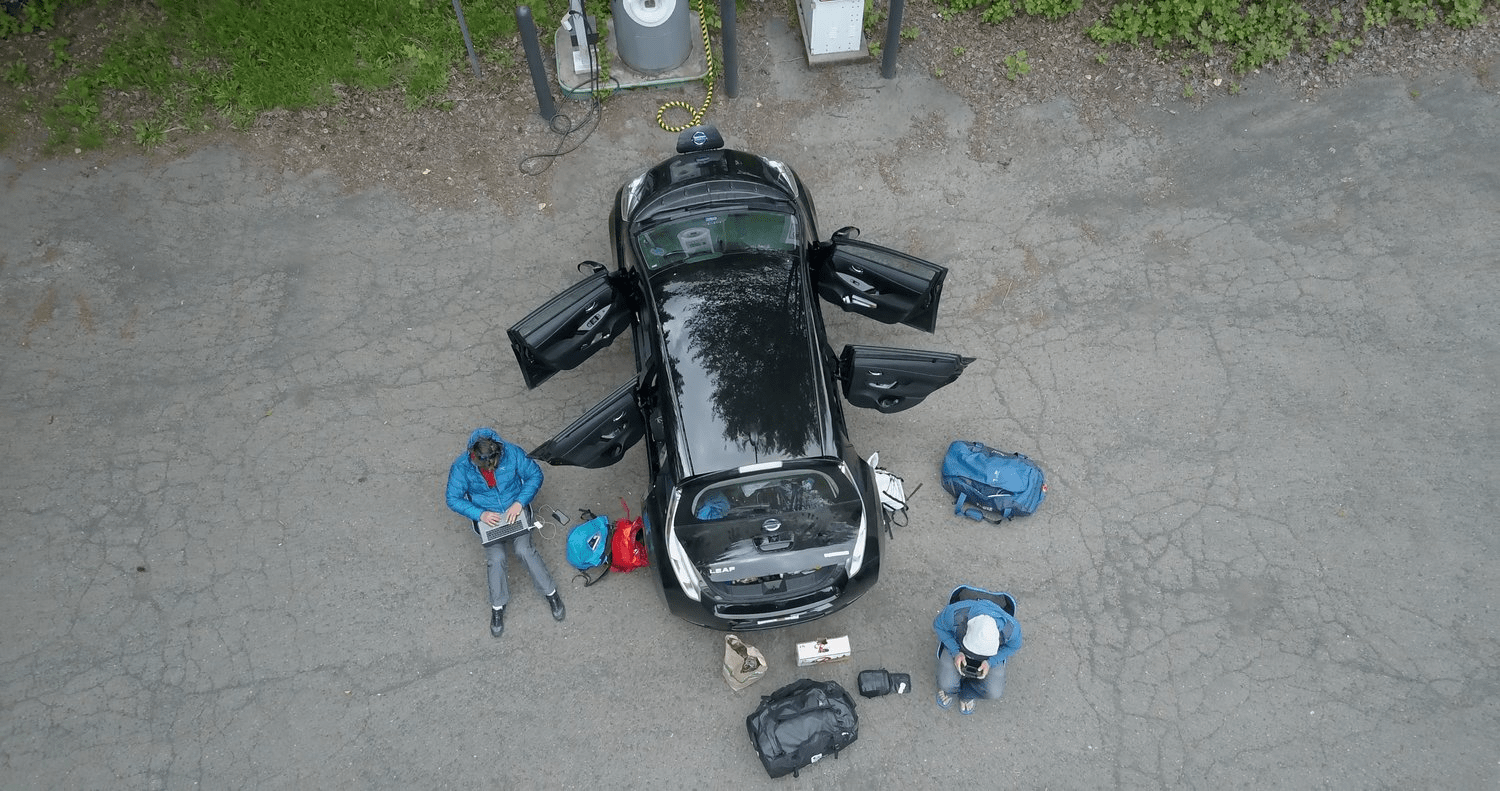 Regarding reaching a point where electric cars become cheaper without government subsidies: “That’s definitely an inflection point. [Then] we really see the adoption of electric vehicles taking off and real market penetration.” – James Frith, head of energy storage at BloombergNEF.

The rapidly decreasing cost of batteries has electric vehicles on the verge of rapid mass adoption. In 2020, global sales of electric vehicles rose 43 percent, and with battery prices plummeting bring the price of electric vehicles down below petrol and diesel automobiles, that trend is set to continue. This tipping point, where tax breaks have made electric cars cheaper than the alternative, has already occurred in Norway, where the market share of battery-powered vehicles is now 54 percent.

The transportation sector is the largest source of greenhouse gas emissions in the U.S. The members of the Outdoor State are all relying on vehicles to get to ski areas, backcountry trailheads, climbing crags and hiking trails, but affordable, carbon-neutral options should be available to help us recreate responsibly. Electric vehicle availability and affordability is a huge solution to the United States’ transit carbon emissions problem and we see a future where the system we operate in promotes electrified transit solutions.

G.M. Will Sell Only Zero-Emission Vehicles by 2035 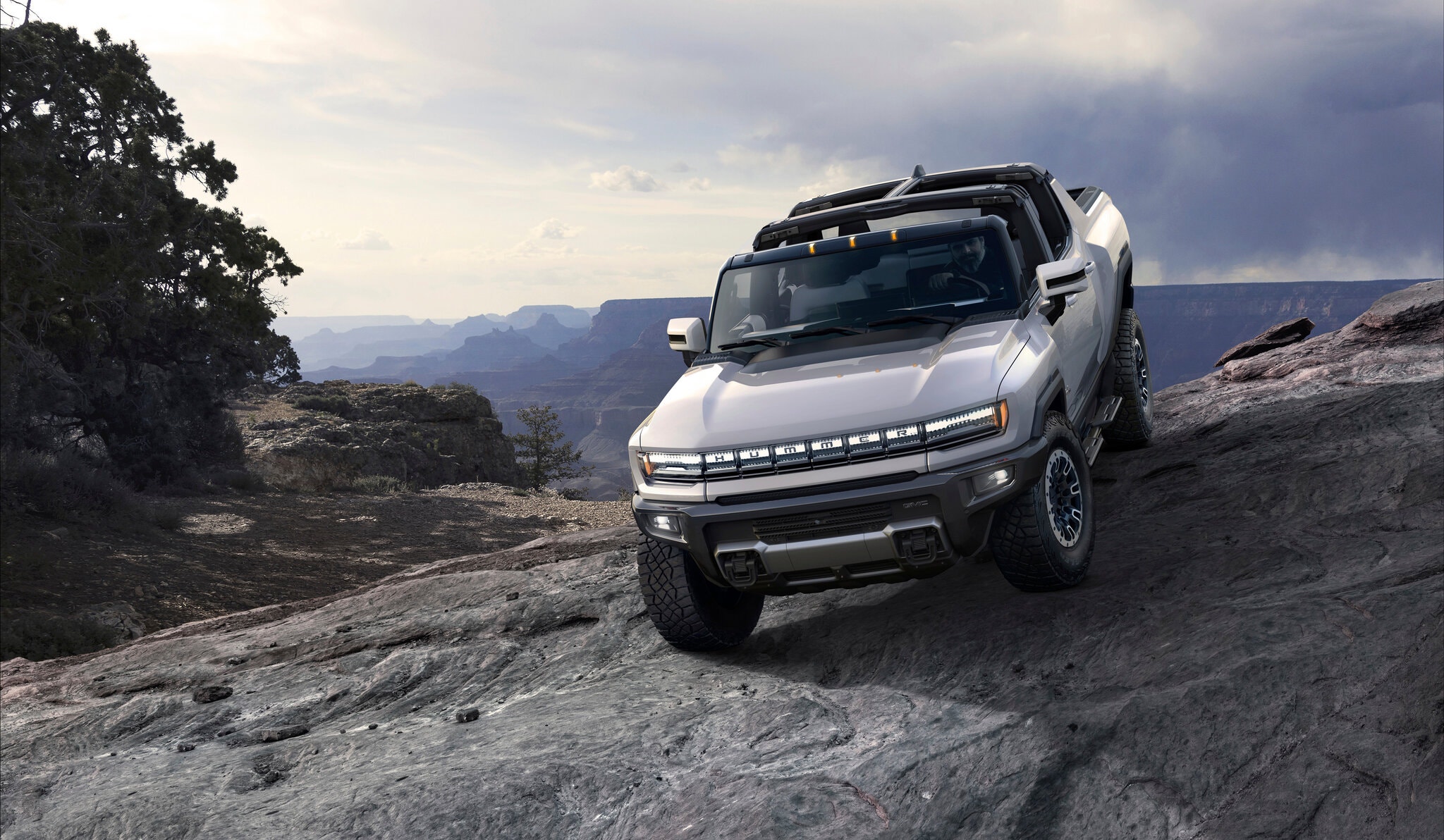 “General Motors is joining governments and companies around the globe working to establish a safer, greener and better world. We encourage others to follow suit and make a significant impact on our industry and on the economy as a whole.” – Mary T. Barra, chairman and chief executive, General Motors

On Thursday, General Motors stated it would phase out petroleum-powered vehicles and sell only zero tailpipe emissions vehicles by 2035. This is a monumental announcement, it’s bigger than when ski patrol drops the rope on a premium stash on a powder day. When one of the largest automakers in the world pledges to pivot to zero-emissions vehicles within the next two decades, it gets the ball rolling for other automakers to follow suit. With GM’s leadership, the announcement could also open the door for the federal government to implement more ambitious emissions targets with the transportation sector, which is the biggest culprit of the country’s greenhouse gases.

With automakers focusing more on electric vehicles, a future where carbon-neutral transportation to our favorite outdoor recreation spots could be a lot sooner than we think.