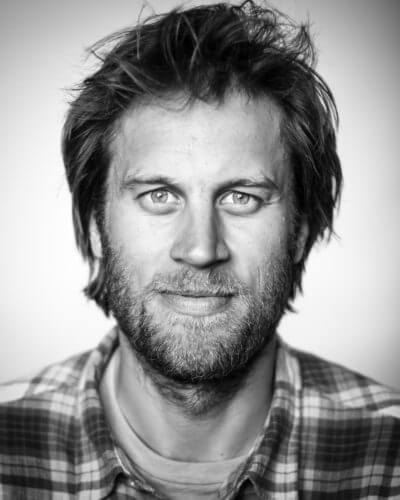 On November 9th, I contemplated some of my imperfections: my truck, my snowmobile, my time in a helicopter and my flights around the world. These guilt laden disqualifications, in my mind, prevented me from ever becoming an advocate for the fight against climate change. Yet on that Wednesday, I realized that perfection cannot be a prerequisite for advocacy. If we all have to be absolved of the totality of our climate sins before taking a step forward, then we will be permanently on this status quo path of a rapidly changing climate. If we don’t take action ourselves, no one else will.

That’s why on November 9th, I texted the founder of POW, Jeremy Jones, “I want in.”

Considering what is happening on a national scale, I realized that this movement is the rise up of the people, the new punk rock rebellion, the Velvet Revolution of our time. It takes us as a whole, no matter what car we drive or footprint we leave, to fight and demand from the powers that be that the energy delivered to us is created renewably, that green technological innovations are invested in nationally and that we show the world that our economic prosperity isn’t separate from our environmental sustainability.

JP Auclair once said something that has stuck with me for years. He said, “It’s not about doing less, it’s about doing more.”

So while my truck may be a guilty burden, I know that truly helping is when citizens and businesses unite to do more. For instance, Arcade Belts, a company I co-founded, is stepping up to the plate with their third annual “White Friday” campaign where $5 from every belt sold on Black Friday through the weekend will be donated to Protect Our Winters. As a company, it makes little financial sense to give away money. But, as a company that was founded in Tahoe, by mountain people who care about their environment, it’s an initiative that represents doing more. It’s an initiative that would never happen if all of us didn’t take a step forward despite what we may think is holding us back.

So while one day I hope to own some super-badass Tesla truck that is plugged into my house running off of solar electricity, for now, I’m proud to join the fight as a skier, an entrepreneur and an occasional climate sinner, to do more for our planet. I’m proud to join Protect Our Winters.