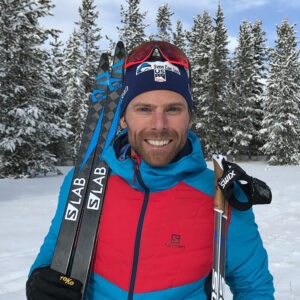 Andrew Newell made the U.S. Ski Team in 2002 and eventually progressed to the US National Team, competing internationally on World Cups and at World Championships for 10 years. He placed third in the 2006 World Cup, becoming the first American Nordic skier to do so in 23 years. Andy has established himself as one of the most consistent sprinters in the world through multiple top 10 finishes.

When he’s not competing, he can be seen pushing halfpipe and big air jumps on cross country skis. Outside of Protect Our Winters, he is also involved in Athletes for Action, an environmental activism program.