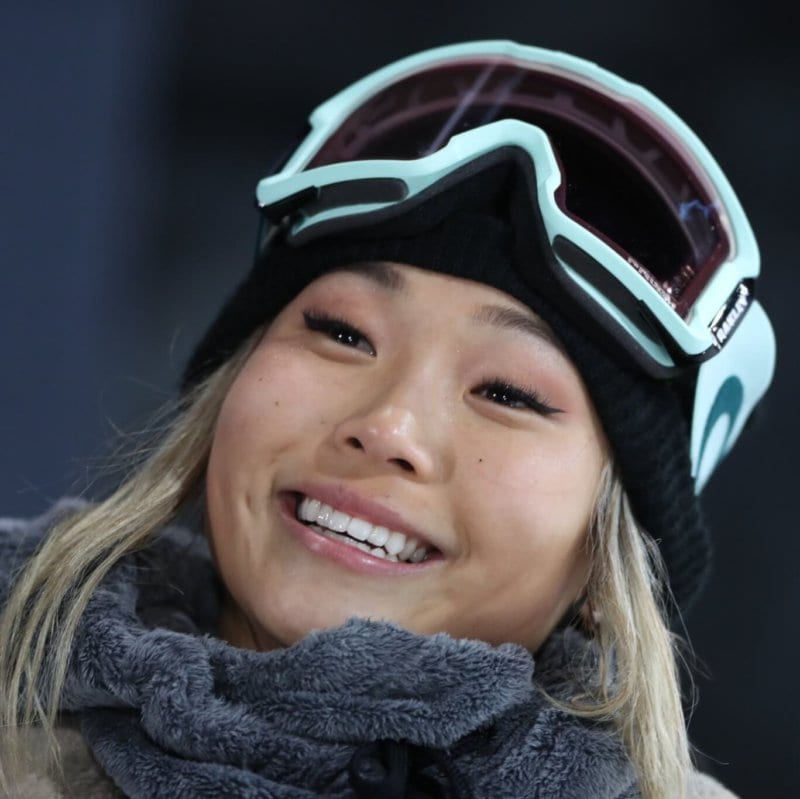 The 2018 Winter Olympics cemented Chloe Kim as the face of both snowboarding and action sports. Winning an Olympic Gold Medal and scoring a 98.25 on her third and final run, Chloe became the youngest woman in history to win an Olympic snowboarding Gold medal.

Prior to the Olympics, Chloe medaled at every event she entered in the 2017-18 season, starting with gold medals at the New Zealand World Cup, Copper Grand Prix and Dew Tour, where she officially clinched her spot on the 2018 Olympic team. In January 2018, Chloe won silver medals at the Mammoth and Snowmass Grand Prix’s and, in the last competition prior to the Olympics, her fourth career Gold medal at the X Games, making her the first athlete to earn four X Games Gold medals before her 18th birthday. She finished the year by defending her title for the third year in a row at the Burton U.S. Open.

Chloe kicked off the 2016-17 season winning Gold medals at the Copper Grand Prix and LAAX Open, pushing her consecutive event win streak to eight. She went on to win the bronze at X Games and the first World Cup Crystal Globe of her career. Chloe finished the season defending her Gold medal at the Burton US Open.

Chloe made history during the 2014-15 season when she became the youngest competitor (at 14 years old) to win a winter X Games Gold medal. 2013-14 was Chloe’s breakout season. The year began with a Bronze medal at the Dew Tour and continued with Chloe grabbing Silver at X Games. She finished the season with another Silver at the Burton US Open – all at the age of 13.

Chloe has had just as much success off of the mountain as she has had on it, being featured on Forbes 30 under 30 list in 2017, TIME’s 30 Most Influential Teens of 2016 and 2017, and espnW’s 2015 IMPACT25 list. In addition, Chloe has been nominated for an ESPY, Kids Choice Sports Award, two Laureus World Sports Awards, and has been on the covers of Sports Illustrated, Sports Illustrated Kids and ESPN Magazine.

Kim adds significant strength to the POW Alliance, bringing far-reaching accomplishment and influence to a following of young individuals who are critical to building an effective climate movement. Kim joins more than 140 professional athletes, scientists and creatives that work with POW to leverage their visibility, platforms and leadership to build awareness and inspire action on climate.