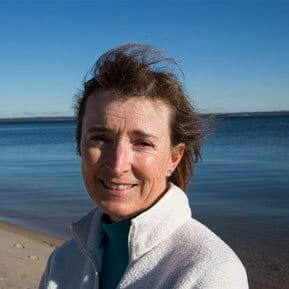 Dr. Jennifer Francis is a research professor with the Rutgers Institute of Marine and Coastal Sciences, studying Arctic climate change and Arctic-global climate linkages, with roughly 40 peer-reviewed publications on these topics.

She has been at Rutgers since 1994, where she has taught courses in satellite remote sensing and climate-change issues and co-founded and co-directed the Rutgers Climate and Environmental Change Initiative. During the 13 months from July 2009-July 2010, her family of four spent a year sailing through Central America. She and her husband circumnavigated the world in a sailboat from 1980-1985, including Cape Horn and the Arctic, which is when she first became interested in Arctic weather and climate.  Francis earned a B.S. in meteorology from San Jose State University and a Ph.D. in atmospheric sciences from the University of Washington.