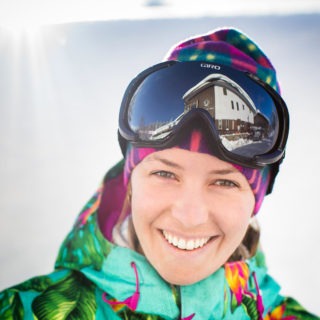 Ingrid Backstrom graduated from Whitman College with a Bachelor of Arts in Geology, and promptly headed to Squaw Valley, California, to live the ski bum life for a year. After entering a few freeskiing contests, Ingrid decided she had found her niche. Awarded Breakthrough Performance in 2005 in addition to being a ten-time Powder Magazine Reader Poll winner, Ingrid has appeared in films such as Steep, All.I.Can, Into the Mind, six Warren Miller films, and The Great Siberian Traverse. Ingrid Backstrom has first descents in Baffin Island, Greenland, and the 20,000-foot Reddomaine Peak in China. When she’s not traveling for skiing, Ingrid is at her home in Central Washington where she spends time running, biking, and gardening with her husband and daughter.