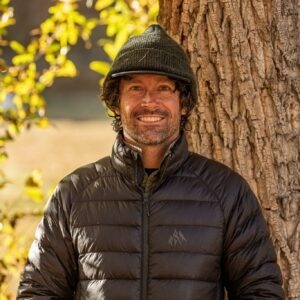 Jeremy Jones is the founder and CEO of Protect Our Winters. Jeremy has been a professional snowboarder for 30 years and is widely regarded as one of the best big mountain snowboarders in the world. Ten times voted “Big Mountain Rider of the Year” by Snowboarder Magazine, he has starred in over twenty snowboard films worldwide. In 2013, Jeremy was nominated by National Geographic as an “Adventurer Of The Year” and a “Champion Of Change” by President Obama for his work fighting climate change with Protect Our Winters. Most recently, Jeremy Jones released Purple Mountains, a film seeking to find common ground in the fight against climate change.