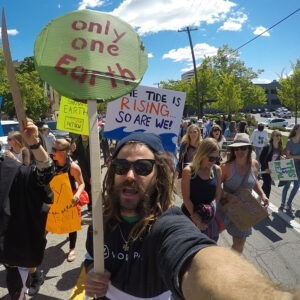 John Jackson started his career as a professional snowboarder as a teen phenom in the park and pipe before redirecting his path towards filming in the backcountry. Known now for his ability to combine his park skills with the world’s steepest lines, his film parts are unbelievable. These parts can be seen in Forum Films as well as Brain Farm. John and his brother Eric also filmed a mini-series with Red Bull called Brothers on the Run. They journeyed from Alaska to the southern top of Chile in search of snow and surf.

When he’s not filming, he runs a jewelry business called Jax Union, which raises money for an orphanage project in Nicaragua. He is also a talented musician, playing the piano, guitar, and mandolin.