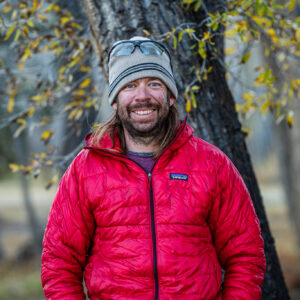 Kurt Refsnider has been infatuated by bikes and long rides since his early teenage years, and little has changed in the subsequent two decades aside from the rides generally getting longer and more remote whenever possible. The world of bike-packing and ultra racing captured his attention in 2007, as he became tired of the cyclocross circuit, and since then he’s won and/or set records in each of the biggest and longest-standing mountain bike ultras, including, Tour Divide, the Arizona Trail 300 and 750, the Colorado Trail Race, the Iditarod Trail Invitational 350, the Grand Loop and more. The long backcountry tours have been the most impactful on his life, and those inspired the creation of Bikepacking Roots, a 501(c)(3) non-profit organization, dedicated to supporting the bike-packing community and the places we ride.

Refsnider holds a Ph.D. in Earth Science and was a professor of Earth and Climate Science for six years before shifting his focus to being squarely on bikes and the empowering experiences they offer. Refsnider is based in Prescott, Arizona but spends a considerable amount of time each year on the road in an old, rattly Chevy van for bike adventures, racing and bike-packing route development projects. In addition to riding professionally, he’s also the Executive Director of Bikepacking Roots and an endurance mountain bike coach.