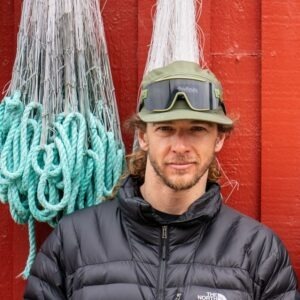 Sage Cattabriga-Alosa is one of the best-known skiers in the film industry and has the record to back it up. He won Best Male Performance from Powder Magazine in 2004, 2009, and 2011. Every year, Sage works with Teton Gravity Research to produce movies, webisodes, and commercial content. Not only is Sage passionate about skiing, but also sustainability, living well, mountain biking, and art.

Through his artistic talents, he produces graphic designs for musicians, designers, and companies such as The North Face and Atomic. In 2018, he released a solo ski and bike film called Elemental, which explores his relationship with the natural world and shows audiences that he’s almost as talented on two wheels as he is on skis.