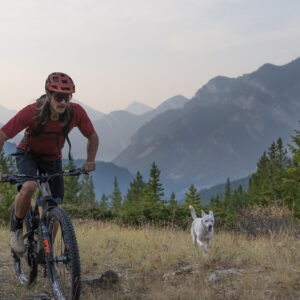 Sam Schultz fell in love with bikes at an early age and they have taken him to some amazing places. He was a focused cross country athlete at first, and was lucky enough to find support to travel and compete on the National and World Cup circuit. The peak of his cross country career was a decade ago during a season where he put it together enough to earn the stars and stripes jersey of a National Champion and was able to represent the US at the Olympics with a 15th place finish in the XCO race.

Significant back issues and a couple of ensuing surgeries took him out of the hardcore cross country ranks, but did not put a damper on his love for two wheels. Since his surgeries, Schultz has become more of a self-proclaimed soul rider, expanding the laser focus that he once had on racing in circles as fast as he could to now spending a lot of time traveling in his van seeking out adventure rides in wild places, and adding dirt bikes and paragliding to his list of passions. He still enjoys jumping into races here and there to stay plugged into the community and keep himself honest, but has switched his main racing focus to providing opportunities to the next generation, running a NICA (high school and middle school mountain bike) League that he started in his home state of Montana.