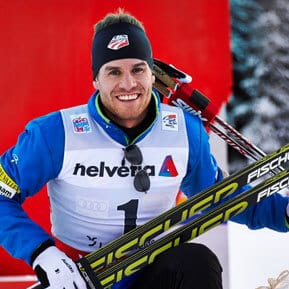 Simi grew up in Aspen, where he grew his skills in a variety of mountain sports. From mountain biking to white water paddling to climbing, he had his pick for what to pursue. Eventually he decided on cross country skiing and remains one of the top sprinters in the world. He became a three-time NCAA All-American with two Olympic appearances, three World Championship teams, and a World Cup stage win. Simi enjoys backcountry skiing in Colorado when he’s not cross country skiing. Outside of his career, he can be found climbing and surfing.