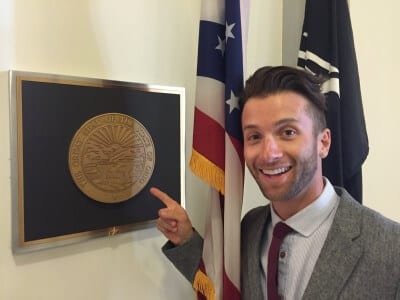 “I love ice cream. A lot. So it’s only appropriate that when Ben & Jerry’s decided to create a custom-freakin-ice-cream to benefit Protect Our Winters, I was not, not going to be there to celebrate. And while I don’t drink alcohol, I know a few people out there do, and New Belgium Brewery did the same thing. With beer, not ice cream. I have a lot of respect for both of these companies, putting some activism before their bottom line. It’s the same thing I do as a volunteer member of the Protect Our Winters Riders Alliance. 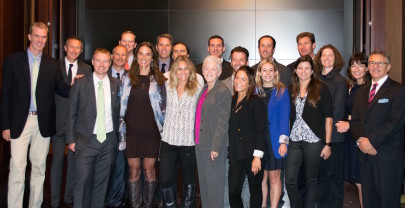 The POW Riders Alliance is a surprisingly effective group. At first glance, it could appear that we are just in DC fighting as a public relations gimmick, a marketing stunt, for some weird self-centered focus. But we aren’t, and after two years of going to DC with them, I’ve seen this firsthand. We fight for winter, for the snowsports industry, and for the health of everyone. We aren’t just doing it selfishly, for our jobs or ourselves. We’re doing it for you, because you’re a snowboarder, or because you’ll eventually have a kid who deserves to breathe clean air and to play in the snow, or because your town’s economy thrives off tourism, or because your drinking water comes from mountain runoff, or because you live at sea level and don’t deserve a house underwater.

This wasn’t some self-congratulatory trip to Washington DC or a pat on the back of the snowsports industry as a PR stunt. It’s a small group of people talking to elected officials for YOU, because you like skiing.

Trust me, if I just needed something to post on Facebook, I probably wouldn’t have bought a suit for it.

I don’t love meetings, politics, politicians, groups of people, cities, dress clothes, or being inside all day. But along with Protect Our Winters I’ll do it, for the second year in a row, because I think that it’s right. And I appreciate Ben & Jerry’s and New Belgium Brewing‘s support of our efforts.

In fact, politics are pretty uninteresting to me. Mountains, however, aren’t. And our efforts in Washington DC apply directly to my adopted home state of Utah. 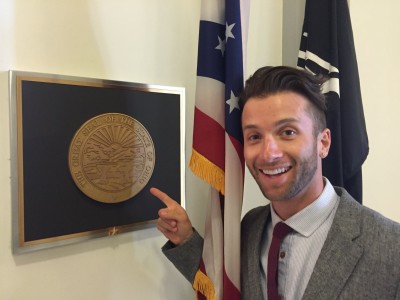 I get so sick of defending Utah and my decision to live here. The disgusting air quality is the first thing everyone mentions when discussing my choice. It’s the first thing you see when you land in SLC, and the last thing you see when your plane takes off. So instead of talking about it until I’m blue in the face, I’m doing something about it. Along with a strong contingent of (volunteer) professional athletes, trade association presidents, entrepreneurs, and heads of businesses, I met with US senators, including Utah’s United States Senator Mike Lee and Senator Orrin Hatch. And while poor Senator Hatch literally denies the overwhelming scientific facts that humans are changing the climate, his staff, along with that of Senator Lee, discussed a healthy future of Utah skiing and tourism, a $1.2B industry. These elected officials are the drivers, but they only get in the car if we push them there. 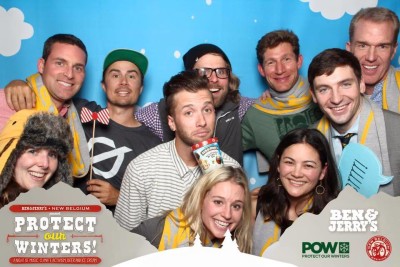 Events such as the Ben & Jerry’s Galactic concert in DC and the Protect Our Winters/New Belgium launch at The Meeting in Aspen solidify a strong group of supporters, but more importantly, they mobilized a demographic—mine—that tends to be largely apathetic, especially when it comes to politics. Along with my fellow POW Riders Alliance athletes, I stood there and personally invited people to write letters, Tweet, and call their elected officials (governors and senators) with their opinions on various topics, including the EPA’s new Clean Power Plan. New Belgium and Ben & Jerry’s did the dirty work—created postcards, iPad apps with auto-send, and mailed all of the correspondence—and we rallied the public to be vocal and CARE. They did. And they do.

So it’s kind of like that movie, from awhile ago, about baseball and it had Kevin Costner and he built a baseball field. And people came. It’s kind of like that. Turns out, people do care. They just need a little push. A little direction. Give them the tools and they will come. They will take action. And we’ll eventually win.”