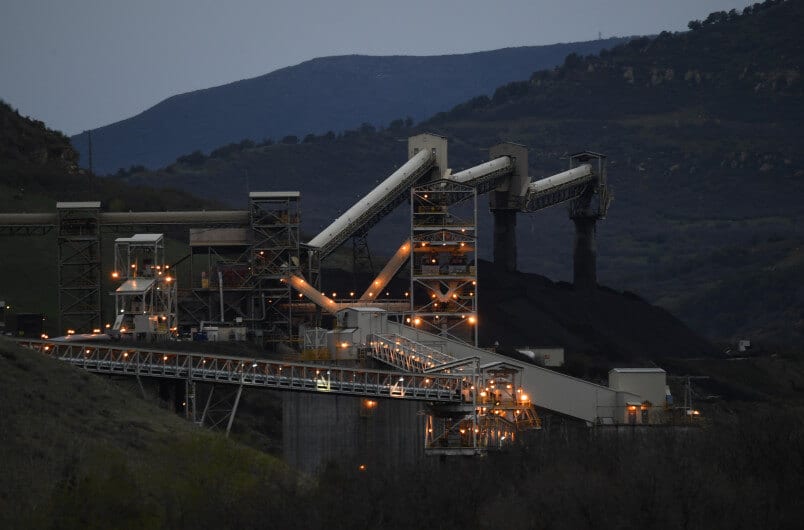 This piece, found here, was originally published in The Denver Post. Here’s what Davenport and Black had to say:

Located near Paonia, the Sunset Roadless Area is a wild landscape of aspen glades, beaver ponds and spruce-fir forests enjoyed by hikers, anglers, hunters and backcountry skiers. Home to abundant wildlife, this 1,700-acre patch of public land is now ground zero for the Trump administration’s effort to expand coal mining in Colorado — with devastating consequences for our climate, environment and outdoor recreation economy. If we fail to stop this plan, vast amounts of natural gas — methane — owned by all Americans will pour into our atmosphere, representing a colossal waste of taxpayer dollars.

At issue is the proposed expansion of the West Elk Mine, which is owned by St. Louis-based Arch Coal, one of the nation’s largest coal mining companies. Arch wants to dig up an estimated 17.6 million tons of coal with its expansion in the Gunnison National Forest, where the Sunset Roadless Area is located.

In June, the Forest Service released a draft environmental impact study and proposal that, if implemented, would allow Arch to bulldoze six miles of roads, drill exploratory wells and erect up to 48 methane drainage wells. For those who are unfamiliar, methane drainage wells are one of the coal industry’s most wasteful and climate-wrecking dirty secrets.

Powered by noisy generators that groan 24-7, these wells suck natural gas — methane — out of coal beds to prevent mine explosions. That makes sense. What makes no sense, however, is that Arch would be allowed to pump this methane directly into the atmosphere. The West Elk Mine has already been Colorado’s largest single emitter of methane due to its existing drainage wells that vent this powerful greenhouse gas into the atmosphere.

This is a ripoff to taxpayers who own that methane and a catastrophe for our climate. Coal mines in many countries collect methane and use it to produce energy, but due to lax federal laws, loopholes and subsidies, U.S. coal mines operating on public lands can vent methane with no penalty. It defies logic and common sense.

As professional athletes, we are deeply concerned with the impacts of climate change, considering we have consistently witnessed snowpack decline. With our fellow Colorado athletes and climate activists Gretchen Bleiler, Cody Cirillo, Benji Farrow, Arielle Gold, Simi Hamilton, Dakota Jones, Eric Larsen, and Meg Olenick, we urge Gov. Hickenlooper to oppose this mine expansion, and at the very least, to ensure the wasted methane is captured.

Because it is located on federal public lands, Hickenlooper does not have the authority to cancel or modify the proposed expansion of the West Elk Mine. But, by continuing to be a leader in public lands and climate change advocacy — especially after his July 11 Executive Order addressing climate change in Colorado — we hope that he can convince the Forest Service and Bureau of Land Management to require that Arch capture and collect rather than vent this project’s methane.

Coal industry supporters call this mine expansion a job creator. We find this disingenuous. Abundant snow and healthy public lands, not dirty coal, are Colorado’s most important currencies. Colorado gets more than 12.6 million skier visits per winter that generate $4.8 billion in economic impact and provide more than 46,000 jobs. Clean energy companies employ 62,000 Coloradans, and just one wind turbine manufacturer, Vestas, employs nearly 4,000 people in the state. By comparison, Colorado has about 1,100 coal mining jobs statewide. Clean energy is the future, coal the past.

The Gunnison National Forest and Sunset Roadless Area are public lands that belong to all Americans. We implore concerned citizens to contact Hickenlooper’s office, to call and write their members of Congress, and to submit comments to the Forest Service opposing this dirty project.