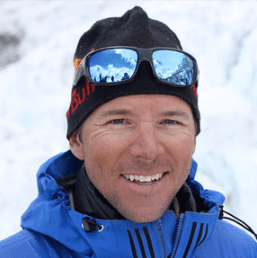 Professional skier and POW Board and Riders Alliance member, Chris Davenport, recently wrote a piece urging Colorado’s Cory Gardner to oppose repealing the Bureau of Land Management’s methane rule. This op-ed, found here, was originally published in The Aspen Times. Here’s what Davenport had to say:

Need more information on the methane rule before diving in? POW’s got it covered here!

THE SENATE WILL likely vote as soon as this week on whether to kill the Bureau of Land Management’s methane waste-prevention rule, which limits methane waste from oil and gas operations on public lands. Repealing this rule would have severe consequences for Colorado’s economy and climate.

Methane is a powerful greenhouse gas. When emitted, it has 25 times the impact on climate change as carbon dioxide. As a lifelong skier, I care deeply about climate change and its effect on our environment, economy and health. I’ve raised three boys here in the Roaring Fork Valley and they love to ski as much as I do. I want to ensure that my kids (and their kids!) will be able to enjoy snowy winters and a stable climate for years to come. In the current direction we’re headed, Aspen’s climate is set to look like that of Texas by 2100.

Let’s dig into the history of this methane rule. Last year, the BLM passed a rule to crack down on methane leaks from natural gas wells on public lands. Almost 90 percent of the land BLM manages — 218 million acres — are open to oil and gas companies to drill and frack.

Where did the Obama administration get the idea to regulate methane leaks? First off, federal law requires the BLM to limit waste of our public resources. Secondly, they looked to Colorado. Back in 2014, Colorado showed incredible leadership in becoming the first state to pass rules to limit the amount of methane pollution from oil and gas development. State regulators worked with the oil and gas industry, and now, according to Gov. John Hickenlooper, the industry’s compliance costs have fallen by about two-thirds as they have developed new technology to cut methane waste from natural gas production. We should be proud that the BLM used our state’s successful rule as an example to update the federal methane rule.

Why does this matter? The amount of methane wasted between 2009 and 2014 was enough to supply more than 5 million homes. In addition, when you take into account leaks and flaring, operators have wasted almost $400 million of natural gas annually, hurting our economy. That’s natural gas that the American public owns, and as a result of this waste, we have lost millions in royalty fees.

If we want to fight climate change and protect our winters, we certainly don’t need more methane in the atmosphere. Don’t forget that winter is big business in Colorado. With over 12 million skier visits a year, Colorado’s ski industry generates $4.8 billion for our state. We need policies that mitigate greenhouse-gas emissions to ensure a thriving Colorado economy. That’s why I’m calling on Sen. Cory Gardner to stand up for the innovative rule his state helped create, and to oppose utilizing the Congressional Review Act to kill the BLM methane rule.