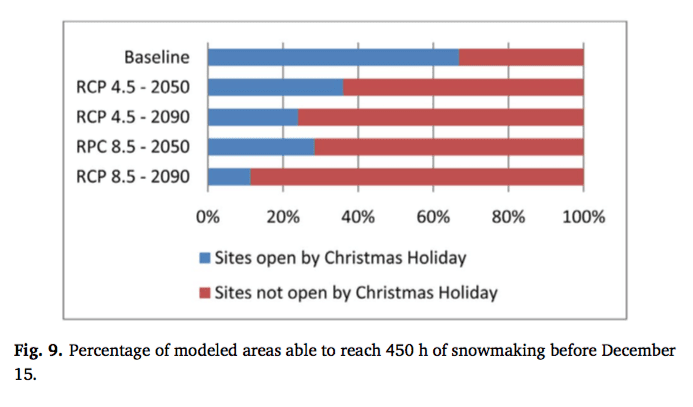 A feature on climate science by Dave Zook

Sometimes, future climate predictions appear to be in the space age nether-future, in a world that won’t ever really show up, leading some to adapt an attitude of distance and watered-down concern. But in a new study on ski resorts’ future viability, with predictions for the benchmark years of 2050 and 2090, this just is not the case.

The most dire outcome is that the majority of ski resorts won’t be able to open in the year 2090, just over 70 years away. Consider a thirty-year old today who just had a newborn. If that baby grows up and has another child when they are 30 (around 2050), then that baby will live right through the fallout. In other words, our grandkids might have slim to no options to slide on snow far before they hit retirement age.

The study — released in May and authored by a group of scientists from Colorado with funding from the EPA — provides multiple outcomes based on different emissions scenarios. Since the study’s release there has also been discussion of caveats in the study’s findings, but while there are myriad ways to read the conclusions and further questions to ask, the message stands clear and loud: make policy changes now or skiing, and the winter sports industry in general, is under serious threat.

How Do They Predict These Things?

The authors use a “physically based water and energy balance model” to simulate natural snowfall at 247 ski resorts around the U.S. Factoring in snowmaking, this model forecasts season lengths based on data from five climate models and two emissions scenarios. With the combined scenarios, the model equates to running 300,000 years’ worth of possible outcomes.

The findings are stark.

Higher elevation resorts in the Rockies and the Sierra are far more resilient to temperature changes, according to the report, but everyone will take a hit. “Virtually all locations are projected to see reductions in winter recreation season lengths, exceeding 50% by 2050 and 80% in 2090 for some downhill skiing locations,” states the report.

The winter revenue stream is under great stress as well. Under the worst scenario, the winter sports industry is projected to take losses of up to $2 billion by the year 2090, with an estimated monetized impact of hundreds of millions of dollars annually.

Other studies have reached similar conclusions in recent years, and this study builds on the body of work that finds a future in desperate need of less emissions and major changes — if we want to keep skiing.

Like any other study, this one has come with a few criticisms on its findings. Elizabeth Burakowski, a University of New Hampshire professor and lead author of a 2012 climate change study commissioned by Protect Our Winters and the Natural Resources Defense Council, makes clear that “the study is a great effort to say we need to take action, and it builds on previous climate studies, but there are some important caveats to note.”

One issue, also pointed out in a blog post by Snowsports Industries America (SIA), is the number of snowmaking hours required for a resort’s opening may be exaggerated. They use 450 hours as the benchmark. In author Kelly Davis’ blog post, she writes that “representatives from several resorts that are shown to suffer most in this report said that 450 hours is a vast overstatement of the number of hours of snowmaking required to open.”

Additionally, the monetary loss to ski resorts is shocking, but the report does not account for growing ticket prices. Assuming ticket prices will continue to go up in the future — as most casual skiers would undoubtedly agree upon — would dampen the amount of economic loss to ski areas.

Burakowski, also a member of POW’s Science Alliance, a consortium of climate scientists gathered from around the globe, also questions the way skiers might respond if their home resort closes. Would they would stop skiing, or would they would travel to a new resort? The study looks at a resort not being able to open as a loss of skier visits to that resort, without accounting for them possibly traveling to a different resort that is able to stay open, perhaps at a higher elevation, or in a different region. This would add tremendous complexity to the study, Burakowski notes, and is understandably not factored in, but the habits of skiers in response to climate change is an important to the discussion of the future of skiing.

Lastly, some believe the benchmark length of the snow season used in the study is understated, especially in the northeast.

But where these are healthy areas of the science to debate, the base conclusions are straightforward. “Limiting global greenhouse gas emissions could both delay and substantially reduce adverse impacts to the winter recreation industry,” according to the study.

The authors are making it clear the ugliest potential outcomes are not a given, and there is still the opportunity to make changes to impact the future, and the situation does not lie wholly out of our control. A recent post by POWDER magazine goes in depth with the takeaways from the study’s main author, Cameron Wobus.

But again, winter as we know it, is at stake.

“Based on our modeling, the difference between RCP4.5 and RCP8.5 [the lowest and highest emissions scenarios] could represent the difference between preserving skiing and snowmobiling in the eastern half of the country and losing these activities almost completely by 2090,” states the study in the conclusions section.

Let’s aim for the preservation route. 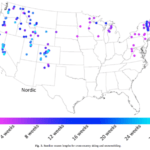 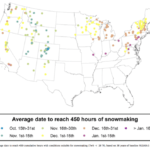 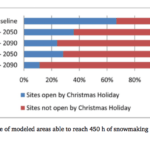 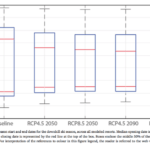