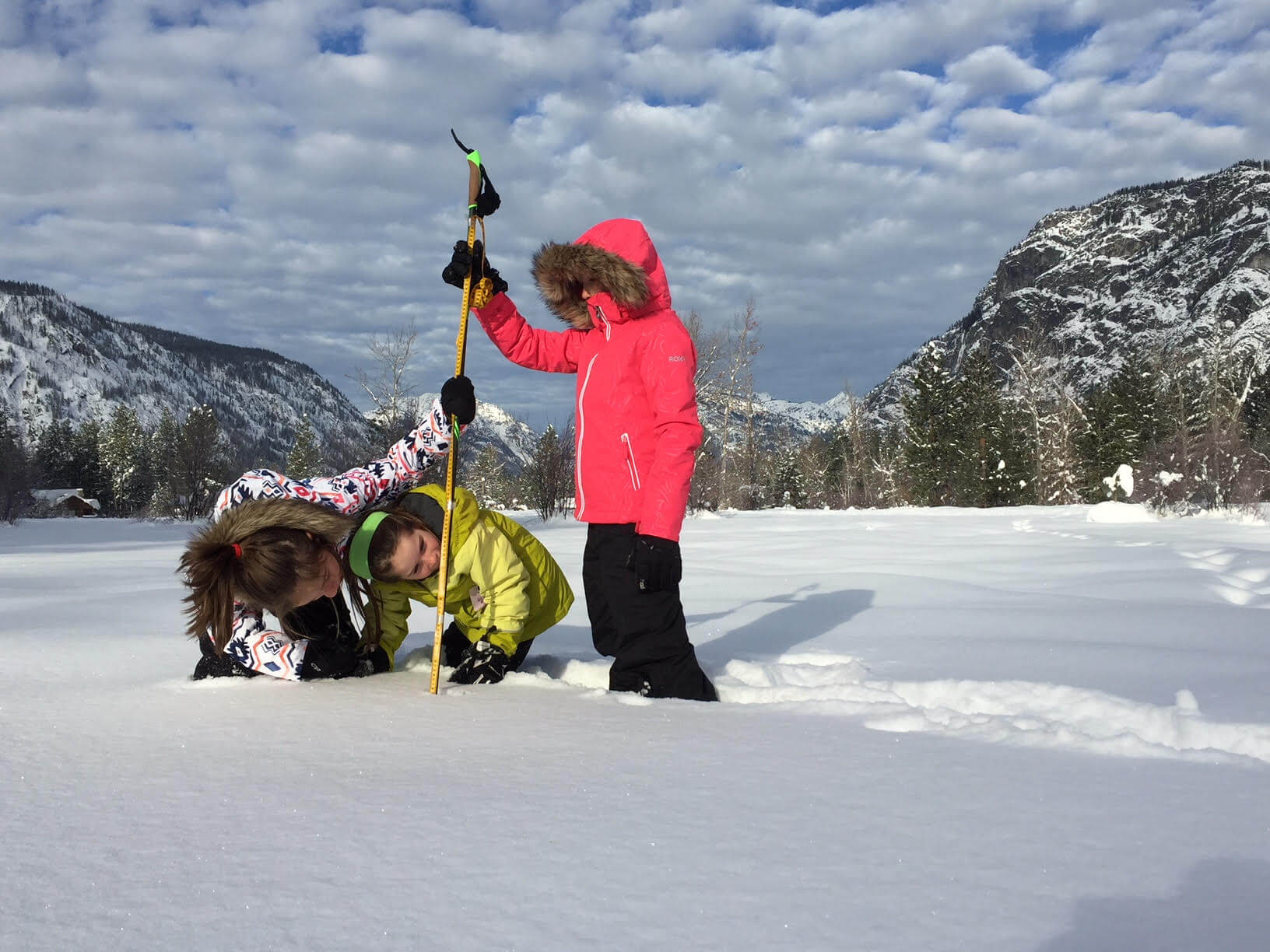 Become a Citizen Scientist for the Community Snow Observations Project

If you like to ski, snowboard, or snowshoe in the backcountry, then you likely have a probe in your pack. That simple fact makes you uniquely qualified to assist in NASA-funded research to help provide snowpack data for the Community Snow Observations project. The CSO project aims to capitalize on backcountry travelers such as yourself and ever-improving smartphone technology to gather snowpack data from all around the country. Everyone is invited to join in.

How does it work? It’s pretty simple, really. Start by downloading the free Mountain Hub app to your smartphone. Then, any time you are out in the snowy backcountry, simply use your probe to take a snowpack depth reading and in one simple step, upload the data to the app. (Don’t worry, there are detailed online tutorials for how to get a high-quality, usable measurement with minimal human error). As soon as you reconnect to the internet, the information will immediately become available to the researchers at CSO, who collaborate with NASA. Turns out it was pretty easy to become a NASA scientist, eh? 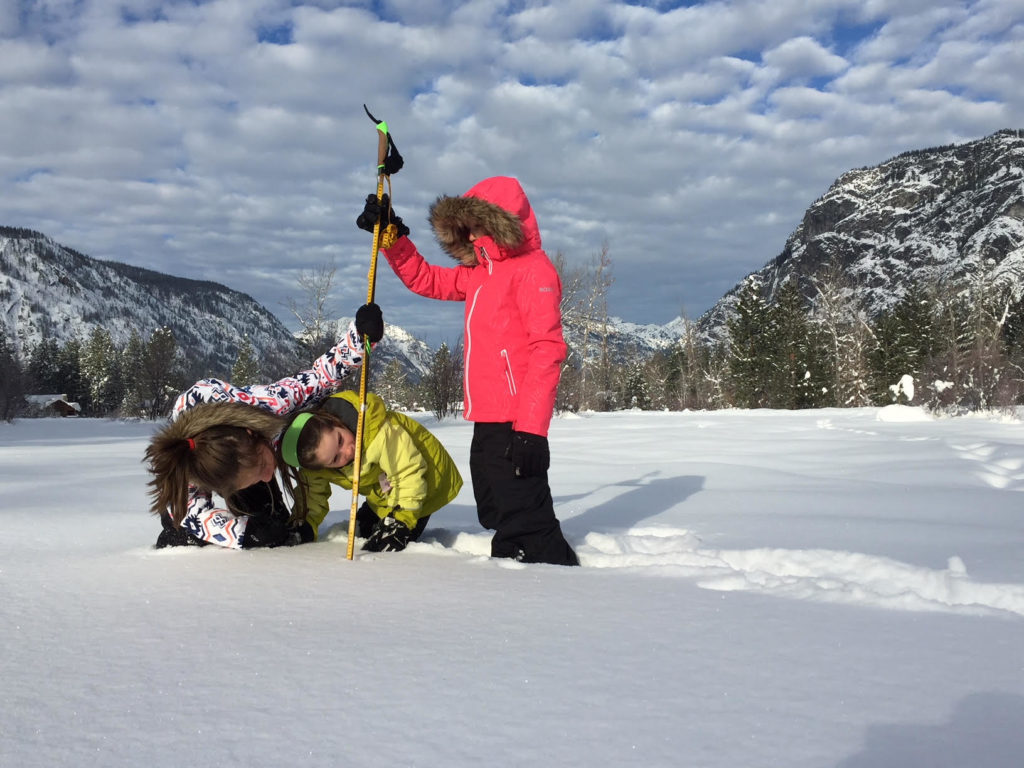 Why does knowing how deep the snow is at your secret backcountry spot matter, you might ask? According to the CSO website, “The snowpack data gathered by citizen scientists is being used to help us better interpret satellite and airborne snow measurements collected by NASA and other agencies,” Essentially, the information that you can help to gather will improve the quality of existing information and help scientists to better interpret the data gathered from traditional sources. This additional snow depth data helps predict spring runoff and provides information for avalanche and flood predictions, among other benefits.

“Snow recreationists are very aware of changes in snowpack, and many of these people who become CSO citizen scientists recognize that we need to understand how and why these distributed changes in snowpack are occurring,” says Gabriel Wolken, one of the founders of CSO and a professor at the University of Alaska Fairbanks.

Skier Chris Davenport, board member for both Mountain Hub and Protect Our Winters, finds the time to log measurements on his far-reaching adventures. “It only takes a few minutes to stop and collect a little data about the snowpack and the conditions. And, I know I’m helping the snow sports community assess safety and the scientific community collect sound information. It’s a no-brainer,” says Davenport.

By participating, you’re also helping to advance POW’s mission. When POW athletes, partners, and staff head to Capitol Hill in Washington DC to communicate the importance of climate change to political bigwigs, it’s incredibly helpful to know exactly what is going on with the snowpack; the CSO info tells us just that. Much of the existing snow data is sourced from Snow Telemetry stations operated by the National Resources Conservation Service (a division of the U.S. Department of Agriculture), and while ‘SNOTEL’ stations are beneficial, they are few and far between and are often located at lower elevations. “The fundamental research question is whether or not widely dispersed measurements from citizen scientists can be a valuable addition to the data that are provided by fixed Snow Telemetry stations,” says David Hill, another founder of CSO, and a professor at Oregon State University. 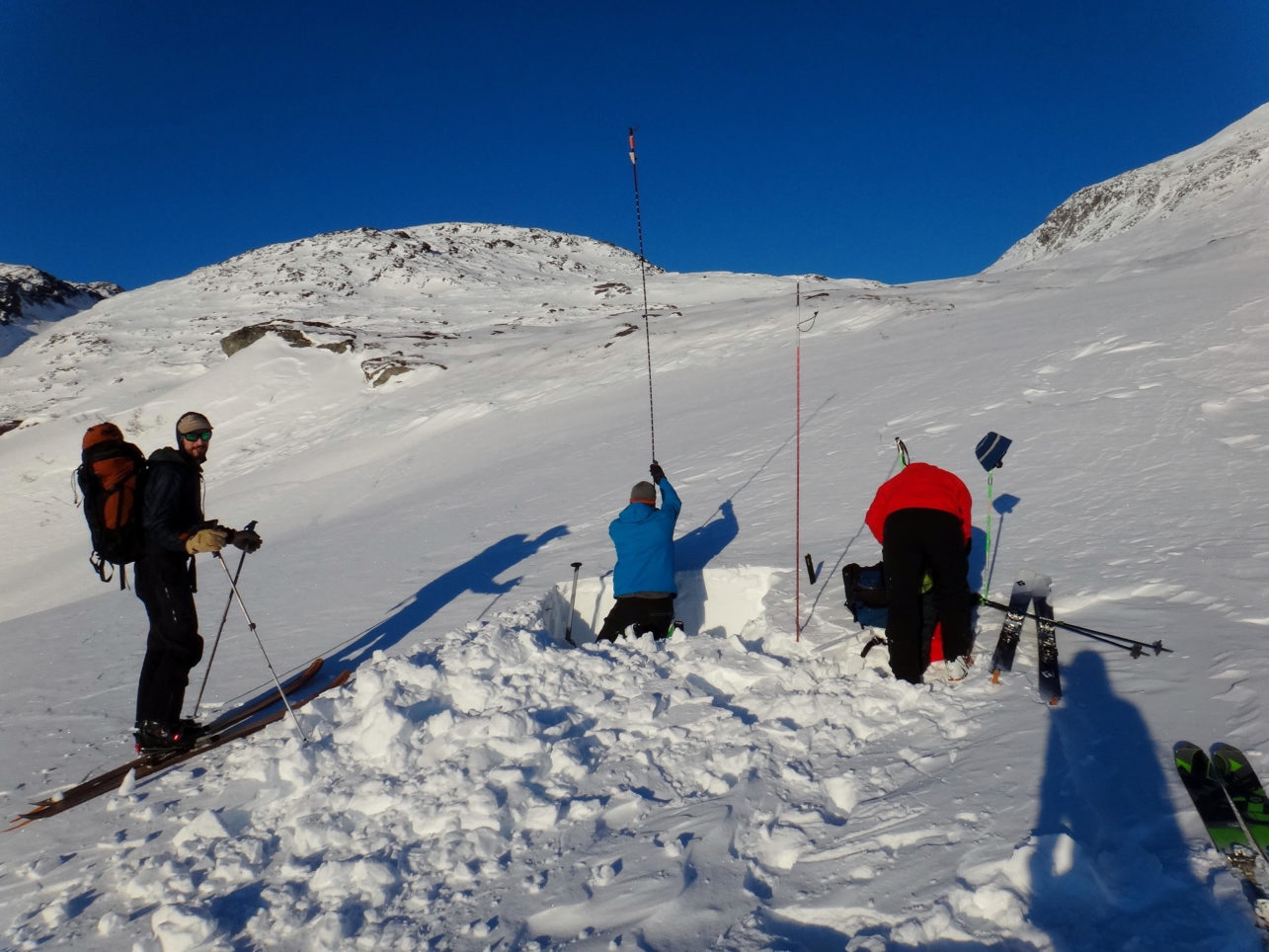 The project kicked off in the winter of 2016/17 and focused on Thompson Pass, a popular backcountry ski zone in the Alaska range, and the team – Wolken, Hill, and other snow lovers at federal, state, and university agencies – have been spreading the word to other mountainous regions.

Since spring is upon us and the snowpack has been variable across the country, there is no better time to get out and take some measurements. “We want to determine if the public, through their winter backcountry adventures, can significantly improve what we can do! And, we are extremely encouraged by the initial results we are seeing,” says Hill.

To become a Citizen Scientist and to learn more, check out communitysnowobs.org. To get the Mountain Hub app itself, check out www.mountainhub.com, or search for Mountain Hub on the Apple App Store or on Google Play.