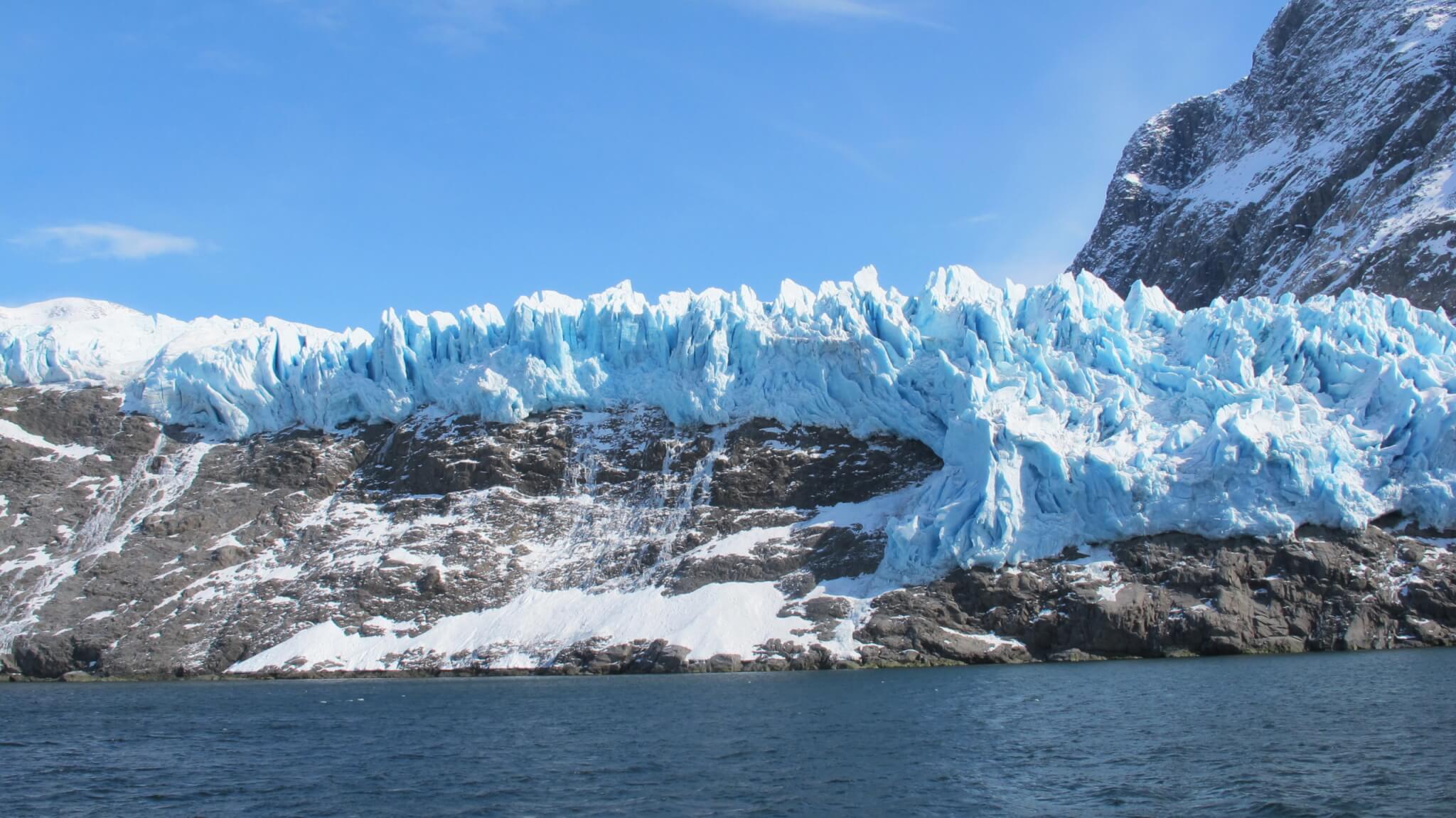 Doug Stoup: A Perspective from the Poles

The last 20 years have left their mark on the world’s polar ice caps. As an international explorer and guide, I’ve seen firsthand how a warming climate is changing our planet. Each year it becomes increasingly easier to ski to the north pole because of decreased snowfall—an expedition that usually takes seven to ten days to complete recently took my team six.

In the Antarctic, rising water temperatures are causing dramatic changes to wildlife habitats, affecting the entire food chain from krill to penguins. At Ice Axe Expeditions, we will soon be forced to change the way we plan trips and design gear. In the near future, our polar trips might involve as much kayaking as they do skiing. 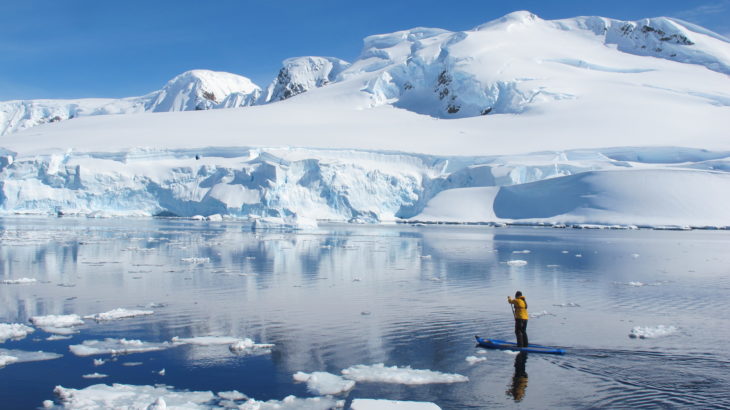 These changes to the Arctic and the Antarctic are warning signs of the global implications of climate change. As the ice continues to melt, the impacts felt closer to home will also increase in severity—this means shorter winters, rising ocean levels, and other symptoms of climate change.

That’s why it’s more important than ever to concentrate our efforts on climate policy, both locally and on a federal level. To do that, we need to ensure that the politicians we vote into office are taking strong stances on climate.

In 2018, we have not just the opportunity, but the responsibility, to show up at the polls and vote for people who will actually drive policies and enact laws that will decrease our reliance on fossil fuels. The winter sports and outdoor community is a strong and passionate demographic, and it’s time for us to mobilize and make our opinions heard this election cycle.

On Earth Day, I presented on a panel in my hometown of Truckee, California, a community that recently became the 50th city in the nation to commit to a 100% renewable future by 2050. I was joined by local business people, nonprofit advocates, and town officials. We discussed the impact of climate change on our highly susceptible mountain community and local economy.

Like many mountain towns, we have seen how low snowfall years impact our business and way of life. Earlier this year, POW’s new economic report revealed that the ski industry and supporting mountain economies are already hurting because of climate change.

The report revealed that 16 of the warmest years on record have occurred since the turn of the century, with 2016 being the hottest and 2017 the second warmest. The Earth Day panel took place at Squaw Alpine, which saw alarmingly low snow falls this year in December, January, and February—three of the resort’s biggest months.

Truckee, Squaw Alpine, and Ice Axe Expeditions are all part of the snowsports industry, which contributes $72 billion to the annual U.S. economy and supports 695,000 jobs nationwide. The outdoor industry is worth $887 billion—about twice as large as the pharma and motor vehicle industries combined. Climate change threatens this industry, and it’s time to mobilize and do something to protect our already jeopardized climate. 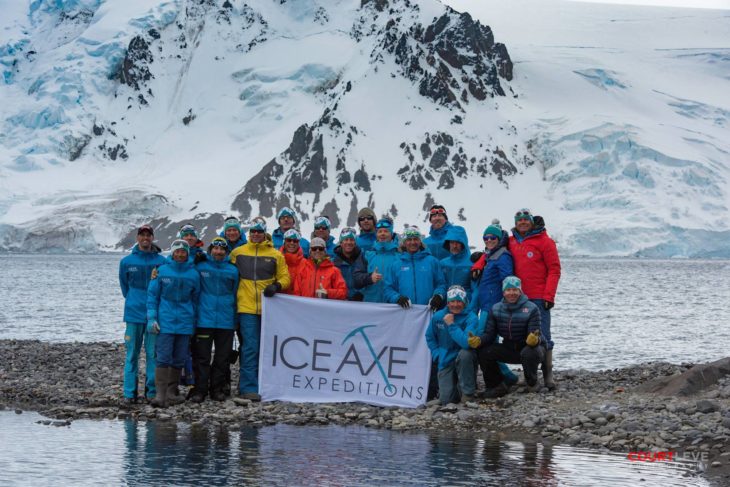 Antarctic Peninsula Ski Cruise photo: Ice Axe
Ice Axe Expeditions prides itself on using some of the best and most experienced guides in the world with over 200 years experience collectively. Ice Axe organizes an annual pilgrimage south every November to ski tour the last frontier. www.iceaxe.tv

The outdoor industry is an economic powerhouse that is waking up to its political weight. Together with allies such as POW, the Citizens Climate Lobby, Squaw Alpine, and the Town of Truckee, the snowsports community is coming together to demand that our politicians implement policies that reduce our carbon footprint.

The midterm elections are coming up, and we need to get out, vote, and hold our elected officials, from our local town council members to congress people, accountable when it comes to prioritizing climate policy.

The planet needs our help. Without the poles there is no planet. It’s time to start talking the talk, let’s walk the walk. To learn more about who needs to be voted in or out of office this year in order for the necessary work on climate change to be done, text POW2018 to 52886. 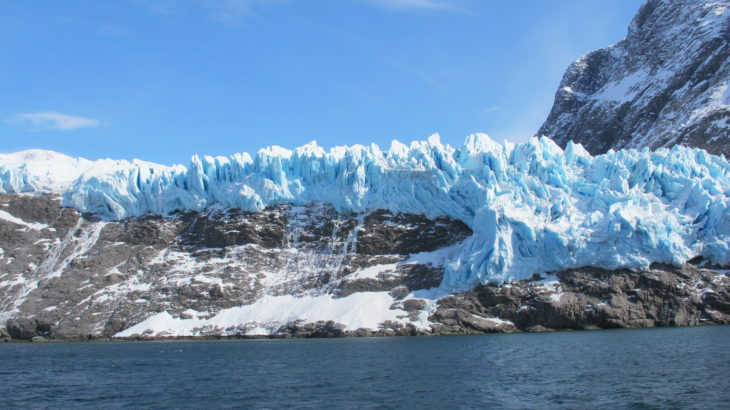 Taken 2015 on a Warren Miller Entertainment Segment and ski touring near Maniisoq area of SW Greenland photo: Ice Axe Expeditions
In the summer of 2010 a chunk of ice three times the size of Manhattan broke off Petermann Glacier in Greenland and floated out to sea. The calving left miles of newly open water in the deep Petermann Fjord, which had been capped in a thick layer of glacial ice. New research out last summer confirmed that it was likely the largest calving in the region since observations began in 1876. What does this event tell us about climate change in the Arctic? Scientists say it is clear that Greenland is losing ice.