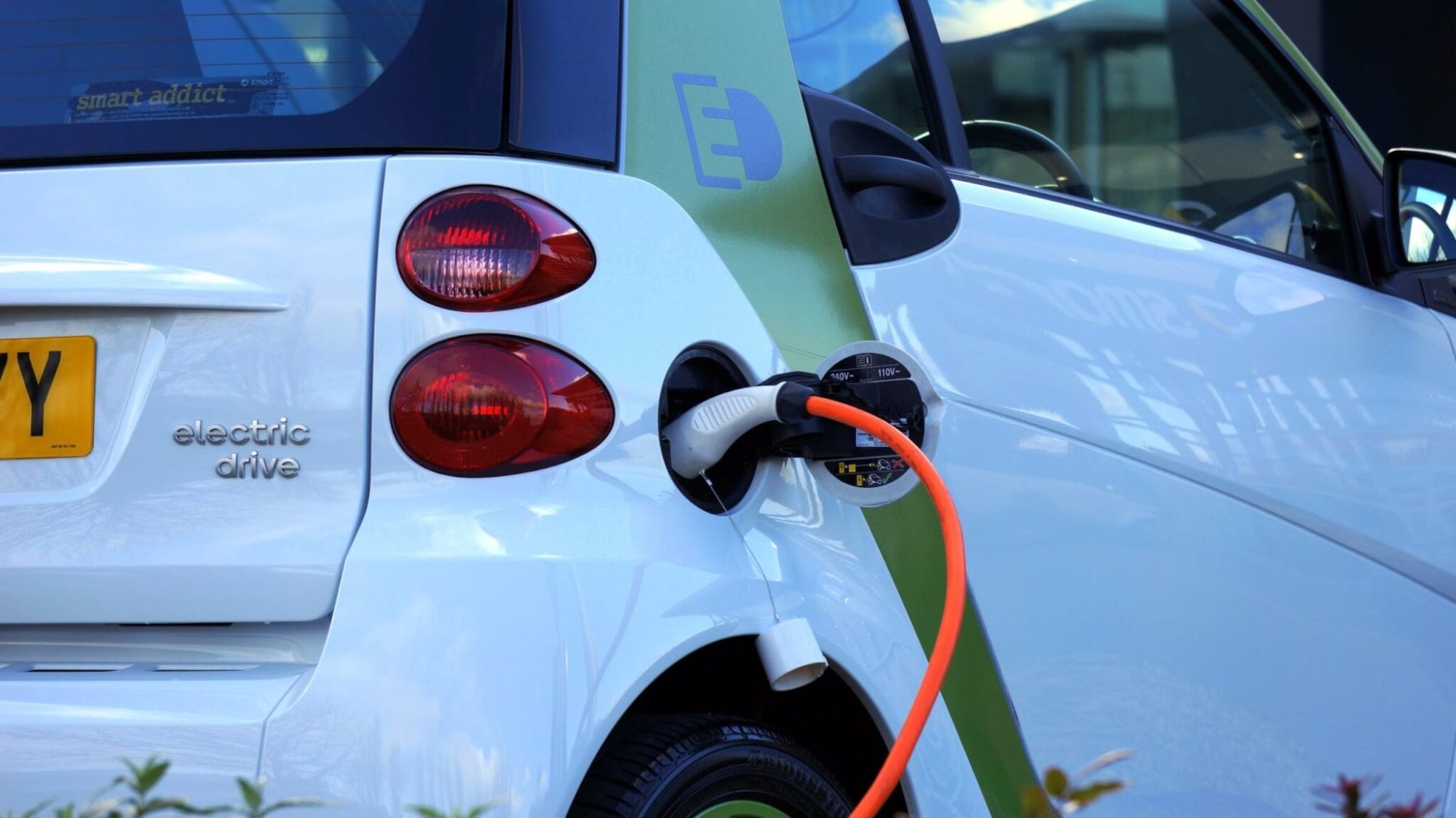 Electric Vehicles and the Future of Transportation

Who doesn’t love the freedom of the open road?

Over the last century or so, Americans have become increasingly reliant on their cars. We use our cars to get everywhere from work to our favorite ski area or trailhead. We take long family road trips, and we explore new places from behind the wheel.

Unfortunately, given that most cars run on fossil fuels, this reliance is damaging our climate. The more we drive traditional gas-fueled vehicles, the more carbon is emitted into the atmosphere. Carbon and other greenhouse gases insulate and warm the planet, causing changes in weather patterns, exacerbating natural disasters like flooding and wildfires, and shortening winter seasons.

Transportation is responsible for almost 30% of greenhouse gas emissions in the U.S., according to this 2016 study by the Environmental Protection Agency (EPA.) That means cutting back on how much gasoline we use can go a long way in decreasing how much carbon is emitted into the air. 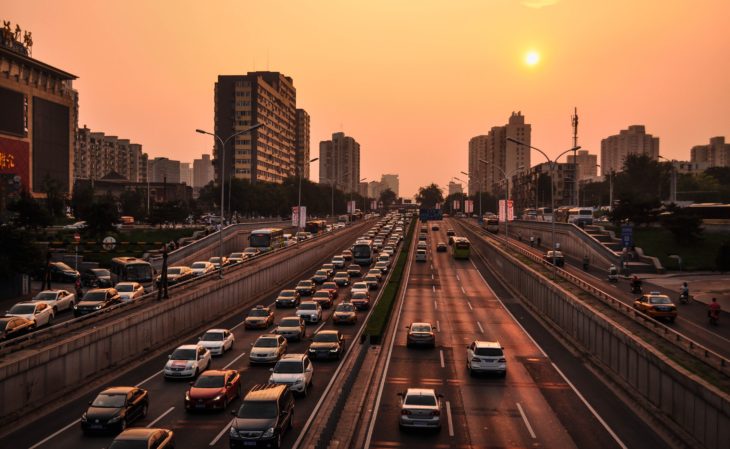 Of course, there are a million and one reasons to love having a car. Fortunately, electric vehicles (also known as EVs), are increasingly popular options for people who want to save money on gas and decrease their reliance on fossil fuels, but still, need a car of their own. Rather than a gasoline-powered engine, EVs are partially or fully powered from a battery or fuel cell.

EVs used to be a high-tech, expensive novelty car for the elite, but today, they are more affordable and commonplace than ever. In addition to being much better for the environment, consumers also like that they are cheaper to fuel than a traditional gas-guzzling vehicle.

It’s likely that you have seen an EV charging station at a local shopping mall or grocery store in your neck of the woods (they are usually the best parking spots). As EVs rise in popularity, more and more charging stations are popping up, making it easier for electric drivers to power up and get where they need to go. 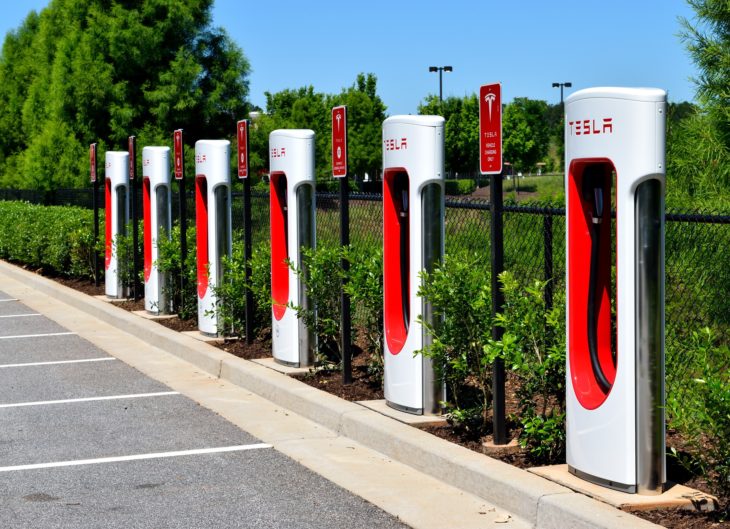 In most EVs, a battery charge typically lasts for about a hundred miles, which is plenty of mileage for the 80% of drivers who drive less than 40 miles round trip for their daily commute. If the limited range of a battery-run electric car makes you nervous, you should look into a “plug-in hybrid” EV. These cars are a fusion of the electric technology and traditional gas-powered vehicles. When the battery charge runs low, the car automatically switches over to a gas tank as its fuel source to reach the destination. Another type of EV, a hydrogen fuel-cell vehicle, use electric motors fueled by hydrogen gas.

Of course, where you’re getting the electricity that you’re charging your EV with determines the amount of greenhouse gas emissions that you’re saving when you plug it in. It is vitally important that we work towards a clean energy economy to assure we’re charging our vehicles with clean energy, not power supplied by coal plants, or other dirty sources. Check out our post on renewable energy to learn more about clean electricity.

The more popular EVs get, the more options we have to choose from at the dealership. EV’s are now available as sedans, SUVs, hatchbacks, and several other options – check out this handy buyer’s guide. Tesla has even released an electric semi truck, proving once and for all that electric vehicles are the way of the future. 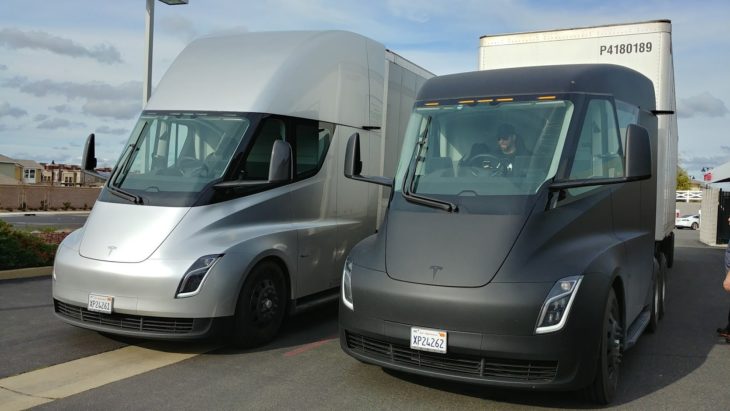 Not only are they practical alternatives to gas-powered personal vehicles, but EVs also meet U.S. Fuel Efficiency Standards, which were established to cut Americans’ consumption of oil and gas. We have increased the fuel efficiency of our cars since the regulations were first put in place in 1975 and updates to these regulations ensures that we will continue to do so.

In 2012, the Obama administration established regulations for cars to be built between 2017-2025. By 2025, new passenger cars and ‘light’ trucks will reduce average emissions to 163 grams per mile, which means that these vehicles will be getting at least 54.5 miles to the gallon.

Unfortunately, these fuel efficiency standards are currently under attack by EPA Administrator Scott Pruitt and the Trump Administration. One of POW’s priorities in the coming months is fighting any attempt to roll back these standards and keep our cars clean.

Also, POW is focused on promoting policies to decrease our reliance on fossil fuels in the transportation sector. This focus includes working in multiple states to direct funding from a 2015 lawsuit against Volkswagen to investing that money in electric charging infrastructure or replacing diesel fleets with electric busses.  VW was sued by the state of California, the Federal Trade Commission, and individual consumers for installing a device used to cheat emissions tests. As a result, Volkswagen was fined, and in addition to compensating its customers, they were required to pay $2 billion to states to reduce vehicle emissions.

Despite the lack of federal support for EVs under the Trump Administration, several states are taking things into their own hands to make it easier for consumers to make energy-conscious transportation decisions. Governor Hickenlooper, of Colorado, has just joined twelve other states and Washington D.C. in implementing state-level emissions requirements that are more stringent than the current federal requirements, and POW hopes that more states will soon follow suit.