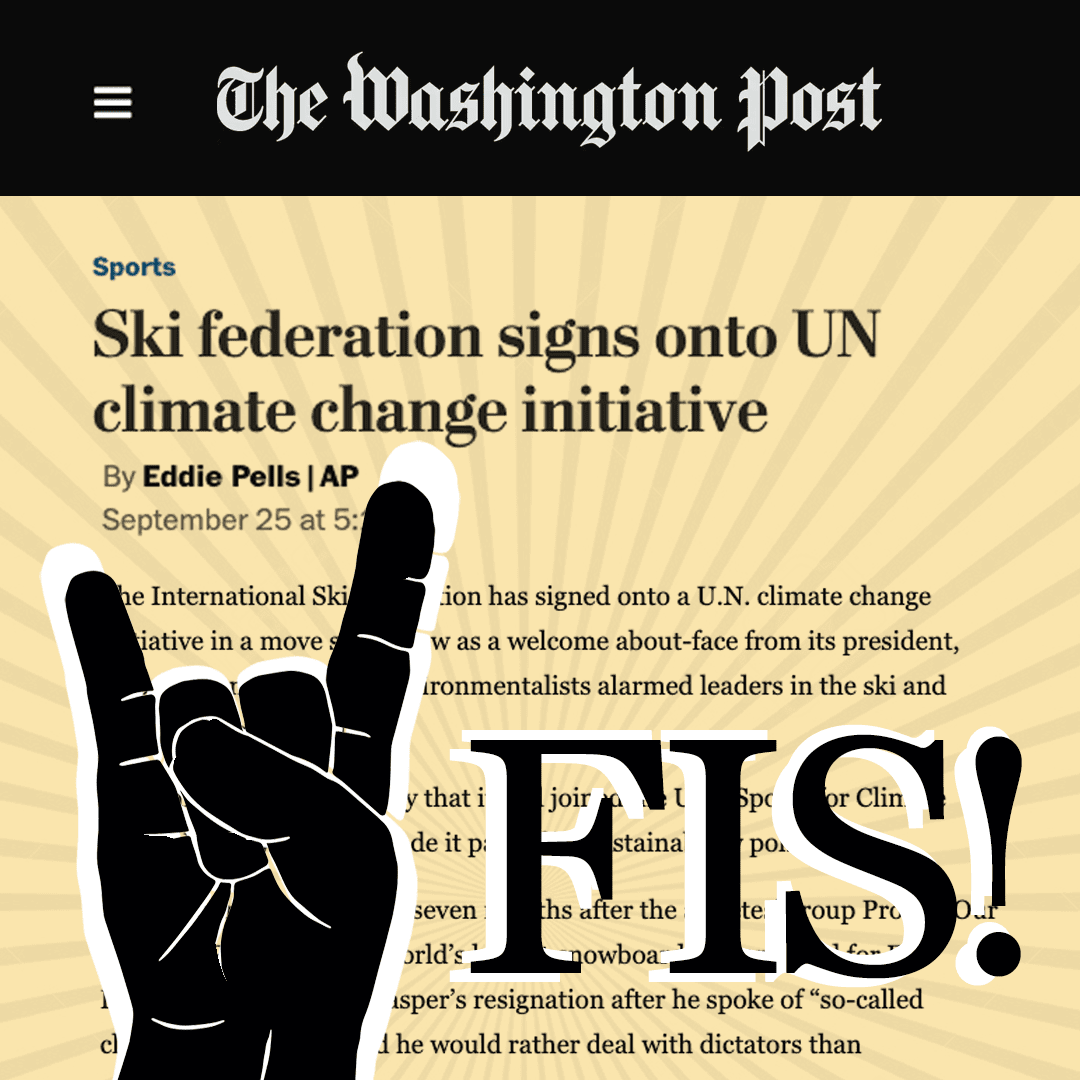 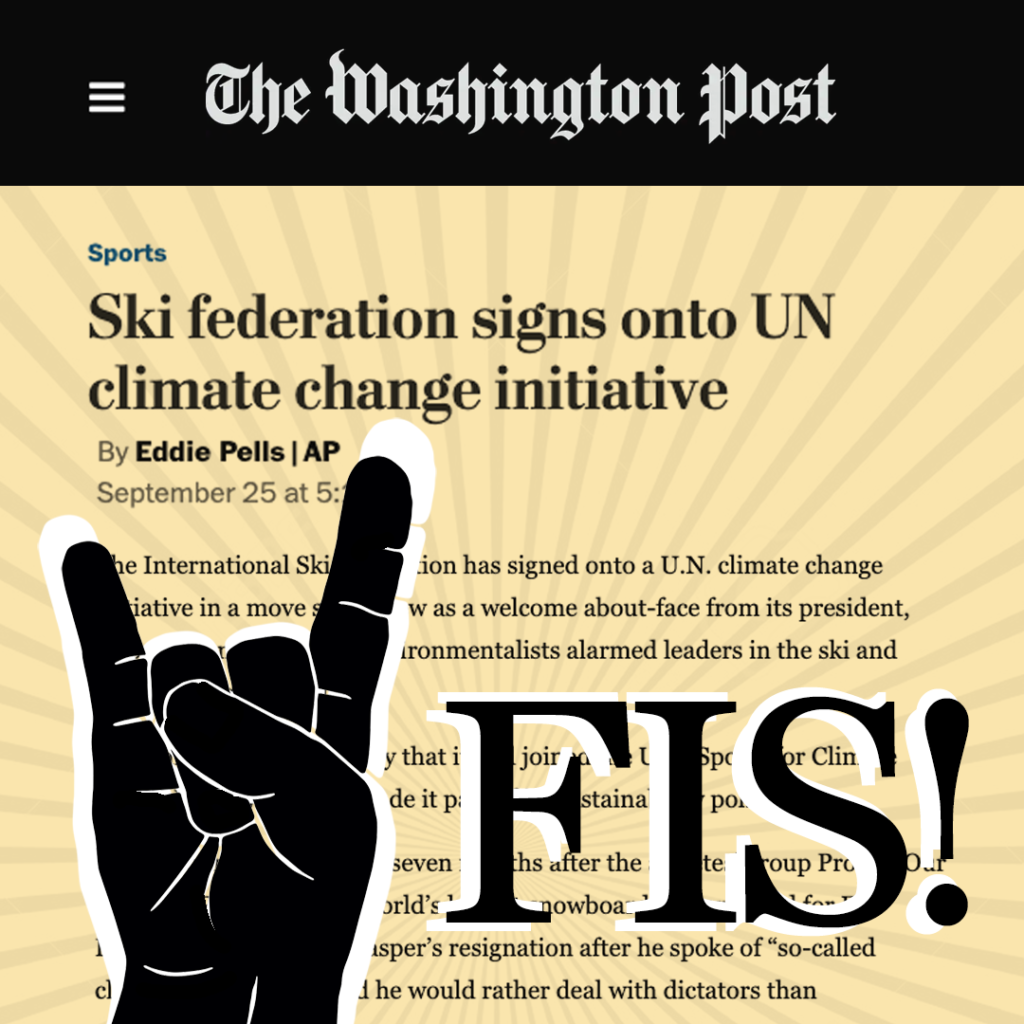 Remember back in February when International Ski Federation (FIS) president Gian Franco Kasper went on-the-record denying human-caused climate change and the science that supports it? After seven months and more than 9,000 letters sent to FIS from the outdoor community, check out what we’ve accomplished together––it’s encouraging news and shows what the outdoor community is capable of.

The International Ski Federation has signed onto a U.N. climate change initiative in a move some view as a welcome about-face from its president, whose comments about environmentalists alarmed leaders in the ski and snowboard community.

FIS announced Wednesday that it had joined the U.N. Sports for Climate Action Framework and made it part of its sustainability policy.

The announcement comes seven months after the athletes’ group Protect Our Winters (POW) and the world’s largest snowboard maker called for FIS President Gian Franco Kasper’s resignation after he spoke of “so-called climate change” and said he would rather deal with dictators than environmentalists.

Kasper later apologized. On Wednesday, in a statement announcing FIS’ sign-on to the climate change document, he said: “This is an important and clear step for FIS to play its role in combating climate change.”

POW said that based on a campaign it started, more than 9,000 people wrote letters to FIS demanding serious action on climate change, as well as Kasper’s resignation.

“We are encouraged to see that the FIS listened to the concerns of our community and hope this is the first step in FIS leveraging its platform to address the crisis with the urgency and seriousness it deserves,” POW executive director Mario Molina said.

“It’s encouraging to see that the FIS is no longer denying climate change and has taken an initial step toward being part of the solution,” she said.

The announcement came on the same day a U.N. climate panel released a report saying, among other things, that Arctic June snow cover has shrunk more than half since 1967 and Arctic sea ice in September is down almost 13% per decade since 1979.

That melting has corresponded with shorter winters across the globe, which profoundly affects winter athletes who need snow and glaciers, which are also rapidly melting, for training and competitions.

Eighty sports organizations, including 14 international sports federations such as FIS, and organizing committees for the next three Olympics have signed onto the Sports for Climate Action Framework.

The document calls on signatories to promote five core principles, including reducing the overall climate impact from sports and advocating for climate action through their communications.