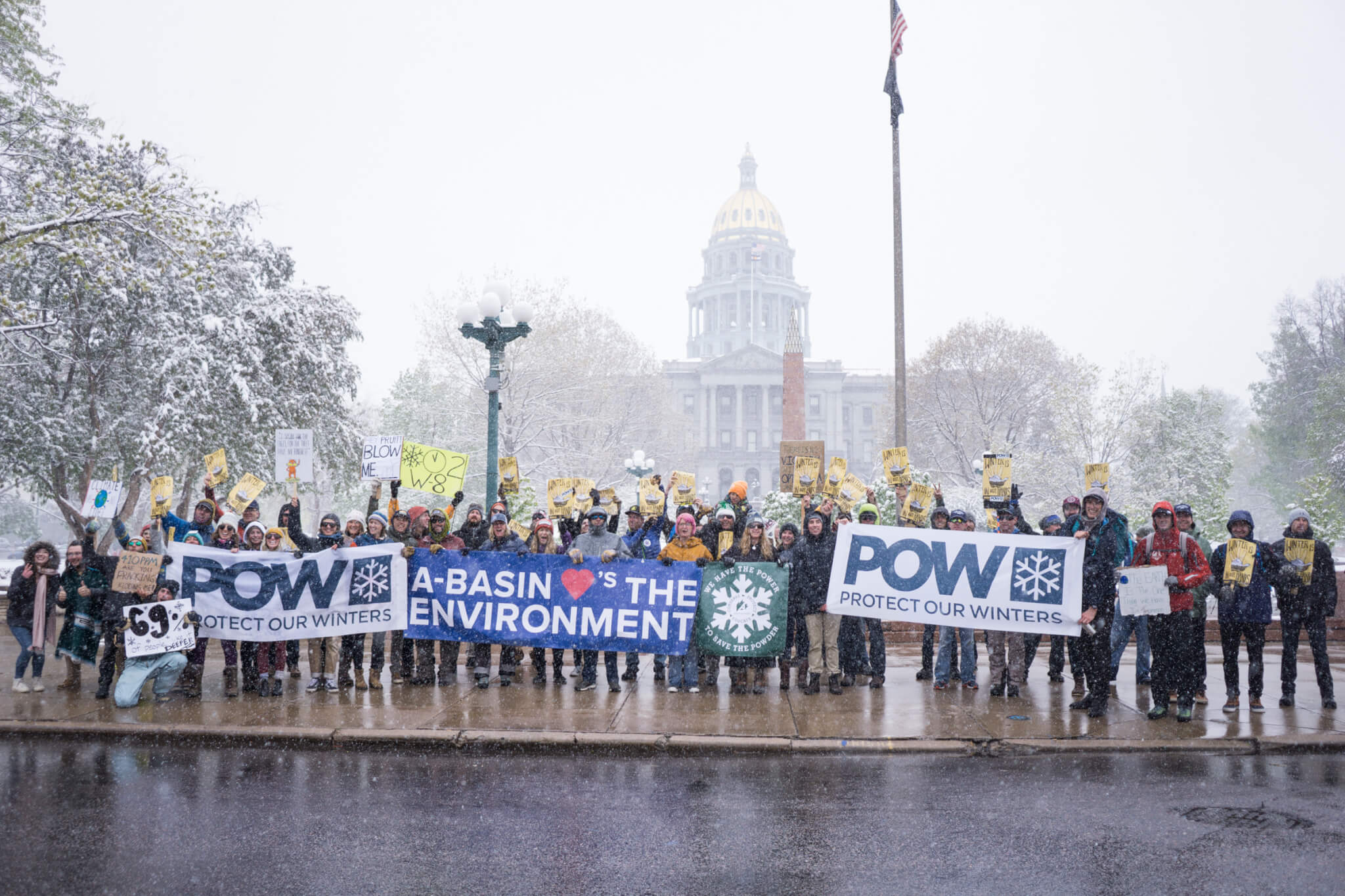 Gearing Up For The Climate March

We are a dedicated, impassioned community. We ski, snowboard, run, fish, climb, bike, hike and participate in the outdoors every way we know how. But it’s clear to us that simply spending time outdoors is not enough. We have to turn that passion into purpose if we want to keep climate change from impacting the places we love.

Join POW on September 8, 2018 with the People’s Climate Movement as we march for climate action. In partnership with many of our Alliance Members, we will build momentum to turn all outdoor people into climate advocates as we gear up for the midterm elections.

Even if you’ve never participated in a march before, it’s not too late to make your voice heard.

“Getting involved seems daunting until you take that first step and go for it,” says snowboarder and POW Alliance Member Tim Eddy. “I think it’s the least we can do as citizens of this world to show up in support of this world we live in. It’s a small favor to ask.”

Eddy will be leading a group of marches on behalf of POW in Reno, Nevada and says he looks forward to seeing who turns out. Just like his previous march in Sacramento, California with Jeremy Jones, Eddy said he “couldn’t sit on the sidelines.”

“The most important thing is showing our elected officials what we actually care about,” says Eddy. “And whether or not they care about [climate change], they need to, because their constituents do.”

Get off the sidelines and get involved. Join Eddy and many other POW Alliance Members as we take to the streets in the following cities:

Can’t make one of these marches? Don’t worry! Check out the People’s Climate March for a full map of marches happening all over the globe. You can participate with POW from anywhere in the world by sharing your photos and stories with the hashtag #March4POW.