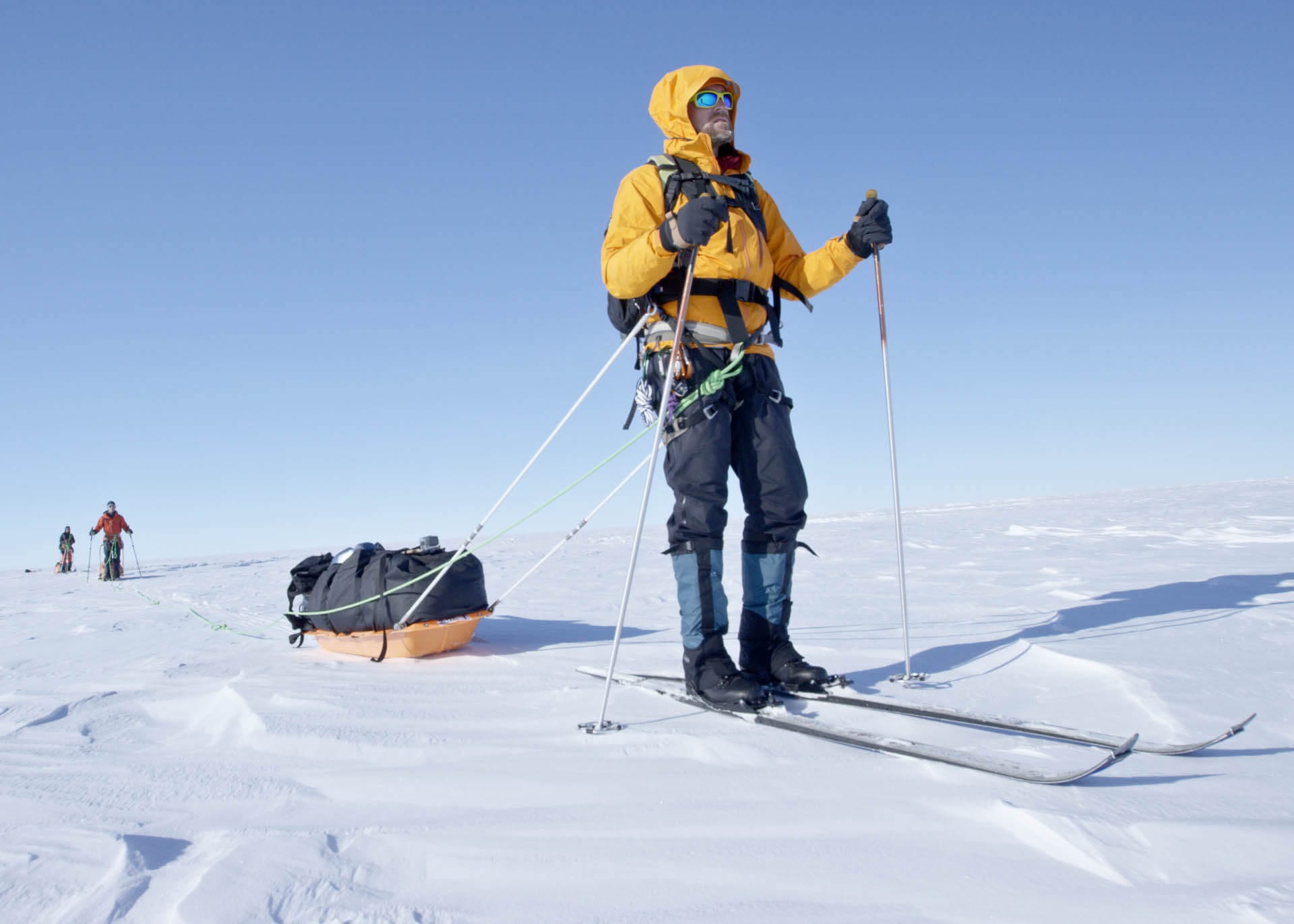 “Greenland is an excellent, vast natural lab. By virtue of its size, it becomes important,” said Jason Box, PhD, and professor in glaciology at the Geological Survey of Denmark and Greenland. This lab, roughly three times the size of Texas with about 80% of its mass being ice-capped, attracts scientists from around the globe because, quite simply, that ice is melting. And the million-dollar question isn’t if the seas will rise, but by how much.

Box shares that concern and he has spent more time poking around in the snow and ice than most, with about 30 trips in 23 years to the Greenland Ice Cap. He notes that despite the attention it largely receives on the loss of ice, many unknowns remain including hard numbers on how much it actually snows in Greenland. 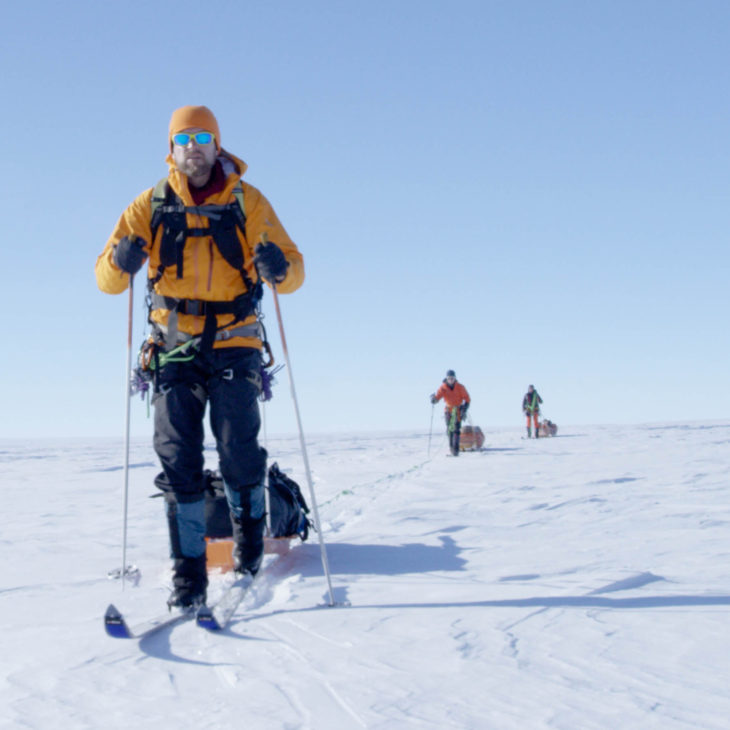 Snow feeds the ice and in a balanced environment, the snowfall and melt would remain stable, but that balance has been thrown dangerously off-kilter. Box’s research helps scientists get a clearer overall picture of the world’s largest island. (Grade school geography reminder: Australia is bigger, yes, but is a continent, so is not labeled an island.)

During his most recent trip  in April 2017, Box, two Swiss scientists, and a videographer from Illinois set out to measure how much snow had fallen since the previous year’s melt season. They helicoptered 30 minutes northwest from Qaqortoq, on the southern end of Greenland to the South Greenland Q Transect, as it’s known. They brought skis, haul sleds, snow coring equipment, and everything  necessary to survive for several days on snow, visiting nine designated test sites under human power.

While traveling across the ice to elevations as high as 3300 feet, where the effects of increased melt is strongest, the team found Greenland covered in an above-average snowpack, around 20-30% higher than normal. These findings are in-line with a continuing trend of more snow in Greenland. And though the extra snow did mitigate dangers on their trip like crevasse formation, it didn’t do a lot to offset the irrefutable evidence of large scale melt of Greenland ice. 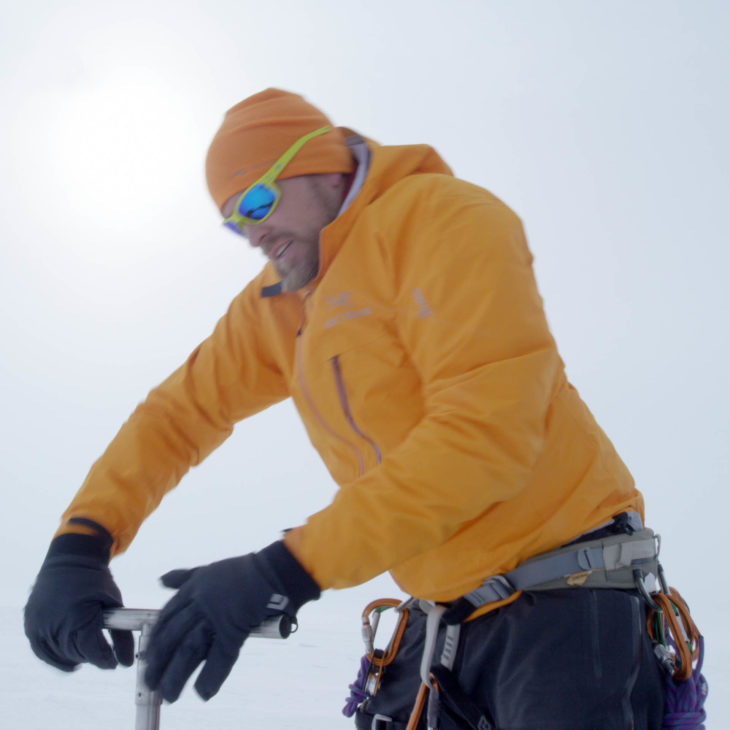 “There’s a pattern in the average. There’s more snow because there’s more humidity, and it’s certain that there is more snow on Greenland…but there is also more melt,” says Box.

If the climate trends continue, somewhere between 5 and 15 percent of the ice sheet will be lost, equateing to a 1-3 foot rise in sea levels — caused just by Greenland ice melt.

Nevertheless, Box retains a sense of optimism, buoyed by what he sees as the wave of millennials taking an interest in climate change and activism to spur the opportunity to transition out of dirty energy. “We are at a time when we can really do something about it,” says Box in a video from the trip.

“Through communication efforts like POW and others, awareness is growing among millennials. Despite the political mayhem out there, there are lots of good examples to be had,” Box says, pointing to the power that states and local municipalities hold in making decisions to control their future.

Box also wants to get more green with his field research. He has reduced his reliance on helicopters over the years, and hopes to soon switch over to a fully human-powered research adventures. This would allow his team to spend more time on the ice without the stress (and cost) of a rushed helicopter schedule.

He and the team had a successful April trip, but detailed observations took a hit as a gusty storm moved in and pushed the team off the ice earlier than expected. They still were able to take measurements from all nine sites, but the inclement weather required them to pull a mega-hike on their final day, with 20 km of on-snow travel amounting to 11 hours, where they had been planning on about 5 km per day.

But it’s all part of the field work that Box enjoys most. He gained an appreciation from Greenland during his studies in Colorado via a professor who had a program there, and developed an early desire for being among wind, snow, and mountains over hunching behind a computer.

“I feel fortunate to be in that role. Coming from a background of the mountains I can plug that into science and answer these questions we have about climate change,” says Box.

Learn about his involvement with the Award-Winning documentary “Chasing Ice.” 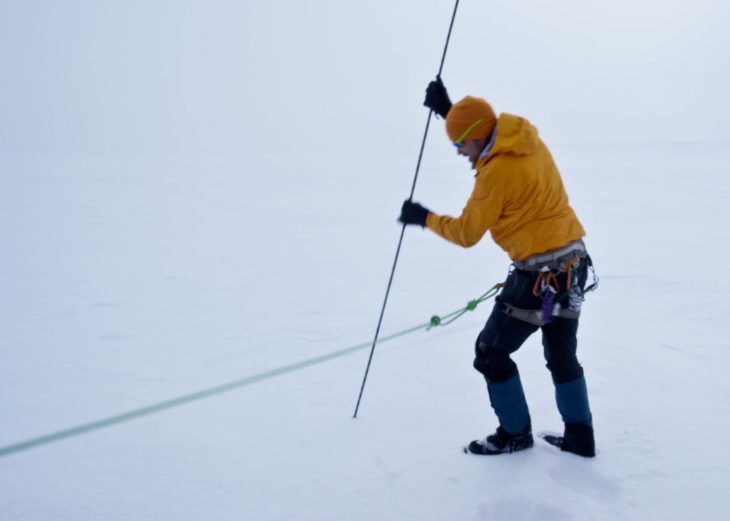