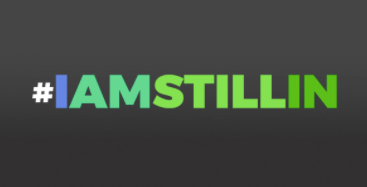 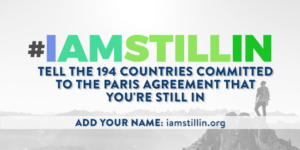 Be a Citizen Supporter of the Paris Agreement.

On June 1st, President Trump announced the United States would withdraw from the Paris Agreement on climate change. As you know, POW was extremely disappointed in this decision.

The decision threatens our security, our public health and welfare, our economic prosperity, and our clean energy industry, which supports millions of U.S. jobs. It threatens the air we breathe and the water we drink. It threatens our ecosystems and disproportionately affects the most vulnerable people on our planet. We know that withdrawing from the Paris Agreement does not represent the will of the American people. There is something you can do.

Governors, mayors, businesses, investors, and universities across the country have started collaborating as never before to work toward the goals of the Paris Agreement. They’re still in, and we are too. We’ve joined over sixty nonprofits asking their members to say #IAmStillIn.