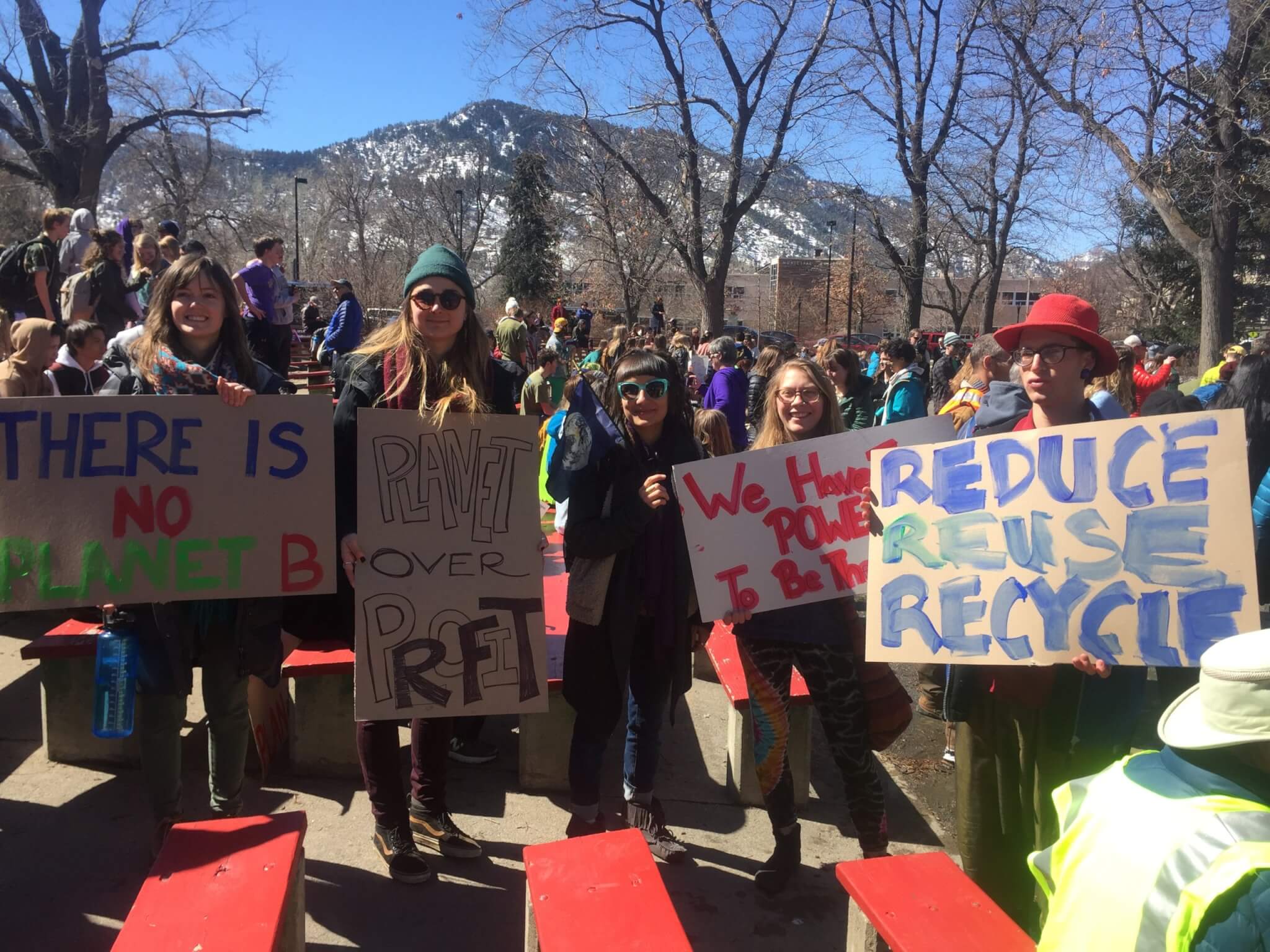 Inspiration From The Youth Climate March 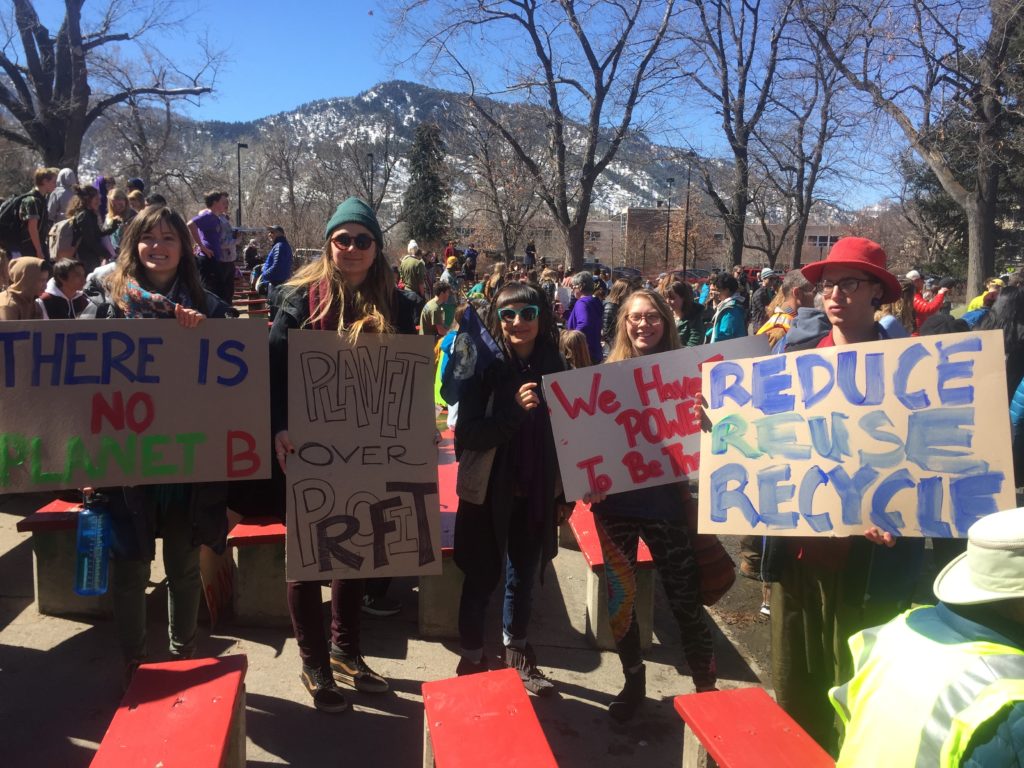 Huddled close together, marching down a busy street in Boulder, Colorado, a student turned around to shout to her friend, “This is the coolest thing I’ve ever done!” They locked arms then and carried out the chant, “Hey, hey! Ho, ho! Climate change has got to go!” before disappearing into the crowd and mass of cardboard signs.

These girls were just two of the 250 students who stepped out of class on Friday afternoon to join the Boulder Youth Climate Strike. All over the world, more than 2,000 student actions took place across more than 120 countries to demand that their political leaders address the climate crisis with the urgency it deserves.

This youth movement began last August with Swedish student, Greta Thunberg (who was just nominated for a Nobel Peace Prize), when she started striking from school on Fridays for the climate. It has now grown into an international movement, which is what pulled us from our desks on Friday to stand with some of these students in downtown Boulder.

As POW employees, we’ve attended our fair share of climate marches, but this one carried an energy that felt different. There was something igniting and new about the whole event––something urgent. 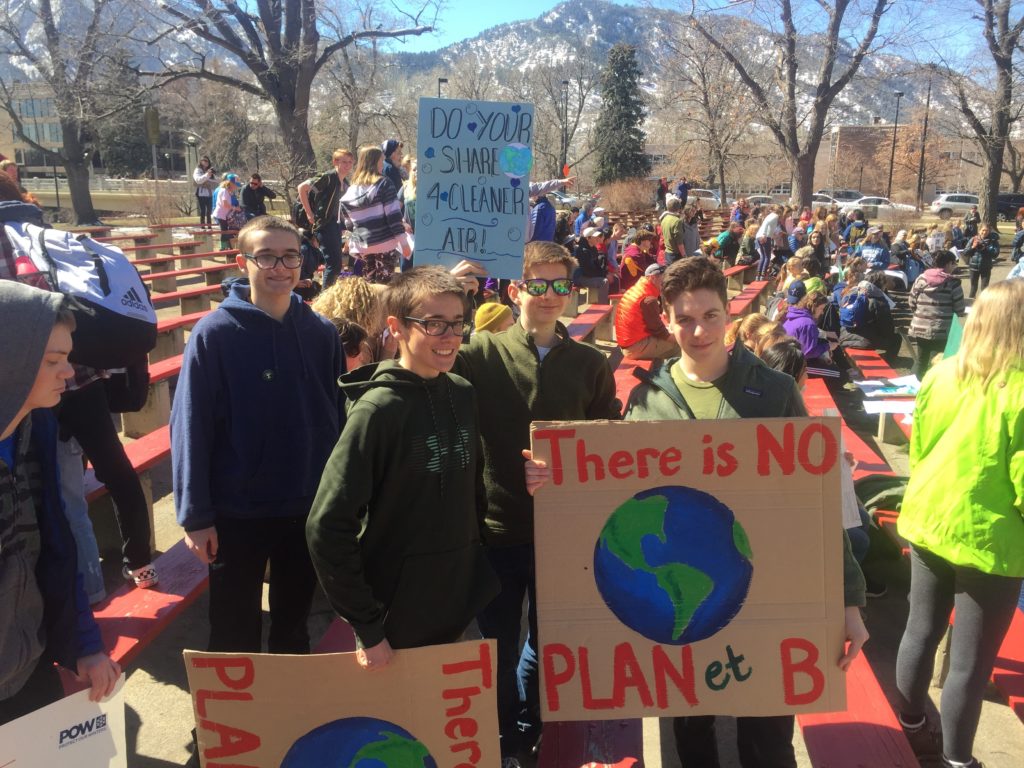 There was clearly a sense of excitement among the students, a feeling that marches tend to bring. And the camaraderie was evident among the different groups; the elementary school students with wide eyes and timid steps, the middle schoolers shoving each other playfully or the college students throwing arms around each other’s shoulders carrying one another through the afternoon.

But there was also a sense of something haunting. As the excitement among the students played out, the undercurrent of the climate tragedies they would face in their lifetimes became very real for the adults in the crowd. You couldn’t help but admire their passion, then choke up over inaction that brought them here.

The world these students will experience will be a world drastically impacted by climate change. And it’s hard not to feel responsible for pulling these kids out of their childhoods too soon because the world’s adult leaders––who we helped to put into office in one way or another––have yet to do the hard work of acknowledging, prioritizing or properly addressing the climate crisis.

As Thunberg said last December at the UN climate summit, “You only talk about moving forward with the same bad ideas that got us into this mess, even when the only sensible thing to do is pull the emergency brake…You are not mature enough to tell it like is. Even that burden you leave to us children…You say you love your children above all else, and yet you are stealing their future in front of their very eyes.” 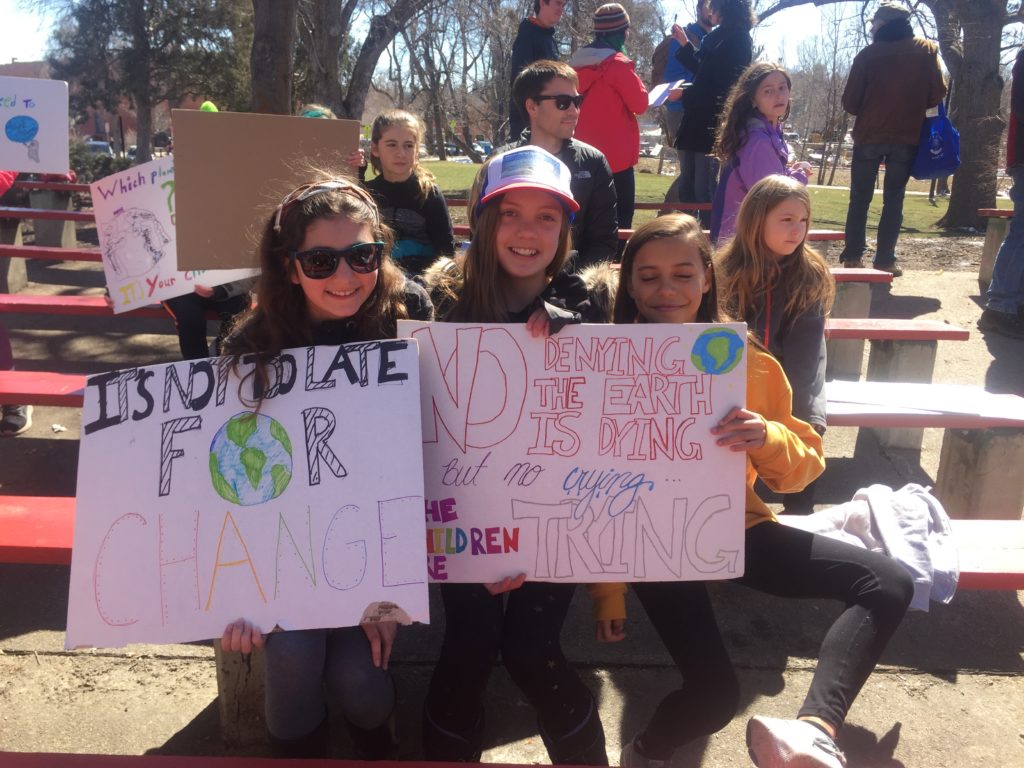 When we finished the march and came back to the original meeting location, a few impassioned students closed out the afternoon with speeches. What became immediately clear was the cry to drop political party ties and work across the aisle to get this crisis under control. As one CU student said from the stage, “This issue is nonpartisan. We all deserve a future.”

It was gut-wrenching and empowering and even Colorado lawmakers like Rep. Joe Neguse, D-Boulder, Boulder Mayor Suzanne Jones and Boulder County commissioners Elise Jones and Matt Jones showed up to pledge to do more to push climate policy at the local and national level.

It was a wake-up call and a reminder of who we pass our burdens onto. But still, young people are the driving force of social progress. They are our future leaders, our future decision makers. And they effortlessly provided the sense of hope we always aspire to find in these marches.

At POW, we look forward to continuing to work with the youth movement and inspiring action on climate. Join us and together we’ll turn all outdoor enthusiasts into climate advocates.