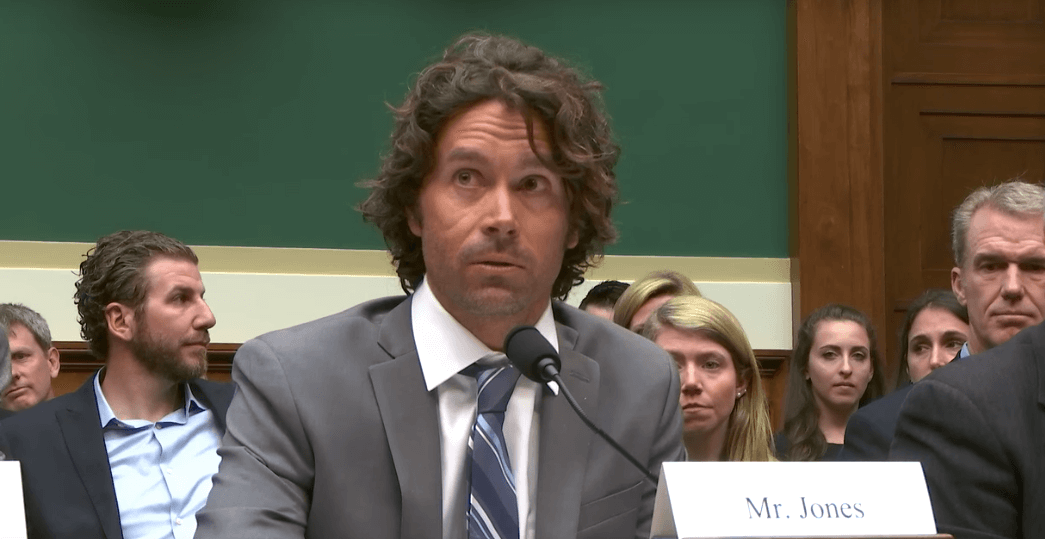 Jeremy Jones heads to the Hill

On April 27, Jeremy Jones headed to Washington DC  to testify in front of Congress on the impacts climate change has on the outdoor recreation economy. Here’s what he had to say.

Last fall, the Outdoor Recreation Jobs and Economic Impact Act passed with unanimous, bipartisan support through Congress (check out Outside Online’s article to learn more). Thanks to this bill, the outdoor recreation economy will be counted as part of the US gross domestic product (GDP) for the first time ever. When we talk to policymakers, it is extremely important to understand the size of the outdoor recreation economy. It helps us talk about how impacts from climate change can reduce revenues and eliminate jobs. So, needless to say, we’re glad this legislation passed.

The House Subcommittee on Digital Commerce and Consumer Protection, a subcommittee of the House Energy and Commerce Committee, held a hearing to discuss the outdoor recreation economy as a result of this bill as they address matters of sports-related commerce, tourism, and travel. They sought a witness who could speak to how environmental quality could impact the outdoor recreation economy. Jeremy attended and testified, talking about the impacts climate change has on the snowsports industry.

You can watch Jeremy’s testimony here, or read it below. 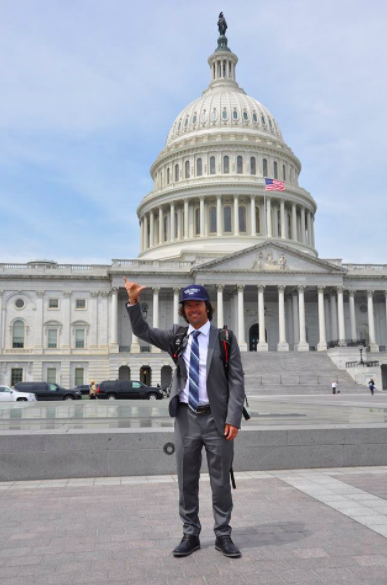 RE: “Outdoor Recreation: Vast Impact of the Great Outdoors”

Good morning Chairman Latta, Ranking Member Schakowsky, and members of the Subcommittee on Digital Commerce and Consumer Protection. My name is Jeremy Jones, I am from Truckee, California. I am a professional snowboarder, the founder of Protect Our Winters, a non-profit based in Colorado with over 150,000 members nationwide, and the founder of Jones Snowboards.

Ten years ago, I founded Protect Our Winters because I have spent my life in the mountains, and I have witnessed the impacts of climate change on our winters first-hand. POW’s mission is to engage and mobilize the snowsports industry to lead the fight against climate change. The snowsports community deeply understands the threat that climate change poses on its future. Snowpack is confined to the highest elevations. What should be falling as snow is in fact falling as rain. Our seasons are noticeably shorter. We understand that if we don’t act to reduce greenhouse gas emissions, we will see the end of winter as we know it.

We are very pleased that the REC Act passed last year with unanimous, bipartisan support—thank you. As a small business owner in the snowsports industry, I believe it is crucial for our government to understand outdoor recreation’s impact when it comes to supporting jobs and economic growth.

I am present today to speak to the importance of environmental protection to ensure a prosperous future for the outdoor recreation economy. As the climate continues to warm our winters, the snowsports industry is increasingly vulnerable. According to the Outdoor Industry Association’s 2017 Outdoor Recreation Economy Report, nationwide, the snowsports industry generates $72 billion annually and supports 695,000 jobs. That means, according to the Bureau of Labor Statistics, the snowsports industry is responsible for almost 70,000 more American jobs than our country’s extractive industries. In 2012, Protect Our Winters contracted with the University of New Hampshire to produce an independent report to understand the economic cost to ski resorts in low snowfall years. I would like to share the data from that study with you today.

Across the United States, average winter temperatures have warmed almost two degrees Fahrenheit since 1895, and that rate of warming has more than tripled since 1970. In the Sierra, where I live, the snowpack is projected to decrease up to 70% by 2050. The strongest winter warming trends have occurred in the northern half of the United States, where snow is an integral part of the economy.

Ski resorts have lost over one billion dollars in aggregated revenue between low and high snow fall years in the last decade. The corresponding impact on employment is a loss of up to 27,000 jobs. These values directly reflect the fact that in low snowfall years, states see up to 36% fewer skier visits. In recent seasons, 50% of resorts are both opening late and closing early. By 2010, 88% of resorts report utilizing snowmaking to supplement natural snow cover to stay in business, which adds an additional $500,000 expense to annual operations.

But unfortunately, climate change will decimate far more than just our winter tourism economy. We know that if snow continues to fall as rain, our ski areas will continue to struggle. But more so—the snowpack will not be sufficient to keep stream temperatures low, and warmer rivers will diminish fish habitat, making fishing difficult. Our rivers will have less water, reducing stream flow and making waters harder to navigate for kayaks and canoes. Rising temperatures will make it difficult to exercise outdoors, shortening our mountain biking, hiking, and trail running seasons. These changes are already impacting rural economies nationwide, and these are communities in places that you represent—from the Oregon Cascades to the headwaters of the Cheat River, from the Sangre de Cristo Range to the shores of Lake Michigan. They rely on outdoor tourism for economic security.

I grew up on Cape Cod, and I went to high school in Maine. Winter has always been a big part of my life, and it has shaped who I am today. I have travelled the world for my career and climate change knows no borders. It’s the same story everywhere.

Early on, my career took me to Chamonix to ride the Vallee Blanche. It’s a popular run down a glacier. In 1920, they built a train to take you back to town at the bottom. Then, they put in a chairlift to take you from the end of the run to the train. When I first visited the Vallee Blanche, in 1990, it was a twenty-minute hike from the end of the glacier to the chairlift. Today, it takes an hour. We know glaciers are receding, but this is occurring at an alarming rate.

In the winter of 2007, I hiked up the grassy slopes of an old ski area in British Columbia with a friend. When I asked him why the resort wasn’t open, he said “It just doesn’t snow here anymore.” He’s 30 years old. He’s seen winter diminish in his lifetime.

Now, I call Truckee, California home. As a rural mountain town dependent on tourism, Truckee depends on consistent snowfall. Each year, spring arrives earlier and earlier. This year, while we thankfully had snow at the highest elevations, we had rain throughout the winter at lower elevations that have always seen snow.

As the owner of a snowboard company, I run one of the many small businesses in mountain towns that depend on a stable climate and snowy winters. With every inconsistent winter, our community’s economy suffers. The ski season used to kick off at Thanksgiving; now, we’re lucky the mountain’s are open by Christmas. This shortens our tourism season and my community—from the local outfitters and restaurants on Main Street to the resort employees—pays the price. Snow is our currency.

Snowboarding has led me to a life outdoors. Just like farmers and fishermen, I’ve observed these changes, daily, for the past 30 years. And now, I’m a father. I constantly think about the world my son and daughter will grow up in. Climate change is changing the places we play right now. In the future, what will these places look like for Mia and Cass? Will they experience a lifetime of snowy winters? I am deeply concerned about the future of outdoor recreation in the face of climate change.

In the press release to announce this hearing, Chairman Latta, you said you look forward to hearing first-hand from witnesses on how Congress can support the outdoor recreation economy’s growth and viability. I respectfully request that you act on climate and mitigate greenhouse gas emissions to ensure the future and prosperity of outdoor recreation.