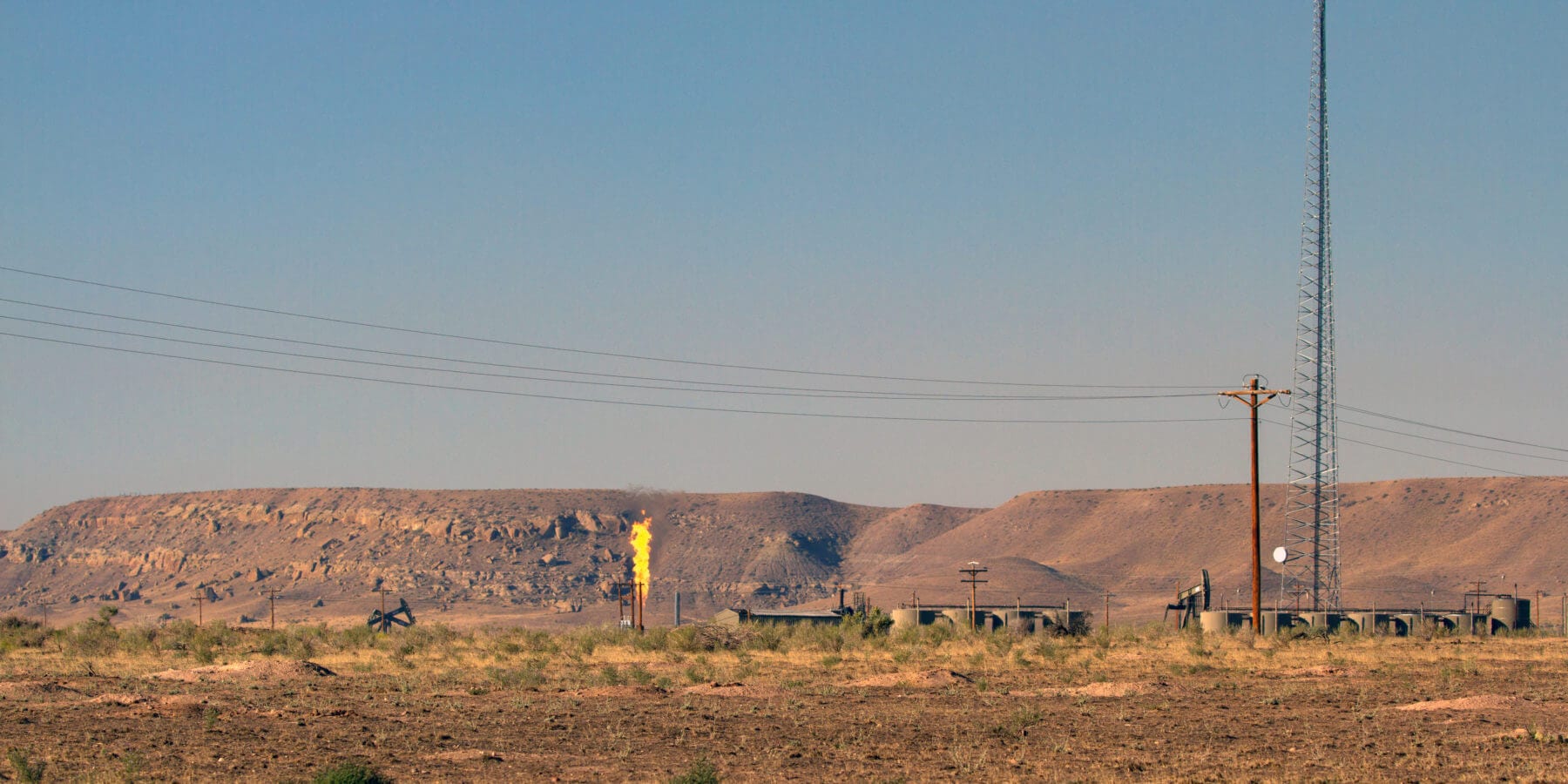 Methane: Why You Should Care About It

Let’s talk about the elephant (fart) in the room: methane.

Methane is a powerful greenhouse gas, even though it doesn’t stick around in the atmosphere as long as carbon dioxide (methane gets reabsorbed after about 12 years compared to the centuries it takes CO2). But methane is WAY more potent, trapping heat at about 84 times the rate of carbon dioxide. It’s like the difference between pouring hot coffee into your fancy Hydro Flask versus a mason jar––after an hour, we all know which sip of coffee is still going to be ridiculously hot. Those little methane molecules are so perfect at grabbing heat and holding on tight that scientists estimate nearly 25 percent of current atmospheric warming is due to methane alone.

So where’s it all coming from? In the United States, an awful lot of methane is coming from oil and gas production. Some of it is knowingly burned off during the processing of natural gas as carbon dioxide (a process called flaring), but another 13 million metric tons are leaked before it even has a chance to be burned. Whether through poorly maintained pipes, cracked seals, or old storage tanks, the processing and transporting of natural gas wastes nearly $2 BILLION worth of leaked methane each year––enough to power 10 million homes. Not only is that a massive impact to the climate, but it’s also a massive waste of resources.


In Colorado, a state that is about 36 percent public land, the conversation around methane emissions becomes even more important. Fifteen percent of Colorado public lands are open to drilling, and the Trump Administration continues to lease about 6,617 acres a month of public land to oil and gas development. That’s a lot of opportunities for unregulated methane emissions.

The good news is that Colorado, the very state that created landmark legislation to lead the way on methane regulations in years past, is once again working on a plan to make those rules even stronger. The state is now working on a plan to capture methane from oil and gas operations to reduce what gets wasted at a typical drill site. The Colorado Department of Public Health and the Environment has put forth a proposal that will continue to strengthen Colorado’s methane regulations––and POW supports it. Just check out what POW Alliance members Chris Davenport and Clare Gallagher had to say about the proposal.

Considering Colorado will receive just $120 million this year (less than one percent of the state’s budget) from oil and gas leases on public lands, while the Colorado outdoor industry will generate $2 BILLION in state and local tax revenue, it’s time to put the climate crisis and its impact to the outdoor community at the top of our policy priority list.

POW is proud to support this proposal and hopes that the members of the AQCC will as well.