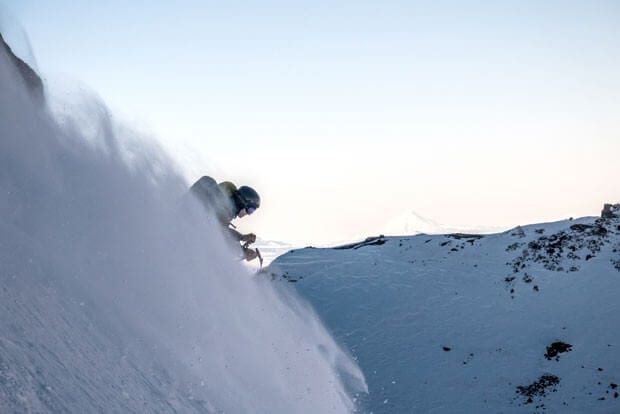 Optimism And The Climate – Graham Zimmerman 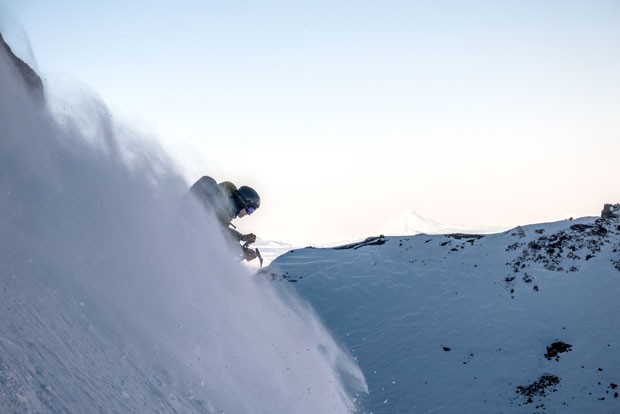 POW Alliance member and professional alpinist Graham Zimmerman reflects on optimism in the outdoors and when facing climate change. “The difference between climate change and ducking out of high winds in the Three Sisters Wilderness is that climate change is not something we can avoid. Climate change is not a problem that we can address by donning our rose-colored glasses. There is no option to bail and return home.” This story originally appeared here, in the Source Weekly.

As a professional mountain climber, I’m known to be somewhat of an optimist. In my profession, a healthy dose of optimism comes in handy. A pair of rose-colored glasses encourages me to imagine conditions getting “better,” “warmer” or “easier” in order to keep going when the going gets tough. Nonetheless, there are times when optimism gets me into trouble.

This past spring, my friend Mason Lacy and I headed into the Sisters Wilderness to complete the Three Sisters traverse, one of the classic longer ski-mountaineering objectives in Central Oregon that involves climbing and skiing on those iconic peaks standing out so majestically on Bend’s western horizon. Mason and I did our homework. We double checked our checklists. We monitored the weather. Everything looked good—well, almost everything. The forecasts showed high winds starting in the late morning. Feeling that familiar pre-climb excitement and optimism, I concluded that high winds wouldn’t interfere with our objective, and off we went.

A few hours later, as we stood on top of North Sister, the forecasted winds pummeled us at well over 100 miles per hour. My optimism had gotten us into a tight spot.

To be clear, our survival was not in jeopardy, but this was certainly not the day of corn skiing, sweating and high fives in the sun that we’d imagined. Instead, we were cursing vehemently as we climbed down the mountain on hands and knees, unable to stand erect in the high winds. When we finally managed to strap on our skis, we were forced to pull into a full tuck in order to make downward progress. Without our full-tuck position, we were blown back uphill. It was terribly hard work and when we finally made it to the saddle between the North and Middle Sisters, we kept our skis pointed downhill. Humbled and exhausted, we returned home.

The difference between climate change and ducking out of high winds in the Three Sisters Wilderness is that climate change is not something we can avoid.

This brings me to another forecast showing nasty weather conditions. This forecast is bearing down on us, and it’s one through which optimism alone will not see us through. It’s a situation for which we need to take action immediately and intelligently. I’m referring to the climate change taking place around us, due to our society’s carbon emissions.

But there is good news. The City of Bend is in a position to be a leader in the drive toward a climate-friendly society and economy. The Community Climate Action Plan being considered by the Bend City Council over the next few months is a well-designed set of guidelines for the city to reach goals of 40% reduction in emissions by 2030 and 70% by 2050.

As one of the fastest-growing cities in the country, the action plan could make the city a leader in climate solutions that not only drive the needed systemic change in how we create and use our energy, but will also create sustainable jobs and increase the city’s economic vitality and affordability, while also improving health and safety. CCAP supports the natural environment on which the tourism economy and our psychological well-being rely.

Next spring, Mason and I will return to the Three Sisters Wilderness to complete the traverse of those iconic peaks. You can be sure we will do so with a more vigilant eye on the forecast. Similarly, you will see me at City Council meetings supporting the city’s CCAP. We want those glaciers in the Three Sisters Wilderness to be around for generations to come. And we want to reside in a city that leads the charge into a climate-friendly and sound economy future. This is something we can get optimistic about.

To find out more about the Bend Community Climate Action Plan, visit the city’s website (bendoregon.gov/city-projects/sustainability/community-climate-action-plan). Then call or write your City Council and let them know what you think.

Graham Zimmerman is a professional alpinist and storyteller based in Bend. He’s a partner at locally based Bedrock Film Works, where he strives to share stories about the power of the outdoors and the importance of protecting the climate and natural spaces.