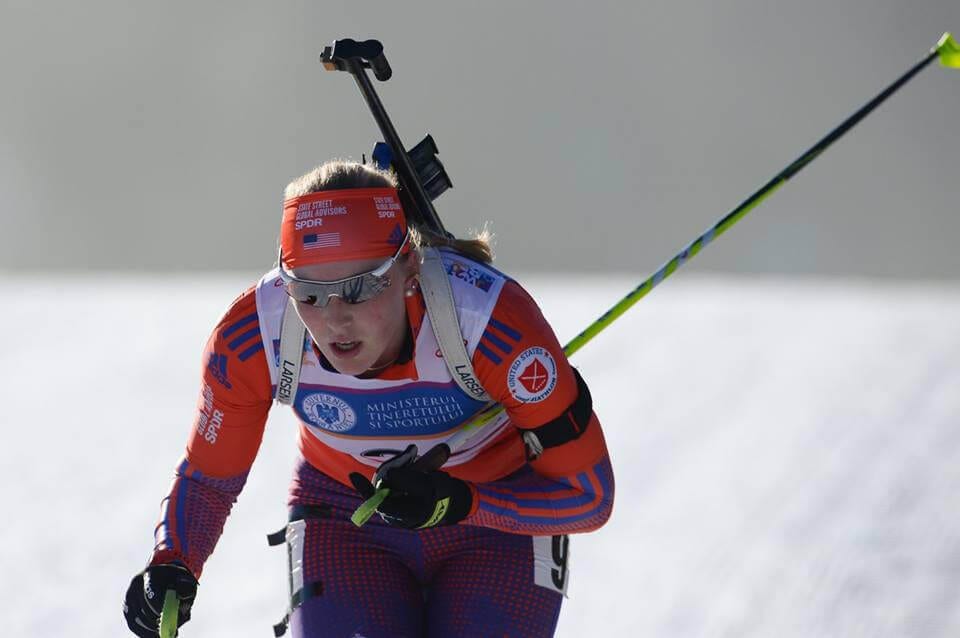 In March, NY State Sen. Brad Holyman introduced legislation in Albany, committing NY to being powered by 100% renewable energy by 2050. POW Alliance Member and Olympic biathlete Maddie Phaneuf teamed up with this bold lawmaker to talk about how climate change isn’t an ‘upstate or downstate’ issue, but a whole-state problem.

We have vastly different life experiences — one as an Olympic biathlete from the Mohawk Valley who just returned home from representing the United States in Pyeongchang, the other as a state senator representing much of lower Manhattan and the West Side — but we’ve arrived at the same conclusion: We must fight for truly ambitious policy to combat climate change here at home.

Climate change affects New Yorkers across the state, whether by battering coastal areas like New York City with unprecedented storms or causing historically low levels of snow in the North Country, harming economies that depend on winter tourism. Superstorm Sandy cost the state at least $32.8 billion. Meanwhile, shorter winters with less snow each year threaten more than 300,000 jobs connected to outdoor recreation in New York and the $41.8 billion in consumer spending that accompanies it.

Overall, the New York State Energy Research Development Authority estimates climate damages may cost New Yorkers more than $10 billion annually, including from coastal flooding, agricultural disruption, and higher electricity costs from heat-wave driven blackouts. These numbers confirm what we have already seen in our communities — that climate change is not a “downstate” problem or an “upstate” problem, but a whole-state problem.

The solutions will need to be forged on an equally comprehensive, statewide scale. Scientists tell us we have until midcentury to transition our global economy to power from mostly renewable resources, if we are to keep a habitable planet for future generations.

One important solution is the Climate and Community Protection Act, which would commit New York to being powered by 100 percent renewable energy by 2050. The CCPA would also make sure at least 40 percent of state energy funds are invested into vulnerable communities and would establish strong labor protections for workers in the renewable energy industry.

The Assembly has passed the CCPA twice, in 2016 and 2017, and there is bipartisan support for it in the Senate already. This opportunity to pass the most forward-thinking, visionary climate legislation on the table in the country has stalled long enough. 2018 must be the year we take action.

Low-income communities of color are still getting sick at disproportionate rates from air pollution and are still vulnerable to the next heavy storm. Workers entering the renewable energy industry still need to renegotiate the terms of every project, rather than having an across-the-board guarantee that clean energy jobs are good jobs. And only 3 percent of New York’s electricity is generated from renewable sources. Our progress, comparatively successful as it may be to other states, does not reflect the speed and urgency demanded by the moral nature of this crisis.

Gov. Andrew Cuomo should bring the full force of his political courage to the table with us. Passing the CCPA can cement our state’s legacy of climate leadership and, most importantly, can transform life for the better for all New Yorkers.