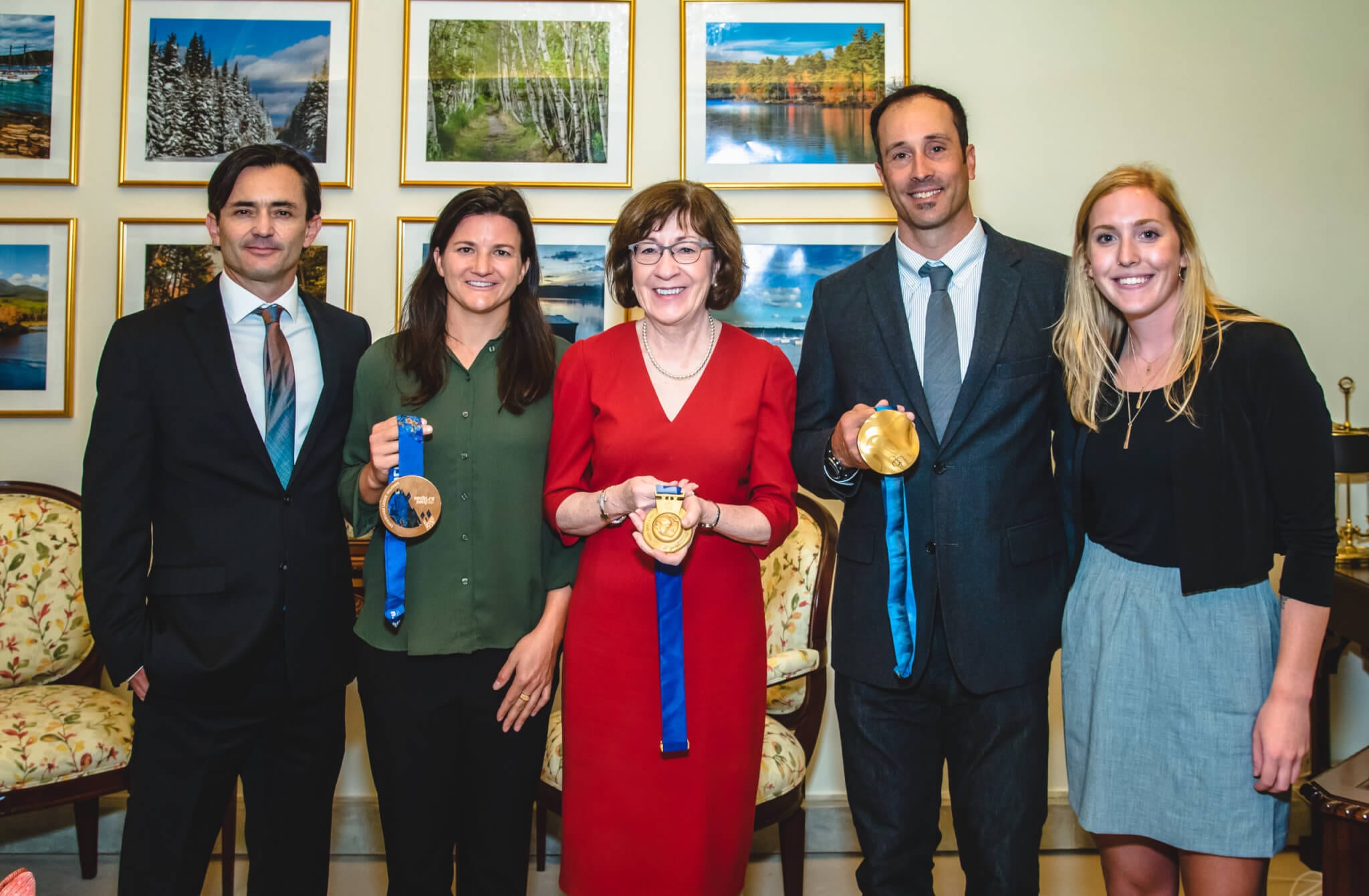 From gold medalists to resort and brand CEOs, a delegation representing the $887B outdoor and snowsports industry delivered a strong economic argument for climate action

During a dramatic day on Capitol Hill, professional athletes and outdoor industry leaders laid tracks through congressional hallways using strong economic figures to rally bipartisan support for clean energy and other climate-friendly policies. Organized by Protect Our Winters, the advocacy effort directly connected powerful constituents from the outdoor world with their representatives on both sides of the aisle.

As gold medals opened up shortcuts throughout the Capitol, the group met with 28 senators and representatives focusing on regions with mountain communities. The advocates put scientific arguments aside and delivered the message that the outdoor industry, a powerful economic driver and job creator, is at dire risk. 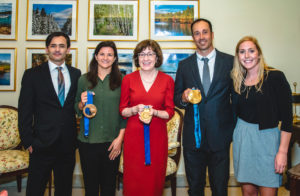 On the Hill, they made practical asks of members of Congress to support policies that: invest in clean energy sources; minimize the greenhouse gas emissions of the transportation sector; set an economy-wide price on carbon; fund climate research and greenhouse gas reporting; and recognize the impact of climate change on the outdoor industry.

Warming winters threaten not only the winter sports industry but the entire $887 billion-dollar outdoor recreation economy in the United States. “Climate change shouldn’t be a partisan issue and we know that bipartisan action will be necessary to address our warming winters,” said Mario Molina, Executive Director of Protect Our Winters. “With that we met with both Republicans and Democrats, encouraging all Members of Congress to join the bipartisan Climate Solutions Caucus. Representatives from mountain states have a clear reason to lead this caucus, as warming winters threaten the economies of their districts.” 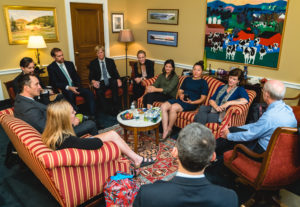 Congresswoman Ann McLane Kuster (D, NH-02), who co-chairs the Congressional Ski and Snowboard Caucus and is a member of the Climate Solutions Caucus, hosted a reception where Members of Congress and their staff could meet the athletes and learn more about climate change’s impact on snow sports.  “It’s about jobs and it’s about the economy,” said Rep. Ann McLane Kuster, D-N.H., at a Capitol Hill reception. “Global warming is putting 191,000 snow sports jobs at risk”, she said.

“Coming from Maine, we don’t have a fossil fuel industry, but we do have important snow sports and outdoor industry. So our representatives are in a great place to have a voice on clean energy and climate,” said snowboarder Seth Wescott. “The experience of coming to D.C. and having these conversations is important to me. As a constituent, I can use my platform as an Olympic athlete to try to influence my representatives to do the right thing.” 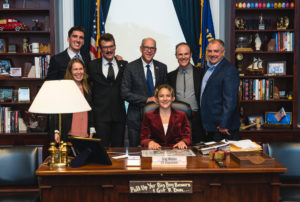