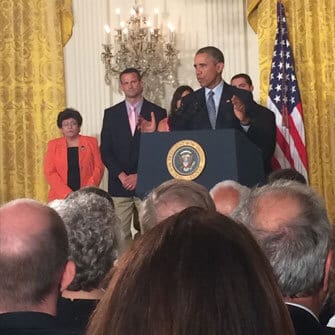 Last week, POW’s Executive Director, Chris Steinkamp had the honor of attending the announcement of the Clean Power Plan in the East Room of the White House.  “It was an absolute honor to be part of this exclusive group in the room with President Obama as he announced this historic step forward to reduce carbon emissions and slow climate change,” said Chris. “This plan is truly the game-changer that we’ve all been working for.”

Power plants account for nearly 40 percent of U.S. carbon dioxide emissions. That’s more than every car, truck, and plane in the U.S. combined. Until now, power plants have been allowed to dump unlimited amounts of carbon pollution into the atmosphere – no rules were in effect that limited their emissions of carbon dioxide, the primary driver of global warming.

For the first time, the EPA has finalized new standards that will reduce carbon emissions from power plants. These standards, known as the Clean Power Plan, have been developed under the Clean Air Act, an act of Congress that requires the EPA to take steps to reduce air pollution that harms the public’s health. These new standards aim to reduce carbon emissions by an estimated 32 percent below 2005 levels by 2030.

“Walking into the White House is surreal, you have to pinch yourself as a reminder about where you are, and that you might not be there ever again.  And then it began – first Gina McCarthy and then President Obama walked through the door. I had to open my eyes wide, put the camera down and savor the historic moment.”

Not only did President Obama talk about details of the plan, but he went off script at times to talk about his personal experiences with smog as a student in LA and mention that the acid rain and the water pollution issues in the 1970’s were solved by common sense action. We pushed through each one and solved them. So we’ve got to know our history now, and the kinds of criticisms that we’ll hear soon about the Clean Power Plan are simply excuses for inaction, he said.

And then he continued:

“The issues we deal with are ones that are temporally bound and we can anticipate things getting better if we just kind of plug away at it, even incrementally. But this is one of those rare issues — because of its magnitude, because of its scope – that if we don’t get it right we may not be able to reverse, and we may not be able to adapt sufficiently. There is such a thing as being too late when it comes to climate change.”

Afterwards, Chris said, “To have been part of this exclusive group last Monday was an honor and to have the winter sports community be recognized was incredibly validating. We’re being recognized for our economic impact and our influence, and as a group with too much at stake. Thank you to all of you, who I represented there, for all of your hard work, writing letters, making calls and telling your friends to do the same. You’re giving our community a voice on climate. It’s working and we should all be proud of the progress we’re making.”

But with this historic day, our fight isn’t over. Between partisan attacks in Congress and at the state level, and important negotiations in Paris this December, the next six months will be critical to our movement. We’re gearing up for our biggest push yet. 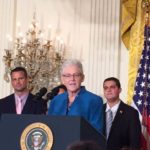 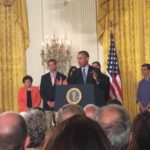 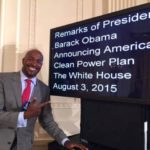 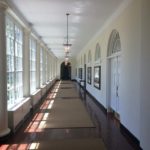