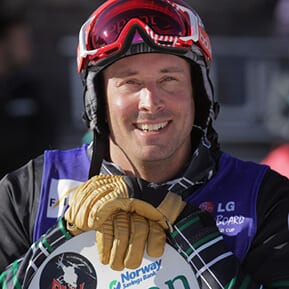 Seth Wescott: Time for Maine lawmakers to lead the transition to a clean energy economy

Maine resident, POW Riders Alliance athlete, and Olympic snowboarder Seth Wescott recently wrote an op-ed about using solar energy to mitigate the impacts of climate change. The piece, which was originally published in the Portland Press Herald, can also be found here. Here’s what Wescott had to say:

CARRABASSETT VALLEY — Maine could, and should, transition to a clean energy economy. But instead, we are falling behind almost every other state in the country by failing to give our residents the opportunity to invest in solar energy.

A healthy winter is about more than just powder days. It’s about people’s livelihoods and local businesses. Nationwide, according to the Outdoor Industry Association, the snow sports industry (cross-country, downhill, nordic and telemark skiing; snowboarding; snowmobiling, and snowshoeing) is responsible for $72 billion in revenue and 695,000 jobs each year. Decreased snowpack and warmer winters threaten the prosperity of our winter tourism economy. To realistically mitigate these impacts of climate change, we have to utilize clean sources of energy, like solar.

After growing up in Farmington, I traveled the world to compete in snowboard cross. From competing in the Torino and Vancouver Olympic Games to exploring the Chugach Mountains of Alaska and riding first descents in the Himalayas, I have seen how climate change affects rural mountain communities around the world. I know that change starts at the local level. After witnessing these impacts, I wanted to return to Maine and invest in my community’s tourism economy.

Today, I co-own and operate a slope-side restaurant at Sugarloaf, The Rack, and a snowboard manufacturing company, Winterstick Snowboards. Both businesses generate revenue and provide jobs in our rural community. But both businesses depend on snowy winters to drive profit; therefore, they wouldn’t survive in an unstable climate.

To move to a stable climate, we need to transition away from fossil fuels. This means investing in clean energy and a low-carbon economy. The recent proposal from the Maine Public Utilities Commission to eradicate “net metering” goes too far. Net metering is a billing mechanism that enables individuals and businesses to not only generate their own solar energy, but to also receive a fair credit for power sent to their neighbors. The PUC’s proposal would eliminate the credits on electricity bills that provide home and business owners with an incentive to transition to solar in the first place. Maine should be growing its nascent solar market by expanding this policy, not killing it.

Net metering currently exists in 42 states across the country, and it is the simplest way to transition to clean energy as it provides an immediate return on investment. Our state currently generates only 1 percent of its energy from solar, and we are quickly falling behind the rest of the country by continuing to rely on fossil fuels.

I am proud that my home mountain, Sugarloaf, is standing against this proposal, too, through its membership in the Industrial Energy Consumers Group. Maine business owners are coming together to speak out against the proposed “transmission and distribution” fees that the PUC would charge on solar power consumed right on site. These unprecedented and extreme policies undermine the right to self-generate and self-consume clean energy. They are, plain and simple, bad for business.

If Maine embraces solar, it can protect winter tourism while creating hundreds of new jobs, lowering utility costs and providing clean, local energy options for consumers. Without action, carbon pollution caused by the consumption of fossil fuels will affect not only the outdoor recreation industry, but also our state’s natural resource economy, from agriculture to fishing. The consequences have the potential to be catastrophic.

It’s time for state lawmakers from both parties to work together to lead the transition to a clean energy economy. If the Legislature doesn’t act, the PUC’s failing mindset will prevail. Maine can’t afford to miss opportunities for low-cost clean energy.