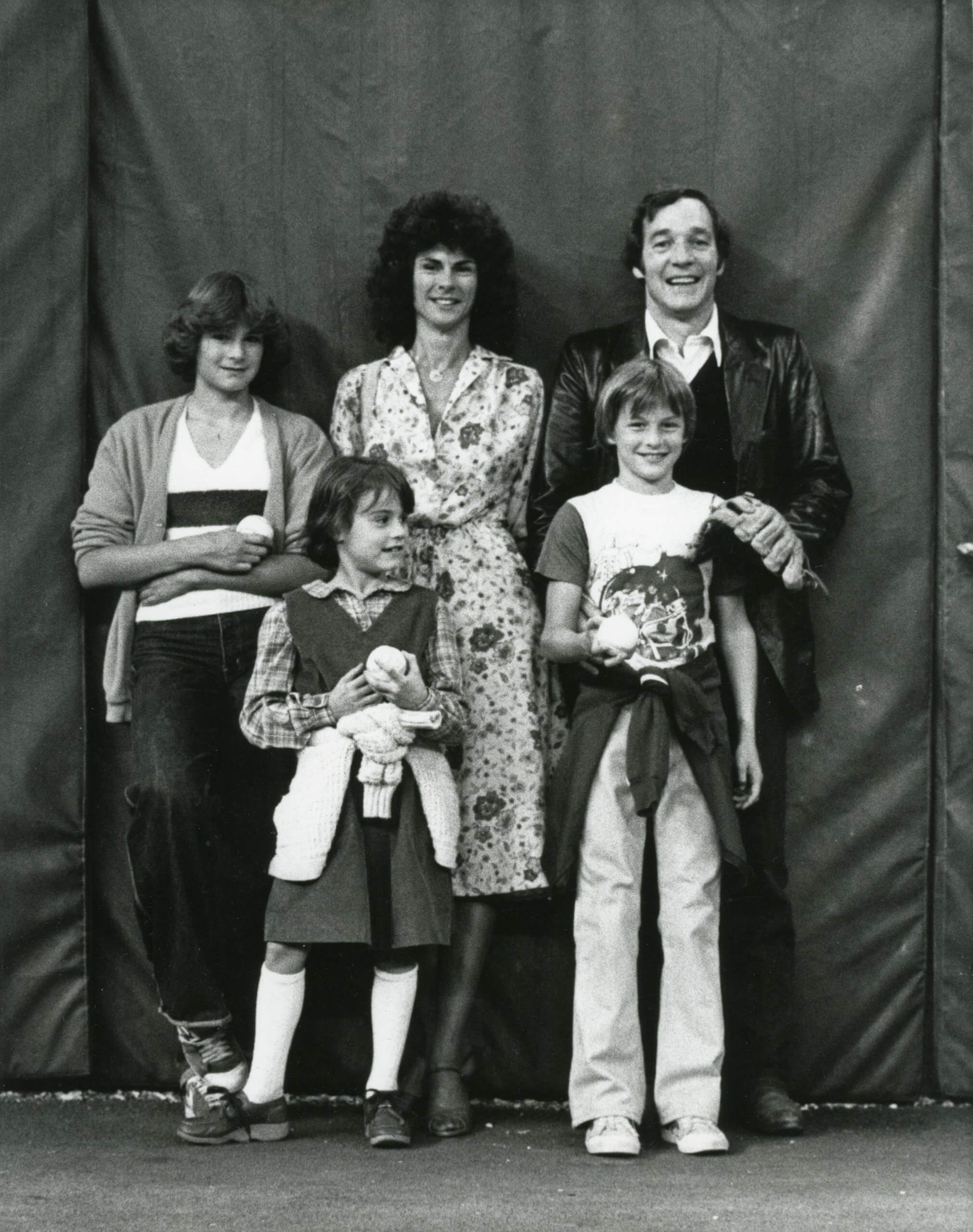 This winter, I found myself sitting center stage, part of a panel discussing climate change at the World Economic Forum in Davos, Switzerland. Sitting to my right was former Vice President Al Gore and to my left was Christiana Figueres, two well-known figures on the subject of climate activism. I found myself there because, as member of the POW Alliance, I was offered the opportunity to speak on behalf of the outdoor industry. My voice as an athlete would offer a different perspective from the better-known climate voices – politicians, scientists, or businesses. I was nervous; despite being an ambassador for POW, I had never taken a public stance about the state of our planet, nor did I think I had anything to contribute on the global stage. POW convinced me otherwise; there was value in my experiences as an adventurer, a traveler, and a climber. I had seen the impacts of climate change firsthand; at high elevations, extreme latitudes, and even in my own backyard. 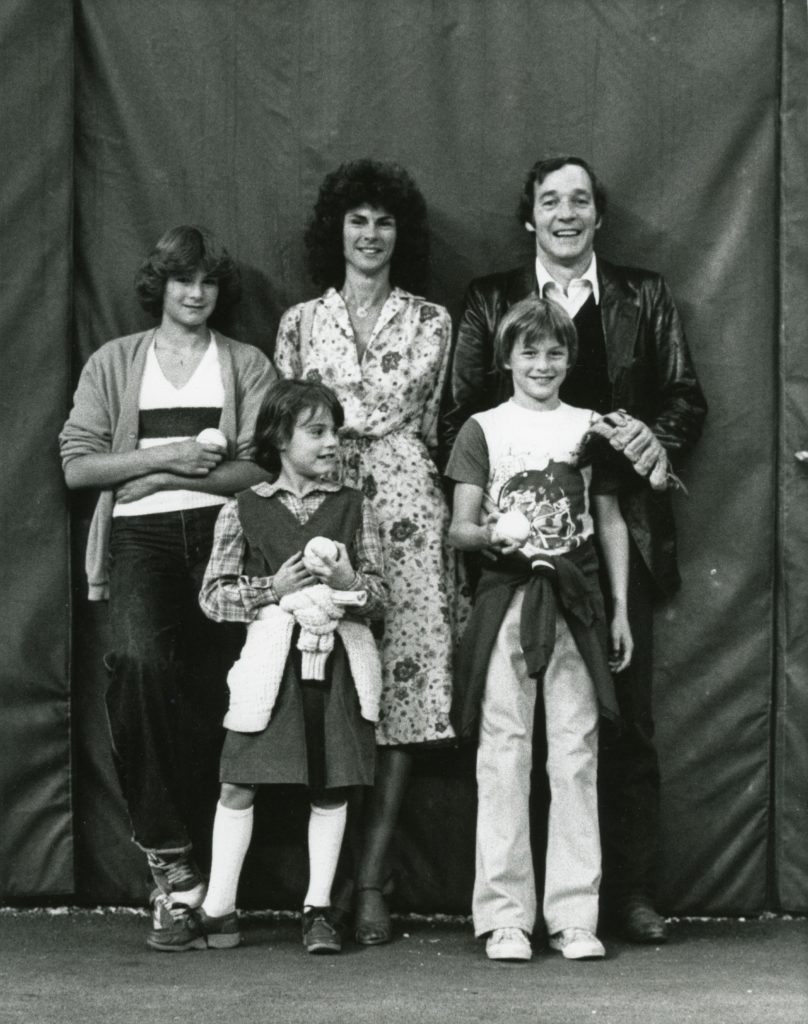 I grew up in a conservative Republican household that happened to prioritize time spent in the outdoors. As a family, we were pushed to play organized sports but we also spent time in North America’s wild places. I learned early that a passion for the outdoors and adventure had no political affiliation. But politics were different when I was a kid. Yeah, there were the usual heated discussions, but in general, people agreed to support the president and things just felt more bipartisan. There was no social media and no presidential Twitter account to fuel disagreement. Now, as a fiscally right leaning but socially and environmentally left leaning adult, I understand that progress of renewable resources and public lands can only truly happen when they are recognized as economically viable. Unfortunately, that very belief leaves me at odds with my dad, prompting many heated debates. I’m awful at confrontation and I love my dad, so I usually end up on the losing end of these entanglements.

Losing many debates to my dad was just one of the reasons I feared speaking publicly about our changing climate. These arguments had left me with a deep-seeded insecurity that maybe I didn’t actually know what I was talking about. I just didn’t know enough to stand on the worlds’ stage and talk climate. Unfortunately, it wasn’t just my confidence that made me nervous for Davos – I also needed to confront my fear of being called a hypocrite. Over the last few years, I’ve learned that this is a common sentiment among many outdoor athletes. As a ski mountaineer, I contribute to the burning of carbon by traveling to the most remote corners of the globe. I drive a car, use electricity, single-use plastics, and live in a town that without modern amenities would be uninhabitable. How could I possibly talk about climate?

While initially skeptical of the opportunity to sit on the panel, the deciding factor ultimately came from my kids. We live in Telluride, Colorado, a town economicially dependent on winter and snow. This year was essentially a non-winter. While low-snow seasons in Telluride were not unheard of, we never had a winter with temps climbing into the 50’s in December and January. When my kids gathered on our front porch this past December, squinting their eyes hoping to make out a single snow flake in the falling rain, they asked me when winter was coming…that hit me hard. 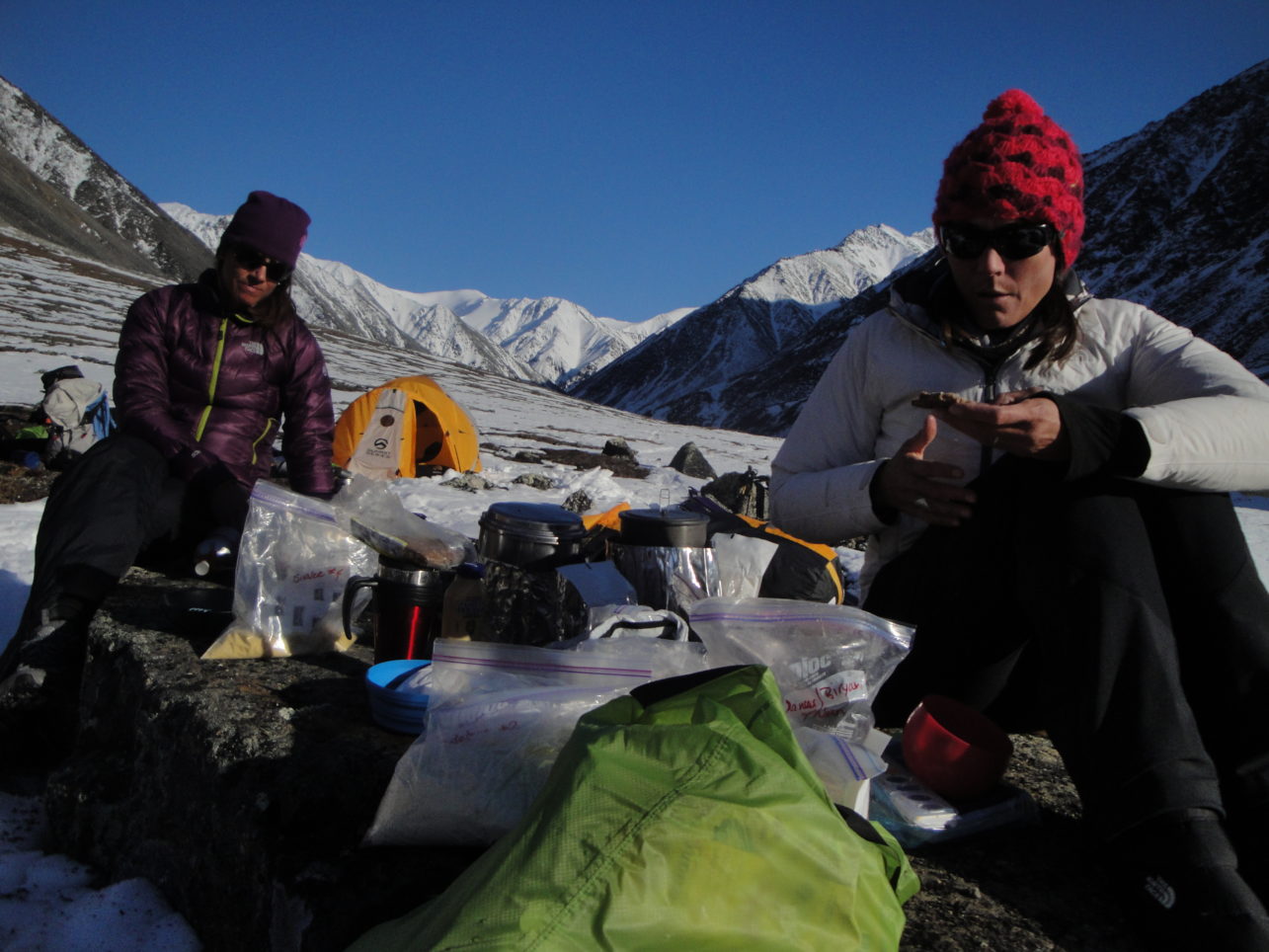 Climate change is real. I know this because I’ve seen it with my own eyes: in Greenland when pouring rain in April caused the mountains to crumble, on Baffin Island where polar bears were forced inland because the ice flows melted out too soon, on the north slope of the Brooks Range, ANWR in Alaska, in South America and alas, in my own backyard in Colorado. It’s not just possible, but rather probable, that by the time my kids are my age there will be very little snow falling. And while snow may not seem like a big deal to some; snow, ice, water and mountains have been my guiding compass for a life full of adventure and passion. It’s disturbing imagining a life for my kids that does not include the very thing that shaped me as a person and a parent. The stories about our changing planet that I’ve accumulated through 20 years of first-hand experience are important enough that they just might be worth telling. It would be worth taking on my fears and doing something important. So, on the porch of that rainy day in December, I agreed to go to Davos. It was one of the most difficult, uncomfortable, and scary decisions I’d ever made. 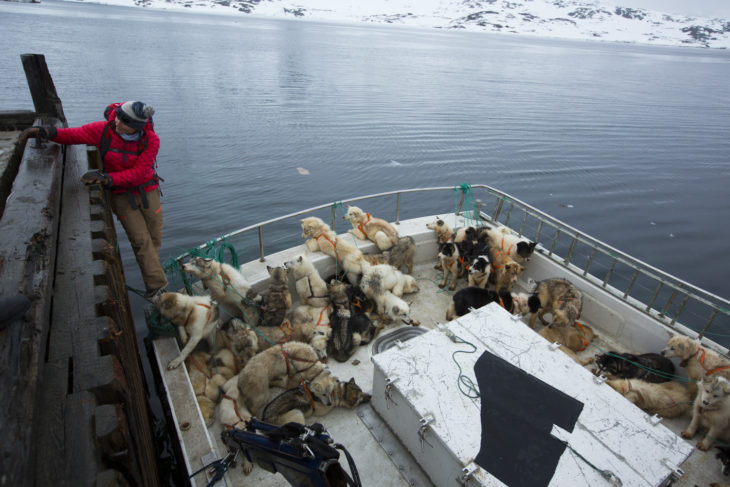 Photo Credit: Adam Clark – East Greenland 2014 – We had to take a boat with dogs to get to ice as the bay had unseasonably melted out

News of my upcoming panel in Davos brought both pride and, as expected, a heap of climate arguments from my dad, which I am proud to say I survived. In the weeks of my preparations, my fears of being called out as a hypocrite were realized, but I resolved to not let it hold me back. I studied, learned, and gained confidence in speaking about the outdoor industry and the power it wields in terms of economics: $887 billion in consumer annual spending generates $65.3 billion for the federal government. I’ve learned how much this industry stands to lose in a warming climate. These facts would help give my voice the economic importance needed to make my personal stories carry a punch. 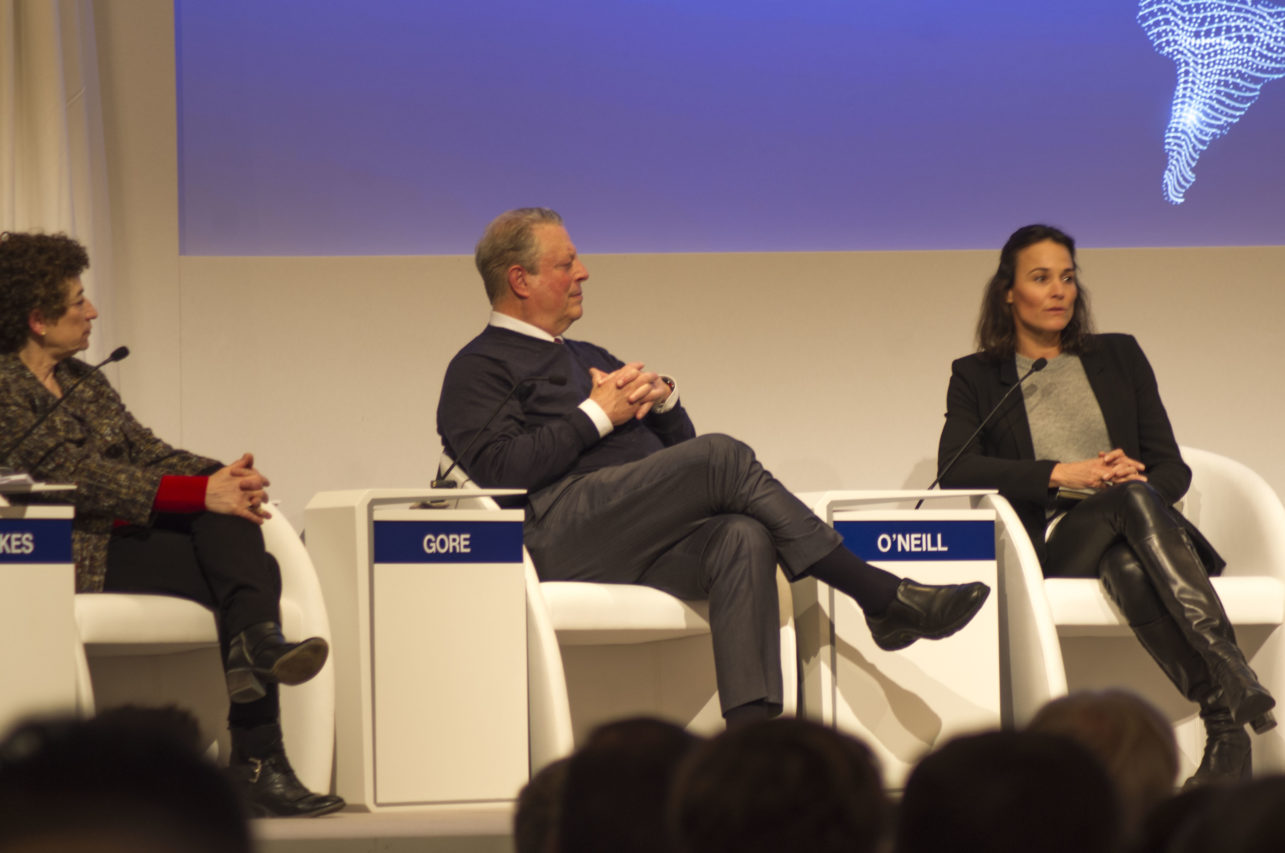 Photo Credit: Protect Our Winters – Hilaree sits on a panel at the 2018 World Economic Forum

I did it. I sat center stage, part of a panel discussing climate change at the World Economic Forum. I am proud of my contribution. I realize now, looking back, how much I learned from the experience. We need to have a voice and take action on the issues in our world that we care about, even when it’s hard. Especially when it’s hard. I hope this is just the beginning for me on this path and that 20 years from now, I can tell my kids I did all that I could to help protect our winters.