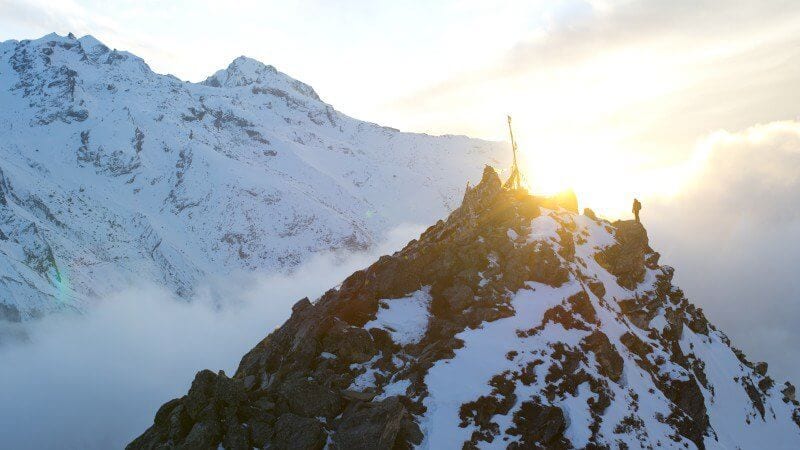 The North Face: Washington Must Act on Climate Change

Twice annually, the $646 billion outdoor industry gathers at Outdoor Retailer, in Salt Lake City, where attendees get a firsthand glimpse of all the trends, colors, fabrics, and styles that will hit the slopes, trails, and streets in the year to come. Trend spotting is one of the show’s rites of passage. Of all the trends I saw there last time, one in particular gives me hope: the growing call for action on climate change.

The outdoor industry has been a leader within the wider business community in terms of sustainability and lowering our carbon emissions. At The North Face headquarters in California, 100 percent of our electricity is provided by renewable sources. We continually seek ways to reduce our carbon footprint and we understand there is still much to be done. We applaud the efforts of other outdoor brands to slash their carbon footprints. It’s the right thing to do for our bottom lines, for the 6.1 million people that are collectively employed in the United States by outdoor brands, and for our children and grandchildren.

Here’s the thing: sustainability itself will not solve the climate challenge. We need Washington to step up too, and recently they did: the Obama administration made the Clean Power Plan (CPP) official.  It’s the most historic act by any U.S. president to tackle carbon emissions by combining smart energy efficiency initiatives with carbon reduction targets and clean energy generation. The goal is to reduce U.S. carbon emissions 30 percent below 2005 levels, but just as powerful, it’s a signal to the world as we head into the UN Climate Conference in Paris that the U.S. is very serious about the future of our planet.

The White House estimates the CPP will create 275,000 U.S. jobs—good new-economy jobs hammering up solar panels, making our homes and buildings more efficient, erecting wind turbines, designing the software and hardware that run a smarter energy grid. As a company president, it is very clear to me that the CPP will jumpstart American innovation and entrepreneurialism. (It will also likely lower your energy bills, according to a new study by the Georgia Institute of Technology.) But the CPP is just the start. Now it is time for Congress to step up. History shows that big environmental victories—protecting the Grand Canyon, establishing the Clean Air Act and the Clean Water Act, efforts to reduce acid rain and ozone depletion—only come with bold government action. Before these laws were enacted, our rivers were toxic and our air was choked with soot. These acts didn’t include drastic losses in jobs or hinder economic growth as some had predicted.

Sadly, there is currently no coordinated congressional action on climate. In fact the Senate voted to dismantle the CPP just last week, despite a majority of the U.S. public supporting it. The fossil fuel industry continues to block sensible legislation. To overcome this hurdle, the outdoor industry—along with all other business sectors and concerned citizens—must bring the fight to Washington. We must demand action for the sake of our children, for the sake of our mountains and our planet, and for the sake of our businesses.

For example, as a member of the advocacy coalition Ceres Business for Innovative Climate and Energy Policy (BICEP), The North Face joined leading businesses including Apple, Disney, Ikea, Starbucks, Pepsico, and more in signing the BICEP Climate Declaration. The declaration’s premise is simple: tackling climate change is one of America’s greatest economic opportunities of the 21st Century. We’ve also joined Protect Our Winters to ensure that our professional athletes and consumers are engaged and taking meaningful action to pass energy and climate legislation that will protect the outdoors for generations by enabling a rapid transition to a low-carbon 21st century economy that creates jobs, stimulates economic growth, and stabilizes our planet’s climate.

This week in Paris our parent company VF Corp announced a commitment to source 100 percent renewable energy in owned and operated facilities by 2025. And while we still have work to do to reduce our global carbon footprint, we’re moving in the right direction and we’re proud of this bold step forward in tackling climate change and protecting a healthy environment that we depend on.

Outdoor exploration is in our DNA at The North Face. Our athletes have scaled every major mountain in the world and we take pride in self-reliance. We go where few dare. Climate change, however, cannot be overcome through solo effort. Today, our athletes and customers use our equipment in wild lands and national parks created by our government in recognition of their profound value to the American people. Now, those very lands are suffering droughts and fires, beetle-kill, and flooding. We the people set that land aside; now we must act once again, this time to protect that land from the ravaging effects of a warming world.

The world’s eyes will be on Paris the rest of this week, and we’re hoping that our leaders will unite and find common ground to tackle this greatest environmental issue of our time. Climate change touches every one of us and demands that we all be part of the solution.

If your company has not signed the BICEP Climate Declaration yet, I urge you todo it today. And to learn more about the Clean Power Plan, click here. To take action to support it, click here.