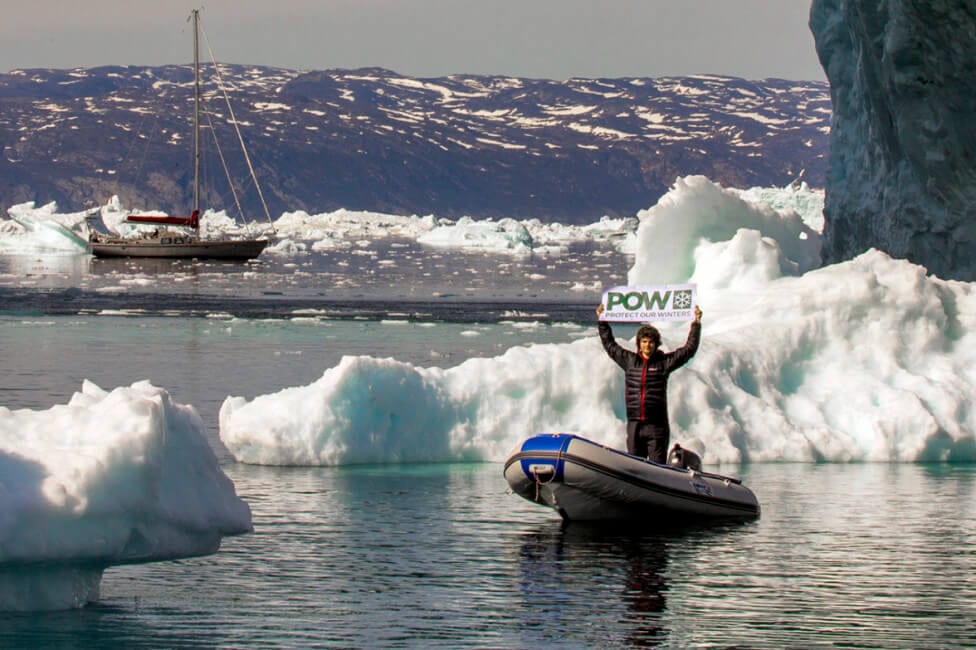 In an effort to bring unique perspectives during COP21 in Paris, meet Tybalt Peake,
a fifteen-year-old adventurer and POW members who has just become the youngest British person to sail the Northwest Passage – and one of the youngest climate crusaders. 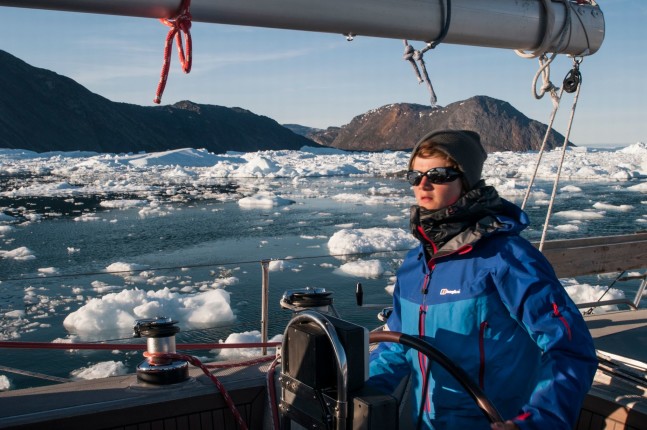 I am writing this to urge the world leaders meeting in Paris to come up with a binding and universal agreement to save our planet.

I’ve just spent an incredible four months in the Arctic, but the scary part for me was not the rough seas or treacherous passage trying to dodge icebergs – it was the warm weather. Those NASA headlines about the warmest ever temperatures in the Arctic became very real to me as I put on suntan lotion instead of layers. I often sat on deck in a t-shirt surrounded by melting icebergs and it just didn’t feel right. I wanted to be able to get inside everyone’s computer screens and shout at them that human activity is the root cause of global warming.

In the past twenty years, scientific research has shown that climate change is occurring in all parts of the globe and the undeniable conclusion is that human activity is the root cause of this phenomenon. However, the biggest obstacle is that the areas worst affected by warming temperatures are far away from the places most people live. We need to get over this ‘out of sight, out of mind’ mentality and act now.

A recent University of Cambridge1 study found that the Greenland ice sheet, which covers 1.7 million square miles, is much less stable than was previously thought.

When we were sailing near shore I was photographed with my POW banner. I am releasing these images today while the 2015 United Nations Climate Change Conference is going on to highlight what is happening in the Arctic. 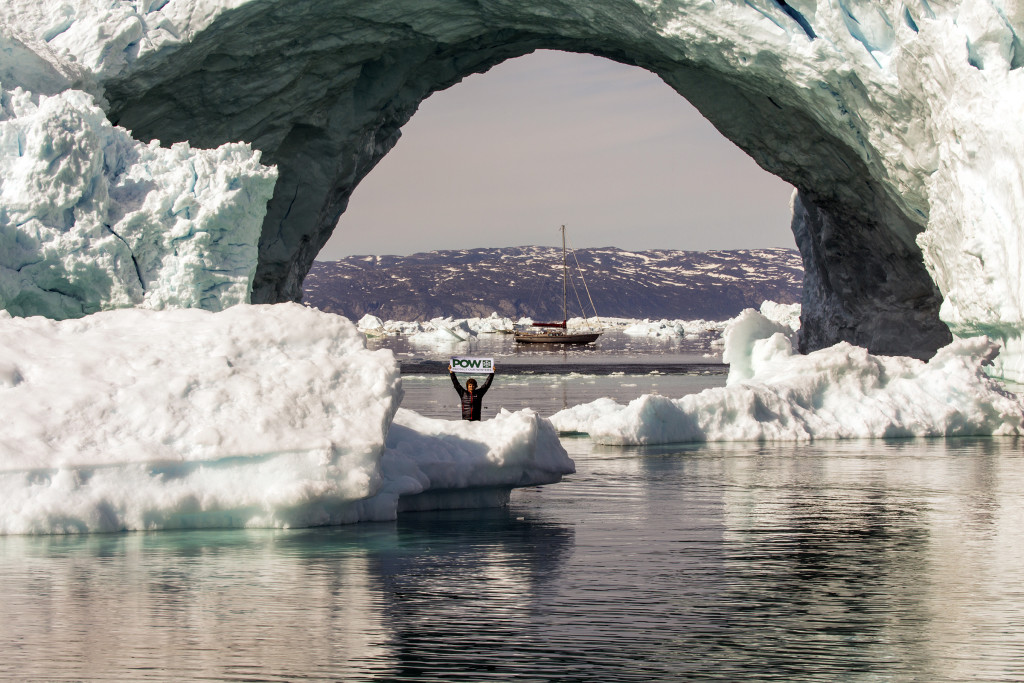 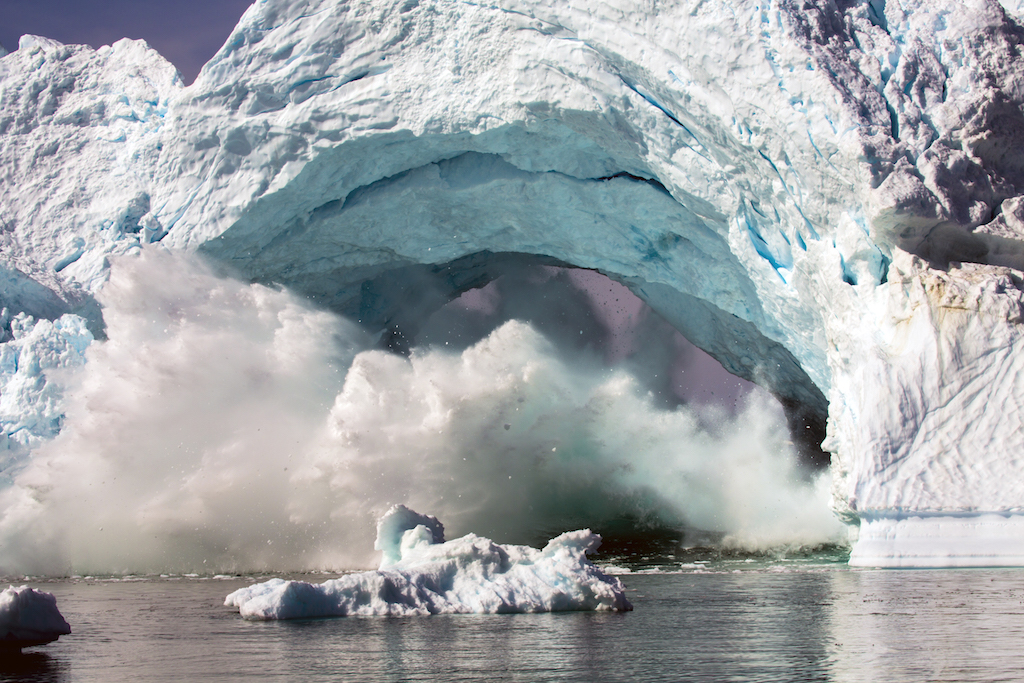 As you can see I was nearly obliterated as the 100-metre-high arch collapsed. The thing is we are all standing under that arch and although we might not realize it yet, we will all be crushed by the consequences of that falling ice if we don’t do something.

We need the Arctic ice as this is what reflects much of the sun’s heat back into space and keeps our whole planet cool, stabilizing the weather systems that we depend on to grow our food. The consequences of rising ocean temperatures are huge. We now have a sevenfold increase in magnitude 5 earthquakes. Heat waves and hurricanes will become commonplace and this is all caused by rapidly changing dynamics in the ice sheets’ internal structure.

We humans are going to be in a right mess if we don’t change rapidly. I don’t mean we all have to live off the grid, although that would be cool. However, we can all do more of the smaller things and these will add up to make a big difference. We can eat less meat, fly less, reuse drink bottles, switch off lights, cut down on shower time, cycle places, ride the bus or share car trips – stuff like that.

I found living on a boat made me much more aware of my global footprint. You never leave lights on and don’t run the engine when you don’t need to. We were always conserving fuel, water, food and power. If everyone could live on a boat for a few months they’d start to live a simpler life and would really appreciate washing clothes or eating fresh produce.

We have to stop destroying the planet. The Arctic is warming twice as fast as the rest of the world and in the last thirty years three quarters of the sea ice has vanished. In my lifetime, the North Pole will become open water and if we don’t do something the next generation will never see an iceberg.