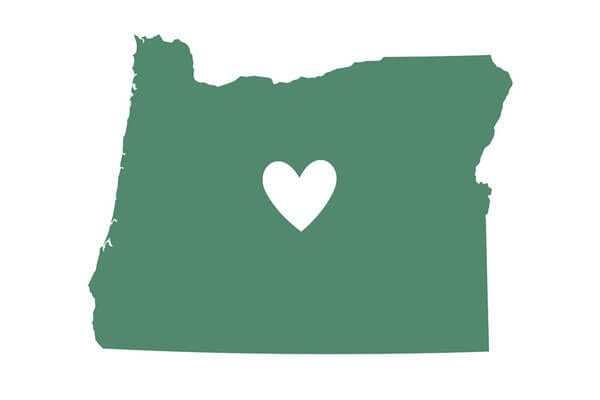 We’ve got some good stuff going on all over the country. Whether we’re working on clean energy, clean transportation, carbon pricing or protecting our public lands from fossil fuel development, you’ll find POW all around the nation getting involved with outdoor communities and climate action. Stay up to date with real-time updates from the POW team on all of our initiatives:

Oregon – The Clean Energy Jobs bill––which would have implemented a statewide cap and invest program––never received a Senate vote after passing the House. Republicans walked out of the capitol to avoid voting on the bill and only returned when promised the bill was dead. We’re dusting ourselves off knowing there’s still work ahead (like fighting the $650,000 given by polluters to these Republican Senators).

Nevada – You know what’s rad? Fifty percent renewable energy by 2030. And your state is leading the way by voting yes on Question 6 this fall. But here’s the hangup, we need to vote TWICE on this bill. That’s why POW is working in the Silver State to help make sure your legislators reaffirm Question 6 in Carson City this spring. ⁣Nevada gets 80 percent of its electricity from out-of-state fossil fuel sources, which seems pretty silly when you have some of the world’s best solar resources and nearly 300 days of sunshine a year.

In March, we met with Gov. Steve Sisolak to thank him for his leadership on climate and his commitment to increasing the state’s Renewable Portfolio Standard. We also attended the Growth and Infrastructure Committee hearing with Alliance members David Wise (who gave an epic testimony), Tim Eddy and Max Hammer to show support for Senate Bill 358 which aims to increase Nevada’s RPS to 50 percent renewable energy by 2030. The bill passed the state Senate!

Utah – With such a dedicated outdoor community, we’re excited to work with your state toward more clean energy, developing climate champions and educating your delegation to take bigger steps on climate.⁣ Here’s the thing, 72 percent of Utah residents participate in outdoor sports each year. And more than twice as many jobs in Utah rely on outdoor recreation than mining and energy COMBINED.

On August 29, POW is hosting a discussion with freshman Congressman Ben McAdams (D, UT-04) in Salt Lake City about the impacts of climate change on outdoor recreation. Follow us on social to see where the discussion goes. Plus, we’ve got a Utah volunteer training coming up and some climate actions to get involved with. We’ll be reaching out soon with more details!

Colorado – Not only is Colorado our home state, it also supports an incredible community of outdoor enthusiasts. Between stricter methane emission rules, zero-emission vehicle programs and continuing to work with the Polis administration toward 100 percent clean energy, we’ve got some big plans for CO.

Thanks to the more than 2,000 Coloradans who wrote into their legislators, House Bill 1261––which creates a ladder of goals ultimately reducing carbon pollution in the state 90 percent by 2050 compared to 2005 levels–was signed into law by Gov. Jared Polis in June!

But our work isn’t finished in our home state! The Air Quality Control Commission (AQCC) voted unanimously to consider adoption of a Zero Emissions Vehicle program, mandating that seven percent of the state’s vehicles sold must be zero-emission or electric by 2025. Let’s make it a reality. Coloradans, send in your comments to the AQCC!

Vermont – This state is home to some of the most beautiful outdoor recreation and some super interesting upcoming legislation. We’ll be working with the Green Mountain State on electric vehicles, carbon pricing and educating lawmakers on the impacts of climate in their state.

In April, we headed to Montpelier with Alliance member Alex Deibold to talk with lawmakers about getting Vermont back on track with its environmental legacy. Considering outdoor recreation adds $5.5 billion to the state’s economy, it’s time for the Green Mountain State to live up to its legacy.

New Hampshire – We’re coming to you this year to get to know your community and learn about all of the great outdoor opportunities your state has to offer. Nearly 70 percent of New Hampshire residents participate in outdoor recreation every year. With an $8.7 billion outdoor rec economy, it’s time to talk climate change and take climate action.

In March, Alliance member Forrest Shearer headed out to New Hampshire with the partnership of Granite Backcountry Alliance for the annual Wild Corn event at Tuckerman Brewing. Forrest talked with hundreds of outdoor enthusiasts from the North Country and even tried his hand at riding Tuckerman Ravine. New Hampshire has an incredible outdoor community and we can wait to get more involved with your awesome state!

Maine – You guys crushed your climate goals (after more than a decade of inaction), passing a Renewable Portfolio Standard bill, which doubles the amount of renewable electricity to 80 percent by 2030, putting the state on a path to 100 percent clean energy by 2050. Plus, another bill was passed that will establish a state ‘climate council’ where all Mainers will be represented in creating climate action plans. Pretty spot on that your state motto is Dirigo––Latin for ‘I lead.’