Will High-Pressure Ridge in Pacific Cause Rockies to Stay Dry ’til January?

This article is reprinted here with permission from Allen Best, publisher of Mountain Town News, a e-magazine that provides in-depth analysis of the economic, environmental and social trends in the resort-based mountain valleys of the west.

GLENWOOD SPRINGS, Colo. – Might it be a dry Christmas in Colorado, Utah and perhaps other locations, the result of yet again a high-pressure ridge that has formed off the West Coast?

That’s one possibility suggested by Eric Kuhn after examining two stories out of California posted on Tuesday. Kuhn is in the final months as general manager of the Colorado River Water Conservation District, but he continues to monitor the news that affect water users on the upper Colorado River.

One posting forecasts a “remarkably persistent weather pattern will begin to develop across North America and adjacent oceanic regions.” The writer, Daniel Swain, writing on Weathewest.com, pointed out that “patterns like this have a tendency to become self-reinforcing, lasting for much longer than more typical transient weather patterns and leading to prolonged stretches of unusual weather.”The two, overlapping postings concern formation of a high-pressure ridge off the West Coast that causes moisture-laden storms to go northward. Whistler has been getting hammered with snow. Mammoth? No, not all that much.

The result: “an extended, multi-week warm and dry spell” in California while “much of the East Coast shivers through repeated blasts of cold, Arctic air.” Swain expects this pattern to last “at least two weeks” but suggests possibly longer.

The posting, based largely on a peer-reviewed paper published earlier this year in the Journal of Geophysical Research, runs 2,400 words. It is well worth reading. Swain, the writer, coined the phrase “ridiculously resilient ridge” in 2014, during the drought in California.

Kuhn points out that when this stubborn high-pressure ridge forms off the West Coast, it has always produced problems for California and sometimes for the Rocky Mountains, too. He would have you imagine a clock, the storms moving across the top of the clock and down to the right, just as some of these storms have slid down into the Great Plains and others down the spine of the Rocky Mountains.

Will the weather be like clock-work this year? Forecasts of more than a week or two, if improving, remain subject to a great deal of variability, he points out.

That same posting by Swain in Weatherwest.com discusses the link between disappearing Arctic sea ice and the formation of the high-pressure ridge off the West Coast.

“The Arctic is warming more than twice as fast as the rest of the world, and sea ice has been disappearing at a greater rate than had projected by climate models—a rapid rate of change…” Swain writes. He goes on to say that there is no clear link between the vanishing sea ice and the persistent high-pressure ridge but that does not discount the possibility. 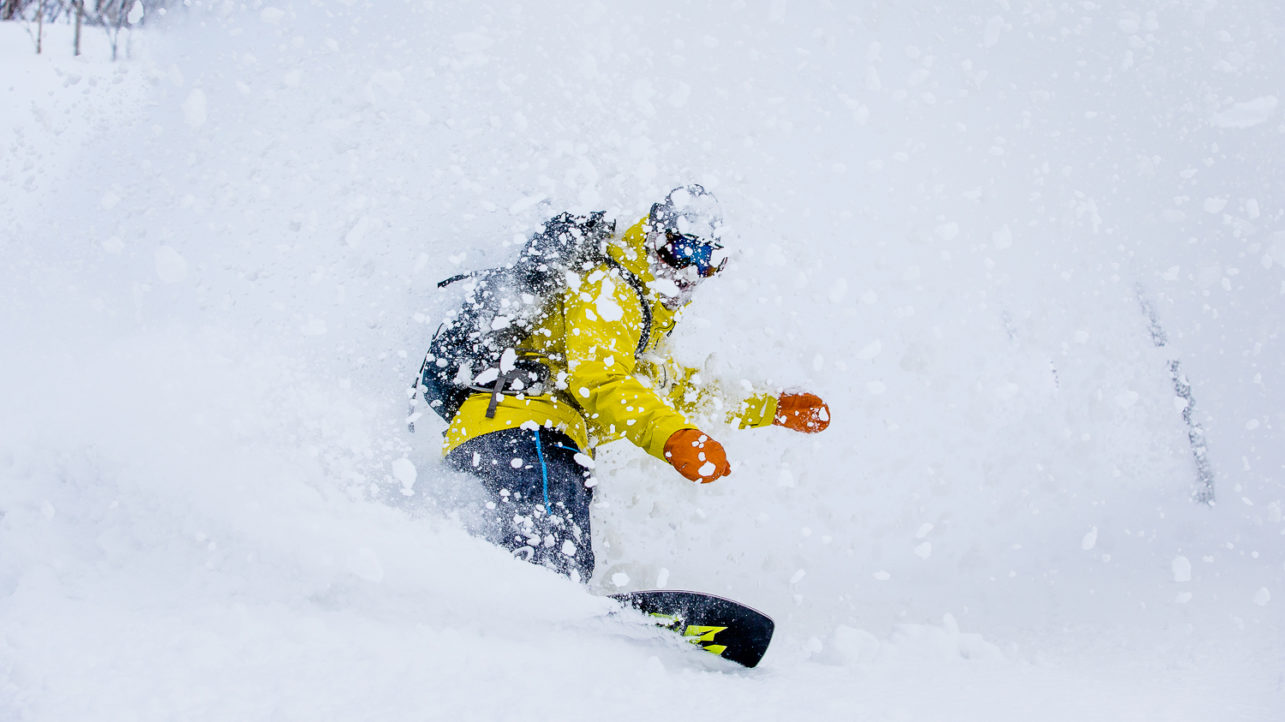 It still feels a long way from this in California and the Rockies. Photo: Andrew Miller.

However, on the same day, a study conducted by scientists from the Lawrence Livermore Laboratory in California claims to have found evidence of this link.

The Los Angeles Times summarized the study in this way: “Using complex new modeling, the scientists have found that rapidly melting Arctic sea ice now threatens to diminish precipitation over California by as much as 15% within 20 to 30 years.”

The story goes on to say that the study, published in the journal Nature Communications “provides compelling evidence of the link between the disappearance of sea ice in the Arctic and the buildup of high ridges of atmosphere pressure over the Pacific Ocean. Those ridges push winter storms away from the state, causing drought.”

Kuhn, from his purview in Colorado, extends the story inland. “To me, it’s a potentially troublesome for both California and Colorado and the states between.”

The result of that high-pressure ridge was devastating to California in 2012 and 2013 and, to a lesser extent, in 2014 and 2015. Colorado fared better, as storms tracked down the spine of the Rockies. But that weather system left Utah more exposed. “We had one winter where Colorado was in decent shape, but Utah was in bad shape.”

This new research will undoubtedly be discussed next week in the hallways of Caesar’s Palace, site of the annual Colorado River Water Users Association. The story during the 21st century in the Colorado River Basin has been of the effects of rising temperatures but also the effects of that high-pressure ridge along the West Coast and its impact on states from Wyoming to Arizona.

Mountain towns in Colorado and other interior states are less directly affected than those of the Sierra Nevada. Even in drought years, headwater valleys usually get water. But Powell, Mead and other reservoirs of the Colorado River Basin have been slowly ebbing.

About 70 percent of all the water in the Colorado River at Lee’s Ferry, at the head of the Grand Canyon, below Lake Powell, comes from Colorado, mostly as a result of snow. Very little water is added to the river below Lee’s Ferry. In this way, ski towns are directly connected to the vegetable fields of California’s Imperial Valley and Yuma, Ariz., source of the winter veggies their restaurants will be serving Christmas week.

For more in-depth reporting from the mountain towns of the American West, subscribe to Mountain Town News.