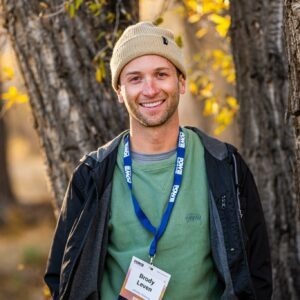 Brody Leven has never eaten meat. He is a professional skier who ironically prefers climbing up mountains to skiing down them. He advocates for planet and people through his steep skiing and self-supported endurance outings.

Brody has run 100 miles without stopping, climbed and skied 70,000 vertical feet in three sleepless days, kayaked the Grand Canyon, established bikepacking routes, and made first ski descents on six continents. Since earning Economics and Honors degrees from Westminster College, where he was two-term student body president focused on environmental initiatives, he has been featured on the cover of Powder Magazine three times, in award-winning adventure films, and as an Outdoor Industry 30 Under 30. As a writer, on-screen personality, director, and producer, his year-round mountain stories inspire others toward impactful challenges.