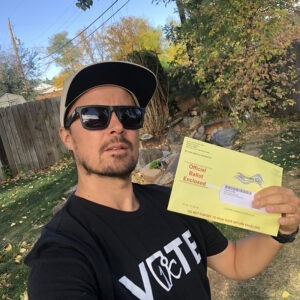 Julian Carr is known for hitting the biggest cliffs in skiing, with a world record of 210 feet. He has been featured in seven Warren Miller films, received Powder Magazine’s Photo of the Year, won the Sickbird Award on the Freeskiing World Tour, and holds two world records in cliff height. Julian is also the founder of Discrete Clothing and a mountain running series called the Cirque Series.