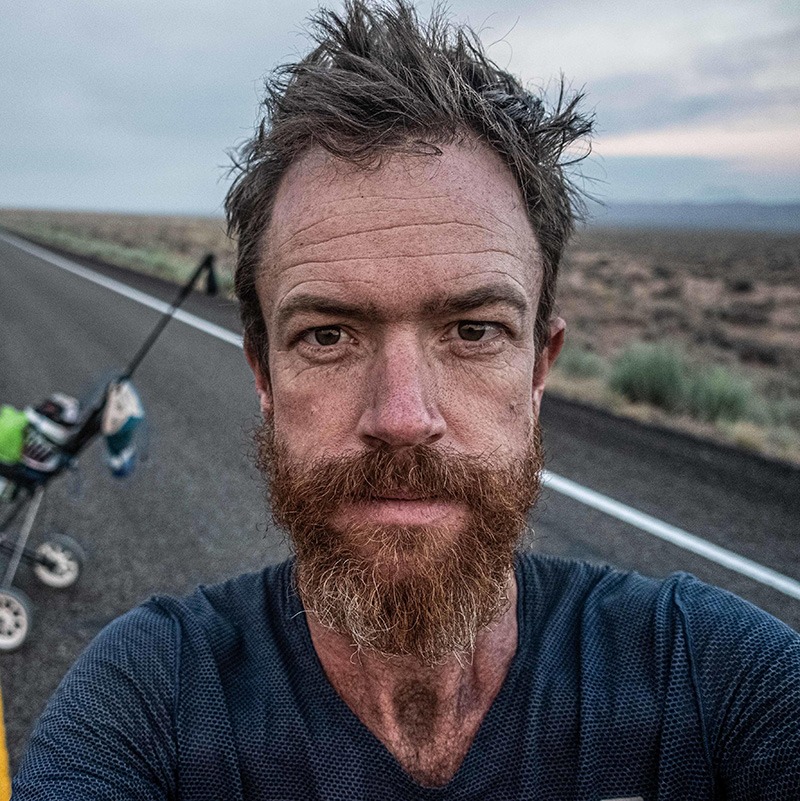 As a self-described “conceptual runner” Rickey Gates has found an intersection between ultra-running and art with his project-based runs. Following a decade of international competition, Gates took on a couple of projects that would allow him to get to know his country step by step, face to face. First, he ran across America (he wrote and photographed a book about the 3,700-mile journey titled Cross Country, published by Chronicle Books this past April) and then he ran every single street of San Francisco—a 1,300-mile journey spanning just six weeks. Through photographs and words, Gates translates his projects into stories that attempt to broaden our understanding of what it means to be a runner, an American, and a human being. Gates has migrated down the spine of the Rockies from his hometown of Aspen, Colorado, to his new home in Santa Fe, New Mexico, where he lives with his wife, Liz, and their three-month-old fish, Blursday.