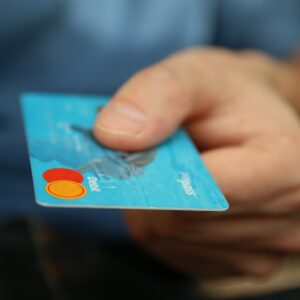 BANKING ON CLIMATE – WHAT YOU NEED TO KNOW

The Rainforest Action Network along with several other nonprofits released their annual Banking on Climate Change Report Card––which ranks banks in order of how much they lend to fossil fuel companies––and we have to say, this is NOT a report card any parent would be proud to hang on the fridge. In fact, it’s such an embarrassing report card, a lot of companies and investors have been quick to kick it under the fridge and never look at it again.

But we think it’s time to pin it up on the metaphorical fridge for all to see. Let’s take a look.

To start, 35 international banks have not only been sustaining their investments and support in fossil fuel companies but actively EXPANDING the fossil fuel industry with their investments. In the four years since crafting the Paris Climate Agreement, these 35 banks have invested more than $2.7 TRILLION (yeah, with a T) in the fossil fuel sector. And in just the last year (2018-2019), despite warnings from the IPCC that we have just about a decade to curb our emissions to avoid the worst impacts from climate change, bank financing, in general, has increased 40 percent to new coal, oil and gas extraction.

And who tops the list? Chase bank. By A LOT. In the last three years, JPMorgan Chase has lent more than $195 BILLION to oil and gas companies. Wells Fargo comes in next at $151 billion, followed by Citibank at $129 billion and Bank of America at $106 billion.

Maybe you’re shaking your head at this truly awful report card, but wondering, what does this have to do with me? I don’t run the banks. Well, you sort of do. At the very least, you’re a more important player than you might think. Here’s how it works.

Unless you’re living entirely off the land, putting your money in gold bars buried out back under the old oak tree or hoarding money in your sock drawer, we’re going to guess that you store money in a bank. Nearly all of us do. Whether you’re squirreling away quick cash in a checking account, or stocking up with a hardcore savings account, that money doesn’t just hang out waiting for you to purchase the next top-of-the-line pair of skis for your quiver. It goes out into the world to finance whatever the bank chooses to finance.

In the same way your bank may offer you a loan for a car or home, banks also offer MUCH bigger loans for things like oil and gas projects––$18 million for an oil rig here, $10 billion for a pipeline project there.

A pipeline, one might say, of money flowing unencumbered to fossil fuel interests.

How to Make the Switch – Leaving your current bank

Why Fossil Fuel Investments are Risky

Banks, insurance companies, asset managers and institutional investors are funding dirty energy. Stopping this money pipeline is one of the fastest ways to reduce greenhouse gas emissions at the scale necessary to address climate change. Will you join us?