Traveling in the backcountry requires skiers and snowboarders to be completely in tune with their surroundings. Think about it. You’re shuffling along the skin track, prodding the snow to evaluate its structure, eyeing snow accumulation on the trees, checking the wind direction, scanning the high peaks for signs of recent avalanches. It’s necessary for safe travel, but it’s also part of what makes skiing and snowboarding in the backcountry so appealing. It’s a completely immersive experience. Experienced backcountry skiers and snowboarders with years of travel under their belts have likely witnessed changes, like snow depth, density, average temperatures or snow elevation levels. But have you ever wondered how climate change impacts avalanche conditions and our mountain snowpack? We certainly have, and decided to dig into the subject. It turns out, the answer is more nuanced than you may think.

Historically poor snowpack structure across the Mountain West in the winter of 2020-21—a winter that’s seen a record 37 avalanche fatalities—has caused many to question whether climate change influenced the unprecedented weak snowpack. In February, the Colorado Avalanche Information Center stated it hadn’t seen a snowpack this weak since 2012. The early season brought cold, dry weather which weakened the base of the snowpack, setting up for exceptional instabilities once new snow was finally layered on top. When strange weather patterns that affect snowpack stability occur—heavy loading events combined with prolonged droughts, for example—people are quick to point the finger at climate change in broad terms. But what does a warming climate really do to a snowpack during any given year? Will climate change play any role in the evolution of our understanding of avalanche behavior? Let’s dive in.

Reminder: This is in no way a formal avalanche education and is meant to serve as informal information surrounding avalanche types and snowpack structure.

The barebones definition of an avalanche is a mass of snow falling down an inclined mountain slope. There are several varieties of avalanches, but the dry slab avalanche accounts for the majority of North American avalanche deaths. It’s the kind you see in the movies; a widespread pane of shattered glass, a billowing white cloud, a locomotive of snow hitting speeds of 200 miles per hour. The recipe for a dry slab avalanche is as follows:

The evolution of a snowpack over the course of a winter, from the first snowfall until the last patch of snow has melted, is the biggest indicator of stability. There is a large variety of weather factors that affect the snowpack. Snow is deposited into layers by the weather, with different weather affecting the snow differently. Wind strips snow from windward sides of a mountain and deposits it on the sheltered, leeward sides in dense slabs. The warmth of the sun or rain events creates crusts. Clear night skies form frost layers on the surface of the snow—you know, those seemingly beautiful, feathered morning sparkles?—that erode into sugary deposits over time. Over the course of a winter, each subsequent snowfall buries these layers, creating a stack of varying strength. A slab occurs when strong snow lies on top of weak snow and is generally what contributes to poor snowpack structure. Think of a poorly built snowpack like a Jenga tower where a single wooden block is keeping the structure from collapsing. That single block is very sensitive to any stress that occurs above it—pulling a block or placing one on top—and the slightest mishap can cause it to topple over.

So what role does climate change play in altering the structure of that complex stack of snow? In simple terms, climate change equates to significant, long-term climate variability. This causes weather events that used to be rare to occur more frequently, or vice-versa, making weather patterns more difficult to pinpoint. Since avalanches are a direct result of the weather, we can expect variability in their behavior, too. Colorado remembers all too well the significant avalanche cycle of 2019, which saw a warm and wet atmospheric river event that overwhelmed the snowpack with up to 12 feet of new snow in places, producing historic slides that forever altered the landscape. These types of weather anomalies could play a role in shifts in avalanche behavior in the future.

“Climate change is convoluted and it doesn’t always manifest in the way that we expect,” says Dr. McKenzie Skiles, POW Science Alliance member and assistant professor at the University of Utah. “And really, climate change is climate variability. And so how that manifests in any given year, is really hard to know, or to forecast.”

Consistency is the key to a stable snowpack. It’s why drier climates found in places like Colorado produce notoriously unstable snowpacks, and maritime climates with more frequent, high-density storms in places like Washington tend to produce more cohesive ones. But with greater uncertainty regarding future weather patterns, it makes it hard to forecast avalanche problems in any given year.

“What’s going to happen during any particular avalanche season all depends on the weather for that season, and then essentially how the snowpack structure is going to stack up over time,” says Brian Lazar, deputy director of the Colorado Avalanche Information Center (CAIC). “And so it’s hard to say because as climate changes, the weather patterns are going to change, but that doesn’t necessarily mean it’s going to produce more avalanches in any given year. It really depends on how the snowpack structure stands up.”

“Climate change is convoluted and it doesn’t always manifest in the way that we expect.”

As climate change disrupts the consistency of the weather, the snowpack structure during any given year can vary drastically. The 2020-21 winter is a prime example of the kind of instabilities that can occur from prolonged periods of cold, dry weather. Most mountainous areas of the western United States experienced dry spells after early season snow had blanketed the ground, which produced weak layers. The longer those dry spells persisted, the more pronounced and reactive those weak layers became. And when significant snowfall did come, the new load was too much for the weak bottom layers to hold, resulting in a slew of deadly avalanches from December all the way into March.

Theorizing about whether climate change will make prolonged winter drought more prevalent isn’t black and white. According to the Environmental Protection Agency (EPA), climate change can result in certain areas experiencing more prevalent dry spells and others experiencing less frequent instances of drought. However, according to the Palmer Hydrological Drought Index, the Western United States has experienced drought in 17 of the last 20 years, indicating that drought is becoming more of a rule than an exception.

So what are the professionals confident about with regards to the changing climate? Taking a page out of Nelly’s songbook, “It’s gettin’ hot in herre.” Temperatures are rising. And looking at climate change’s impact on temperature and the ripple effect that has on mountain snowpacks is a bit more straightforward.

“We can say with some degree of higher confidence that temperatures are rising. That’s going to do some fairly intuitive things,” says Lazar. “If the temperatures get warmer, you have a larger ratio of your precipitation coming in the form of rain rather than snow. You have snow lines creeping up in elevation, you have wet avalanche cycles potentially happening earlier in the season, maybe even in mid-winter, in places that it characteristically wouldn’t.”

Wet avalanches occur when warm temperatures, sun or rain cause water to percolate the snowpack and decrease its strength. These avalanches move slower than their dry cousins but are still dangerous. Wet slides often become a factor in the spring, when temperatures rise and the sun moves higher across the sky. The threat of wet slab avalanches earlier in the winter, in areas where they don’t normally occur until spring, adds another variable to the equation for backcountry travelers, and will likely shift the way people must prepare for backcountry adventures.

“If you start to see things like rain and snow events or warmer temperatures in the middle of the winter, you’re just going to see different kinds of avalanches than what we’re used to,” says Lazar. “What you can say with more confidence in terms of climate changes, is that temperatures are likely to get warmer, but there’s much less confidence in how precipitation patterns are going to change in any given year. There are strong indications that variability from season to season is increasing. And so any particular avalanche year is going to be really dependent on the weather that characterizes that season.”

The Past Is No Longer Indicative Of The Future

A change to what we’re used to seems to be the biggest prediction for what the future of mountain snowpacks looks like as climate change continues to impact them. The increasing variability makes it difficult to rely on historical trends to forecast how mountain snowpacks are changing now and in the future. Scientists generally rely on historical data to make predictions about the future. Climate is a long-term average of weather data, generally taken over a period of about 30 years. If the climate is changing, then the weather characterized in that climate is changing as well. And since avalanches are directly related to the weather, in simple terms, avalanche behavior is changing, too. But, with climate variability comes nutty weather behavior, which makes it more difficult to rely on historical data to predict how climate will affect the snowpack during a given year.

“It’s really easy to see how the future is less and less like the past. If we’re looking to the past to give us a clue of what’s going to happen during this winter or next winter, it’s really hard to say we can expect this winter to be like the last 30 winters,” says Skiles. “What’s the last most similar winter over the last 30 years? And can we learn something from that? I don’t think we can. I don’t think we can really say confidently that any winter is going to be like any previous winter anymore.”

This forces avalanche professionals to focus on the snowpack structure they’re seeing in front of them and what variables exist to activate the weak layers in that structure, rather than historical narratives that are becoming less reliable as the climate changes.

“It’s normal for avalanche forecasters to look to past experiences and past observations to help you put into context what you’re seeing now,” says Lazar. “And as climate changes it’s likely we’re going to continue to see weather events that might be outside of historic norms, they may be outside of what we’ve seen in the past. And that just makes it a little bit more challenging to find historical analogs; you might see a year now that you really can’t find an analog for in the past.”

This requires each winter and corresponding snowpack to be looked at on a standalone basis. And while the general narrative is that climate change is going to make snowpacks weaker and dangerous avalanche conditions more prevalent, the reality is that the changing climate is going to make accurate predictions about snowpack set-up based on historical data increasingly difficult. Each winter becomes a blank slate and forecasters, scientists and backcountry travelers, alike, will need to adjust to winter becoming a bit weirder.

When we revisit the question, “How does climate change affect avalanche cycles and snowpack stability?” The answer is a big old, “TBD.” What is clear is that professionals are just scratching the surface of climate change’s impact on mountain snowpack stability and the challenges it presents for backcountry travelers will vary from year to year.

“Everyone wants a clear story like there’s going to be no more snow at Snowbird in 100 years, but that’s not necessarily the case,” says Skiles. “Maybe there’ll be no snow in one year and lots of snow in another year. And how that actually manifests for snow stability, and snow safety, is an unanswered question, but something that people are just really starting to look at now.” 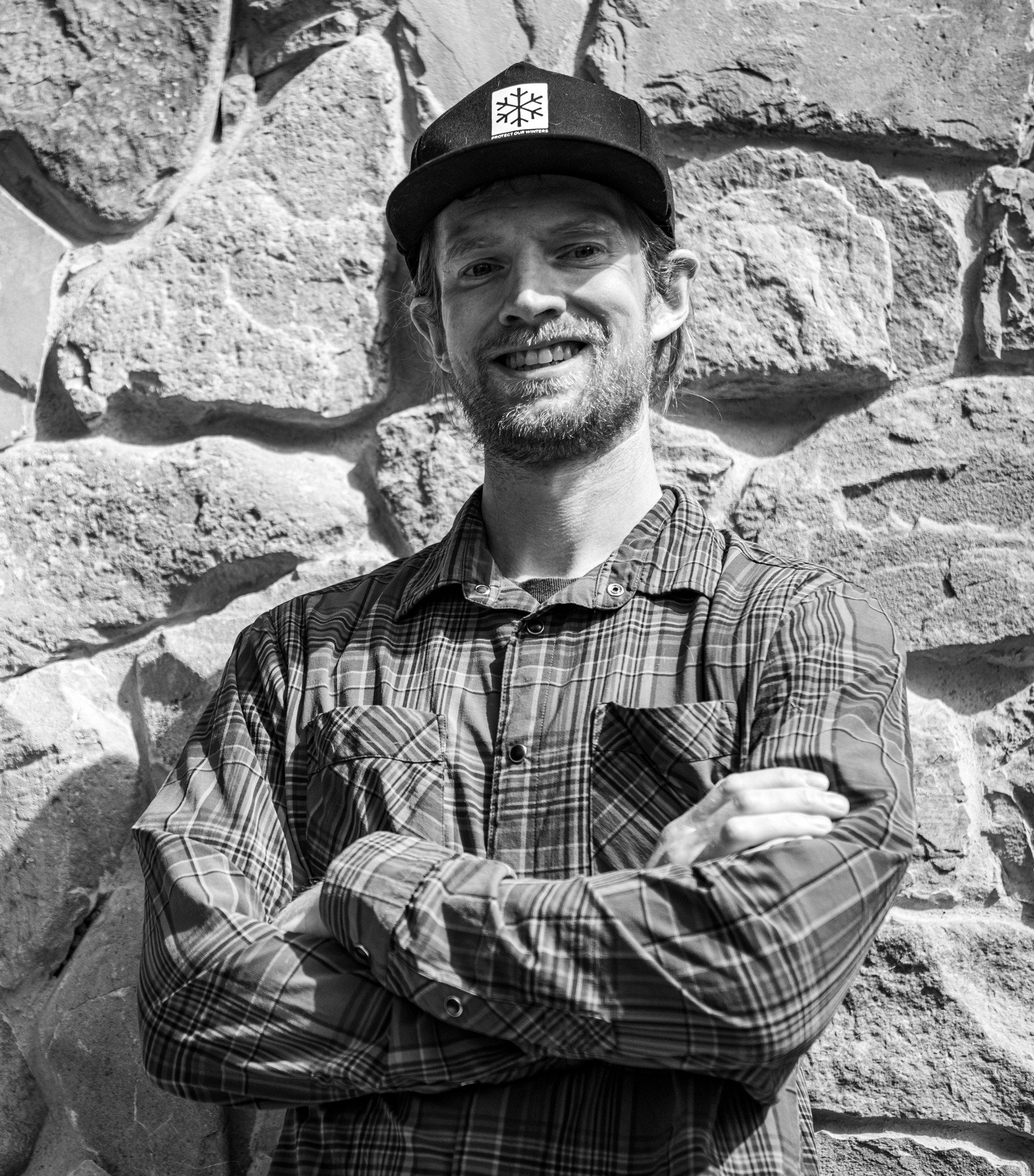