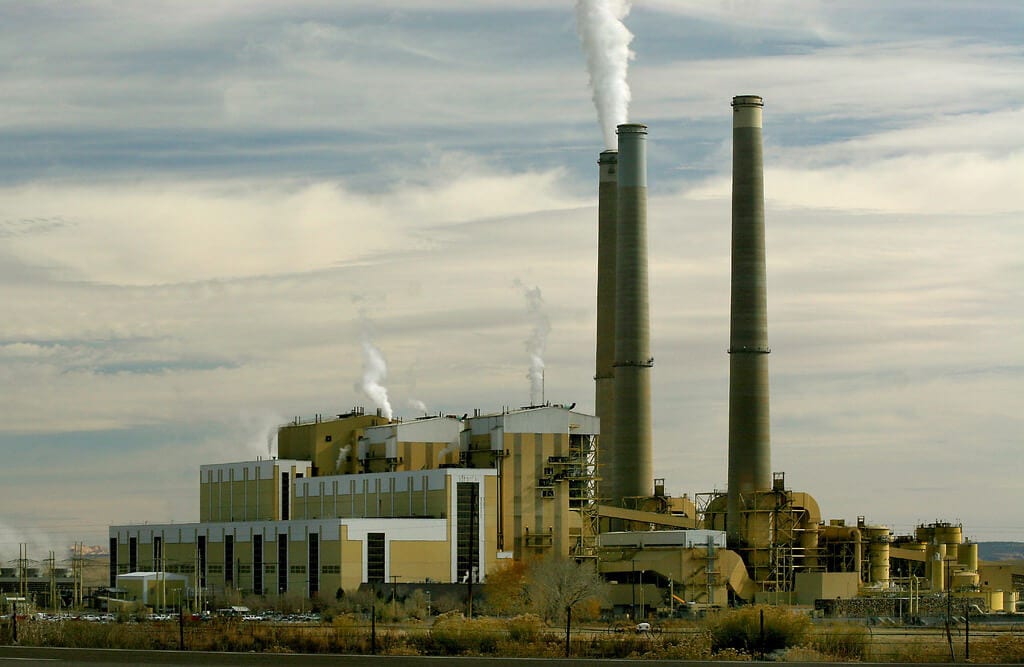 SALT LAKE CITY – Air quality in Utah could improve significantly in the coming years if the Environmental Protection Agency (EPA) finalizes a proposal included in a draft plan issued late Wednesday that would require the installation of industry-standard pollution controls on the state’s two oldest and dirtiest coal-burning power plants.

Under its draft plan, the EPA presented for public comment two separate options for dealing with air pollution that threatens Utah’s national parks. One proposal would require the installation of industry-standard pollution controls on Rocky Mountain Power’s Hunter and Huntington coal-fired power plants; the other proposal, previously adopted by the state of Utah, would allow air pollution to continue unabated from the two plants. The EPA will decide on one proposal as its final decision by June 1.

In October, a coalition of more than 100 outdoor businesses and athletes sent a letter to EPA Region 8 administrator Shaun McGrath, expressing support for a plan that would require the Hunter and Huntington coal-fired power plants to install modern, industry-standard pollution controls, as more than 250 other power plants across the country have done. A copy of the letter can be found here. Additionally, McGrath received more than 30,0000 signatures during the past year from individuals across the country urging the EPA to require pollution-control technologies that could reduce haze-causing nitrogen oxide pollution by up to 87 percent.

“As a native Utahn, professional skier, and small business owner, I feel this draft decision is a great first step of further crucial steps needed to clean up Utah’s air in our wild spaces,” says Julian Carr, a Protect Our Winters Riders Alliance member.

Thanks to its outdoor-recreation opportunities, Utah has become a global tourism destination celebrated for its world-class ski areas, iconic national parks, and stunning visual scenery. Utah’s outdoor resources are an economic engine for the state’s economy and the local recreation businesses that rely on their protection. In 2014, more than 10 million visitors from around the world visited Utah’s national parks and added $730 million dollars to Utah’s economy. The tourism industry supports about 122,000 jobs in Utah. Protecting Utah’s air is protecting its economic and cultural future.

“We applaud the EPA for taking this critical first step in improving air quality in Utah’s National Parks and wild spaces” says Chris Steinkamp, Executive Director Protect Our Winters. “Clean air is the backbone of Utah’s $12 billion outdoor recreation industry, and we encourage the EPA to move forward with its plan to require the Hunter and Huntington coal-fired power plants to install long overdue pollution controls.”

Under the Clean Air Act’s “Regional Haze Rule,” federal and state agencies are required to work together to improve visibility at all “Class I” national parks and wilderness areas, including Utah’s national parks. Utah is among the last states in the country to meet critical safeguards designed to reduce harmful air pollution from power plants that pollute skies and shroud views at national parks. A year ago, the state of Utah unveiled its own regional haze plan, but it lacked any requirements for retrofitting the Hunter and Huntington plants with pollution controls that cut nitrogen oxide emissions.

Rocky Mountain Power’s Hunter and Huntington coal-fired plants are responsible for 40 percent of all nitrogen oxide emissions from Utah’s electric sector, according to a recently released report. Monitoring studies have also shown visibility at Arches and Canyonlands National Parks is diminished by human-caused haze 83 percent of the time relative to the annual average level of natural haze.

About Protect Our Winters