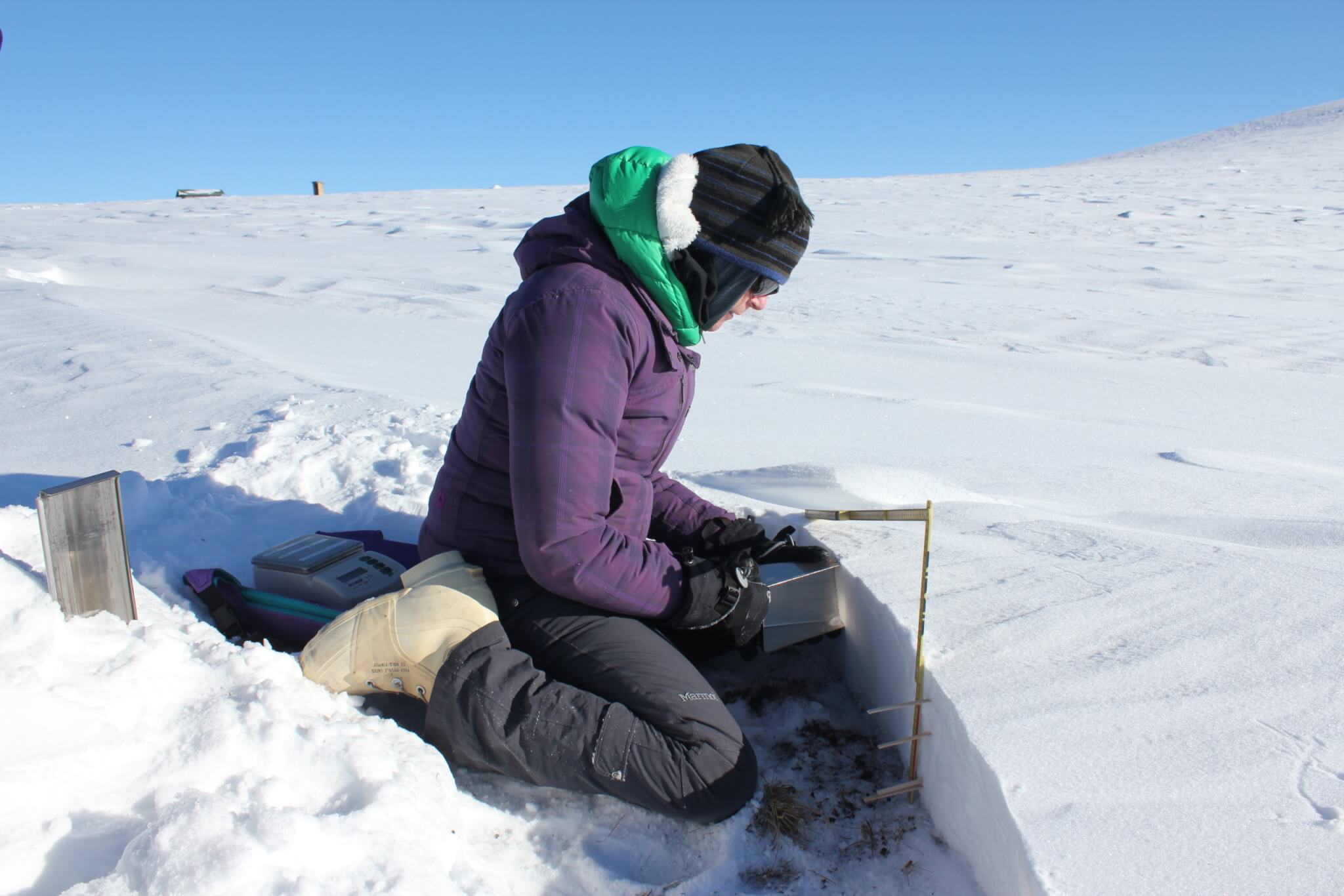 A feature on the POW Science Alliance by Dave Zook

At 58, a snow hydrologist with 30 years’ experience perhaps wouldn’t be blamed for wanting to let go of long days in remote sub-zero wilderness, but Anne Nolin, PhD, loves the opportunities the field provides. “Mountain ecosystems are inherently complex but, compared with the lowlands, we have little data from mountain regions so every field campaign results in valuable information,” said Nolin. “I’m drawn to the rugged beauty and challenge of the mountains.”

In March 2017, she and three others travelled to eastern Alaska’s remote Wrangell Range as part of a study to look at the state of the snowpack, which has been going through deeply troubling changes. The overarching question that guided the Wrangell study is how vegetation and snow conditions are changing in alpine ecosystems, and how do these changes impact iconic northern wildlife and critical ecosystem services?

Why is this study related to POW? Nolin is part of the Protect Our Winters Science Alliance, a group of esteemed scientists from around the world who study everything from snow hydrology to glaciology. These scientists see climate change impacts every day, and we want to assure that you get a first-hand account of what they are seeing. Additionally, the collaboration between scientists, riders, and the POW community help ensure a healthy flow of information and ideas. “POW leaders and riders are eager to be informed with the best available climate science and the scientists are keen to share information and knowledge with people who want to make a positive difference in finding climate change solutions,” said Nolin.

But back to Alaska. The main iconic wildlife species in the Alaska study is the Dall sheep. Recognizable by the males’ thick horns that form a curled “U,” the white and light brown sheep are an emblem to the area, and are a mainstay of revenue to the local economy via hunting.

But their populations are plummeting. They have seen a 21% decrease since 1990 for the state overall, and a 70% decrease in northern Alaska’s Brooks Range. The hypothesis is that increasingly wet storms are hitting the region later in the season, and this is contributing to the sheep’s decline. Among other factors, these wet storms can be followed by a melt-freeze cycle which leaves an impenetrable layer of snow and ice that the sheep can’t get to, leaving them to starve and become easy prey.

So the team of four were tasked with traveling to The Last Frontier to poke around in the snow and collect heaps of data to build an accurate model of the snowpack. Nolin — a professor at Oregon State University — was a co-investigator on the trip, with wildlife ecologist Laura Prugh from the University of Washington the lead investigator. Nolin’s experience has centered around snow science, even claiming she “didn’t know much about wildlife,” which made studying the snowpack in the context of wildlife a unique component of the trip.

The team flew to Fairbanks, drove to the small community of Nabesna, and then helicoptered to a hunters cabin in the Wrangell Range, where they spent seven days working. The crew was outside for most of the chilly daylight hours. “The first day was 30 below, but we had amazing weather all in all,” Nolin said. The team sported “Bunny Boots”— Navy-designed bulbous white boots that resemble Bugs Bunny feet with up to an inch of insulation between two rubber barriers — for the cold and carried plenty of food for the energy-sapping temps (greasy grilled cheese sandwiches the reported favorite). The field work ended at around 6 p.m., with the evenings spent transcribing data, as well as carrying out the vital tasks of making sure all gear was working, and clothes were being dried out. “We spent a lot of time trying to stay warm and dry,” conceded Nolin.

A variety of techniques made it possible for the scientists to conduct the study. The main tools used were satellite imagery, computer models, and field measurements to assess the imagery and model output. In the field, the team dug many snow pits to characterize the snowpack and measure snow depth across long transects of land. Additionally, they installed 22 time-lapse cameras to measure changing snow conditions for Dall sheep and to aid in constructing the computer model.

Nolin reports seeing many sheep and sheep tracks while conducting research, but nevertheless knows that the snow is affecting the greatly endangered sheep.

The study is one arm of the NASA-funded Arctic-Boreal Vulnerability Experiment (ABoVE), a 10 year-project in Alaska and Western Canada that “seeks a better understanding of the vulnerability and resilience of ecosystems and society to this changing environment,” according to NASA’s website. The project list for ABoVE, currently carries 76 different studies.

Scientists like Nolin remain enthusiastic to ply their trade on studies like these, but the underlying rationale for the project is deeply troubling. “The arctic is the most impacted region in the world in terms of climate change,” said Nolin, who began studying snow science and climate change in 1987.

Additionally, Alaska is perhaps the single most iconic destination in the ski and snowboard world, with mind-blowing film segments from AK locked into the collective snow sports archive. There remains a mystique around its impossibly steep slopes; so for the outdoor community, the changes being studied in Alaska should be worry enough for impacting those famous lines. And overall, studies like Nolin’s are critical to bettering our understanding of how climate change is affecting winters in real time.

And while the sheep are iconic in their own right, the changing climate weighs heavily on the area’s local people as well. The sheep are hunted by both the locals and tourists, the latter providing for significant tourism revenue. The decline of the sheep has already led to restrictions on hunting. For example, visiting hunters were formerly allowed to return every year to hunt again due to healthy populations, but now are only allowed once every four years. “People may forget that there are people that are living there every day, and that it’s about people as well in this region,” said Nolin.

The results of the study are currently being worked on by the team. Their study in Alaska aims to create a clear picture of what is happening to the snowpack in that region and to provide a glimpse into what the future may bring. Nolin and the team plan on presenting at a conference in December with their findings. The team hopes their research will continue to shine a needed light on one of the many areas of the planet impacted by climate change. “Stay tuned,” said Nolin. 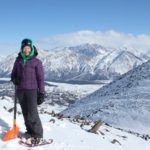 Just about to start digging a snow pit next to some Dall sheep tracks that are heading down a steep gully. The sheep use these steep areas as “escape terrain” so they can stay safe from predators such as wolves. 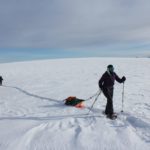 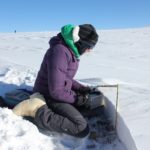 Snow pit analysis. The snow is typically shall since it doesn’t snow much and when it does, there is significant wind scour and sublimation. Here’ I’m measuring snow density and marking off the snow layers. The top layers are wind slab and the rest is mainly unconsolidated depth hoar. 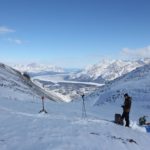 Nolin’s PhD student, Christopher Cosgrove, working on a snow pit near to one of the time lapse camera sites.