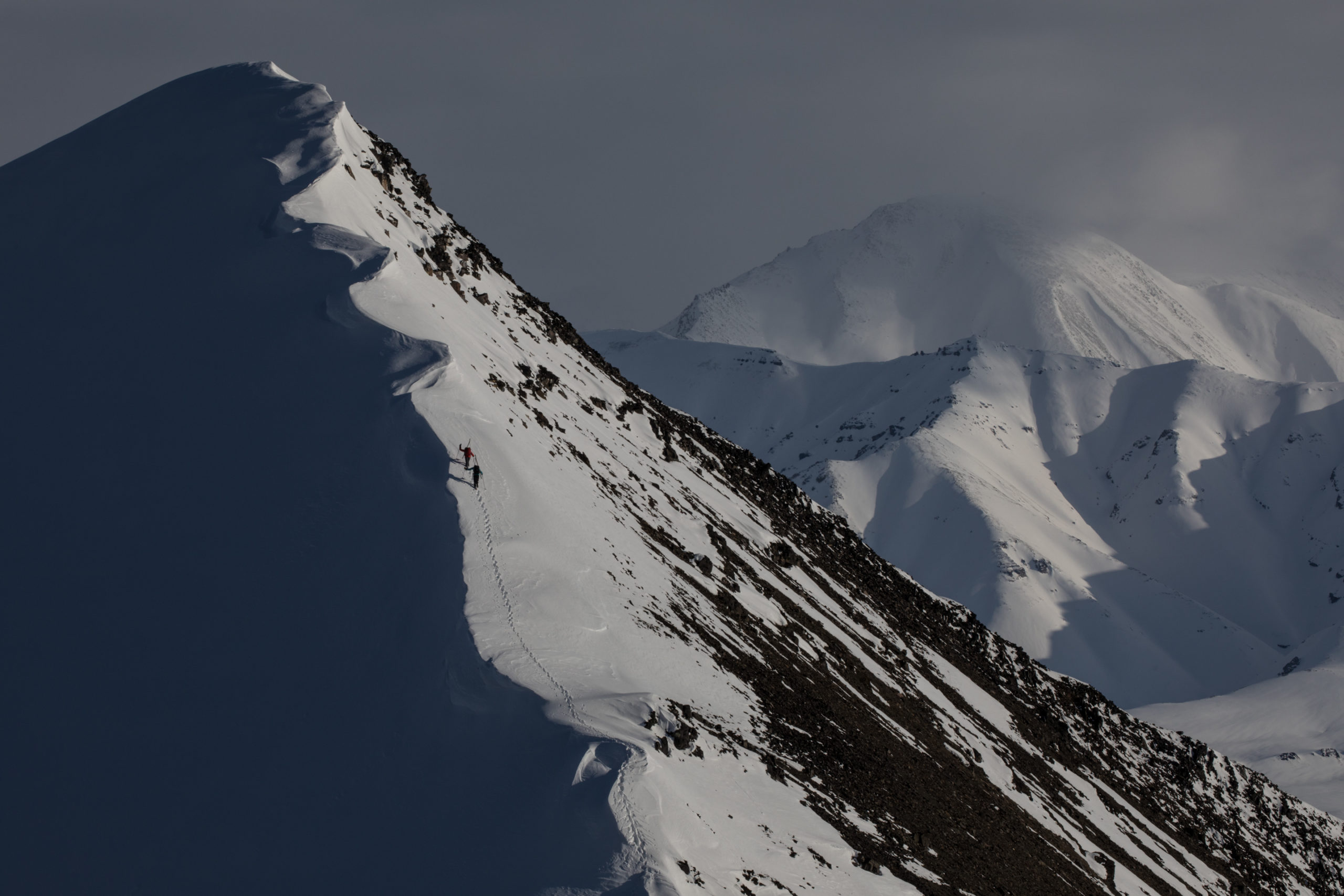 In huge news this week, lawmakers re-introduced the Arctic Refuge Protection Act, which would restore protections to the Arctic National Wildlife Refuge’s coastal plain and prevent oil and gas development within its borders. That deserves a round of high fives! Additional topics in this week’s Dispatch range from somber to hopeful, but all underscore the urgency with which climate action is needed and the momentum building toward addressing and preventing its impacts. Get caught up on all the headlines in this week’s POW Dispatch. 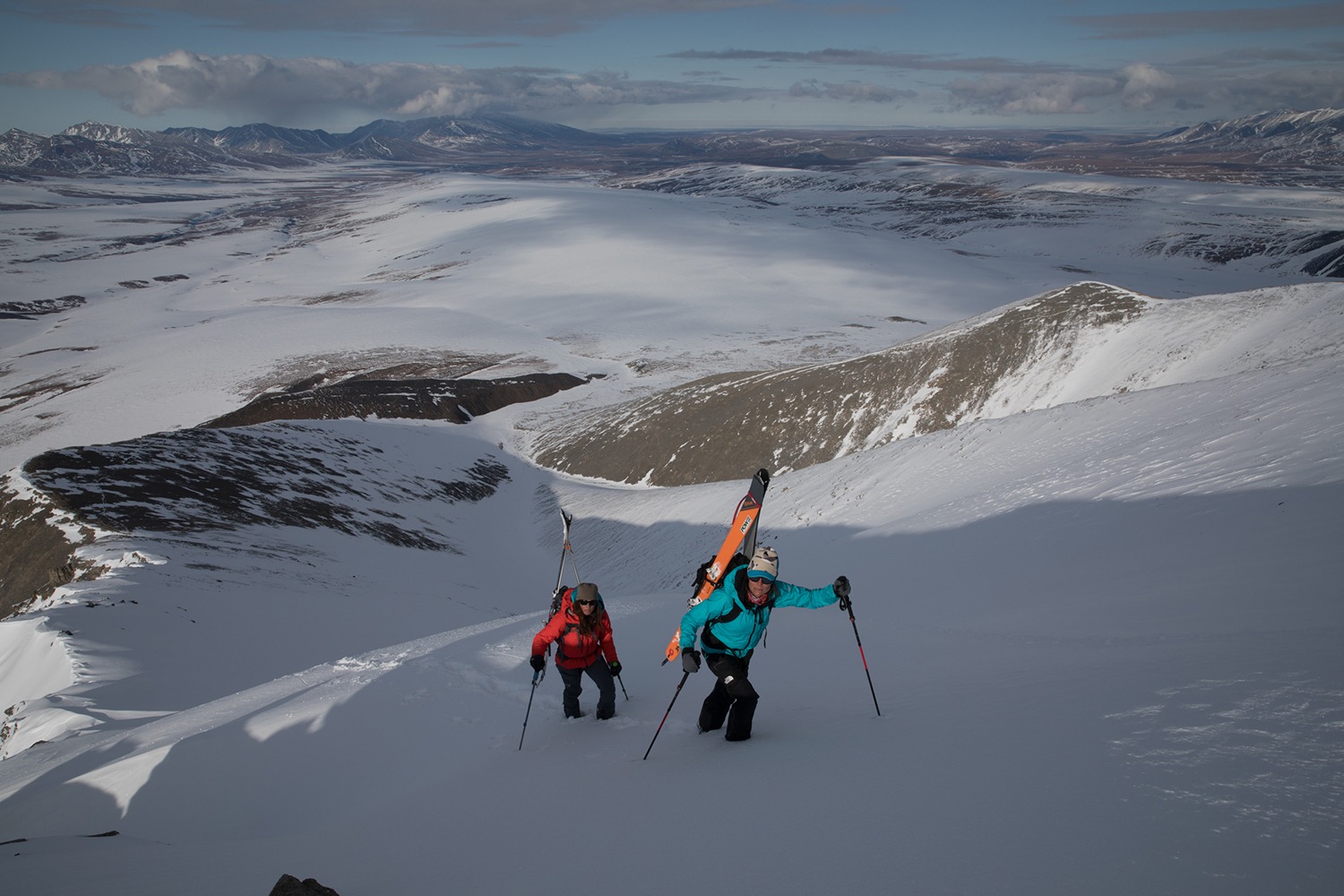 “The Arctic National Wildlife Refuge is an iconic and priceless American landscape that we must pass down to future generations… After four years of the Trump Administration playing politics with the Refuge, it’s time that we restore the bipartisan consensus to protect this sacred land. This bill will recognize and protect the Coastal Plain of the Arctic Refuge as the wilderness it is, safeguarding vital wildlife habitat.” – Senator Michael Bennet

On his first day in office, President Joe Biden issued a temporary moratorium on oil and gas activity in the Refuge and all major American banks have pledged not to finance oil and gas projects there. Now, the re-introduction of the Arctic Refuge Protection Act by Senators Michael Bennet (D-Colo.), Edward J. Markey (D-Mass.), Maria Cantwell (D-Wash.) and Tom Carper (D-Del.), and Representative Jared Huffman (D-Calif.) would restore protections to the Refuge’s coastal plain and prevent oil and gas development in one of the most awe-inspiring natural landscapes in the world. If the Arctic Refuge Protection Act passes through Congress, it’ll offer much greater permanent protection than President Biden’s executive action alone.

This intersection of political will and cultural adoption of the need to protect public lands from oil and gas activity—there’s about as much interest in drilling in the Refuge as skiing in the rain—is huge in ensuring a future where federal lands are void of dirty energy development. Currently, over 20 percent of the nation’s carbon emissions are tied to public lands, and the permanent protection of the 19-million-acre Refuge can be a catalyst for preventing these areas from contributing to climate change, leaving them to be enjoyed by the American people and helping to sustain the indigenous Gwichʼin people who rely on the area as a food source and for their cultural heritage. 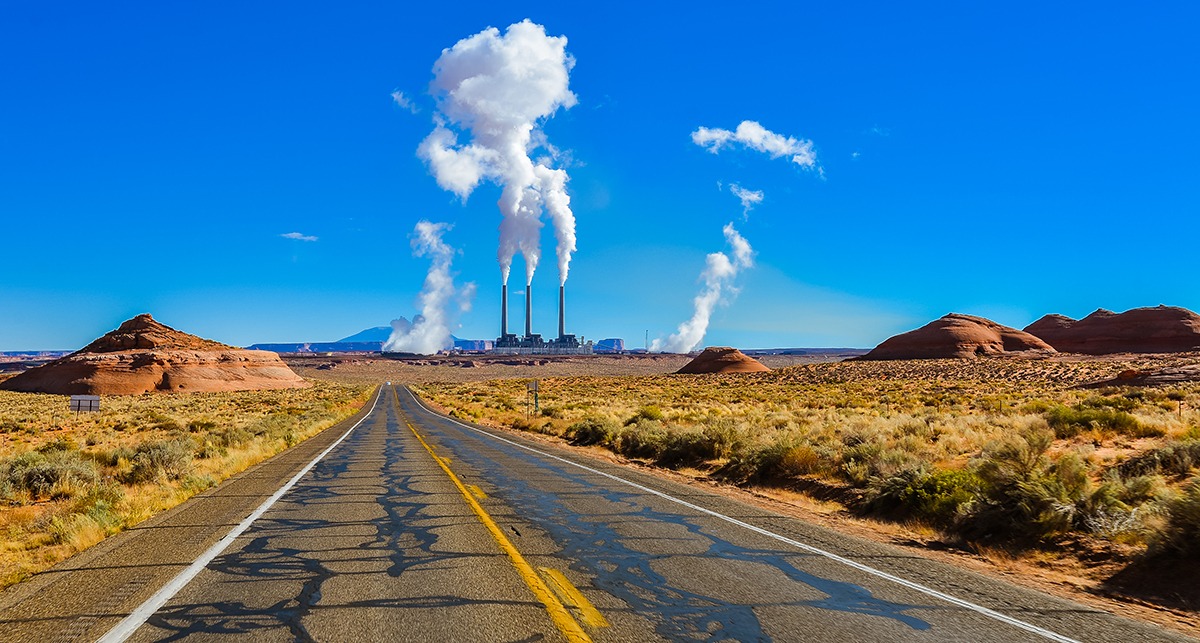 “We hope that by quantifying the health consequences of fossil fuel combustion, we can send a clear message to policymakers and stakeholders of the benefits of a transition to alternative energy sources.” – Joel Schwartz, an environmental epidemiologist at Harvard, co-author of the research report in the Environmental Journal

We frequently discuss the impacts of climate change in the context of losing the hallowed outdoor playgrounds we rely on for our physical and mental well being. And that’s hugely important; ensuring more bottomless powder days, healthy trail systems and forest access are some of the significant positives from taking climate action. But, obviously, the effects of a changing climate, and the pollution that causes it, have wide-ranging negative impacts with deadly consequences.

Not only is this research disheartening from a public health standpoint, but it highlights the urgency with which the United States (where the northeastern portion of the country is one of the hardest hit by this pollution) and the world needs to shift to cleaner energy sources. Renewable energy dependency will have a huge impact on reducing health ailments derived from greenhouse gas pollution and will make big strides in preserving our powder days, trail systems and mountain playgrounds as an added bonus. It’s a win-win.

Climate Change in the West 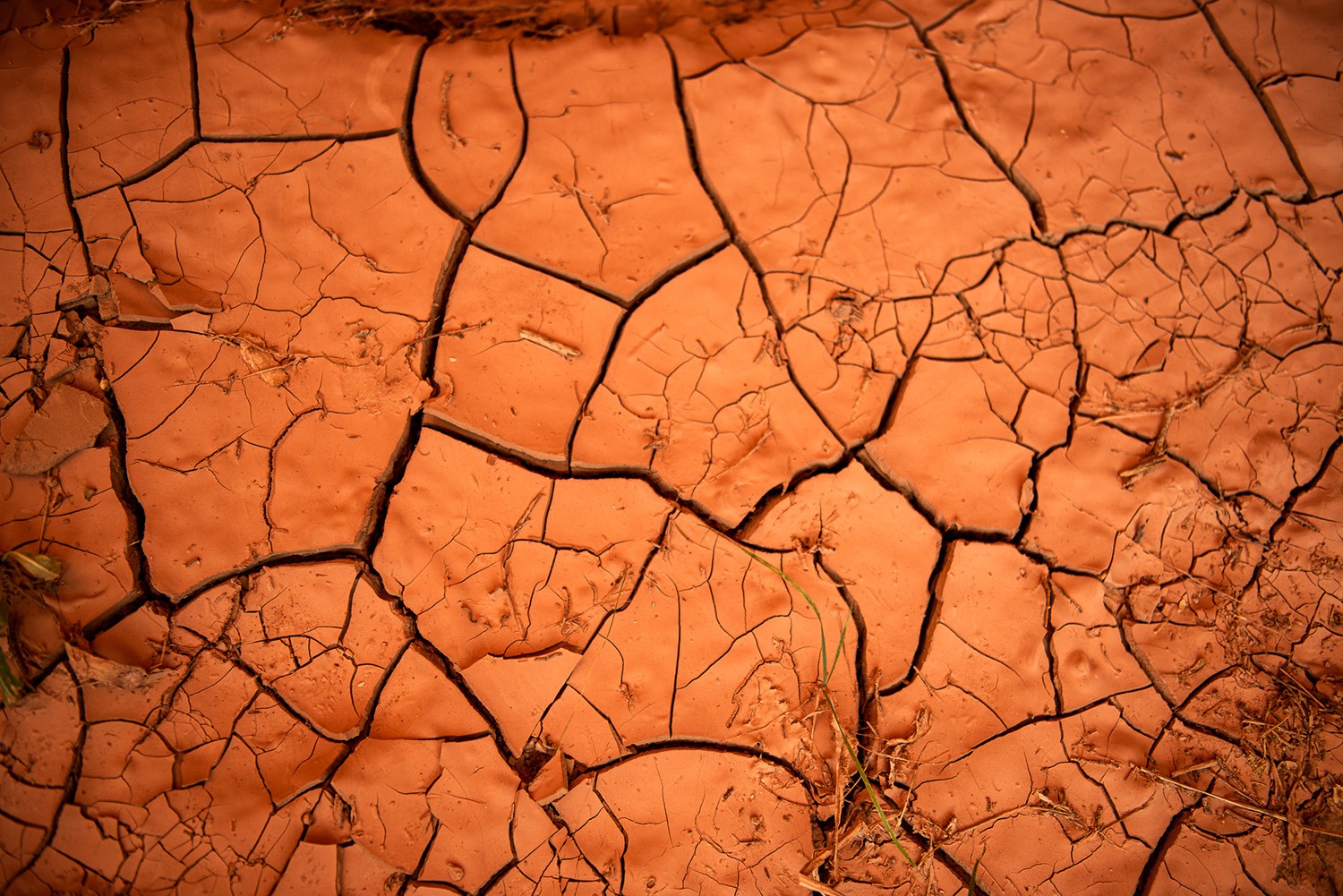 A cracked riverbed in Utah.

At Protect Our Winters, we believe that a combination of financial and technological advancements, political will and cultural shift is the key to achieving carbon neutrality by 2050. The 2021 State of the Rockies Report on Climate Change paints a clear picture of that cultural shift. Across the board, citizens of the western United States are factoring in the detrimental effects of climate change into their present and future lives. Overall, 74 percent of western voters believe climate change is a serious problem. That cultural buy-in is beginning to pay huge dividends in protecting our outdoor playgrounds—of which the western United States has many—from the changing climate.

What’s even more encouraging is that more than seven-in-ten voters support policies that make public lands a net-zero source of carbon emissions. With nearly a quarter of the country’s greenhouse gas emissions coming from federal lands, it’s so important to rid these wide swaths of land from dirty energy extraction. On top of that, two-thirds of western voters support the transition to 100 percent renewable energy. The cultural shift is in motion and it’s clear as a bluebird powder day that the population of the American West, where many members of the Outdoor State call home, are committed to a future without oil and gas development on public lands and where our energy infrastructure is dependent on renewables.

Renewables could be dominant power source in less than 10 years 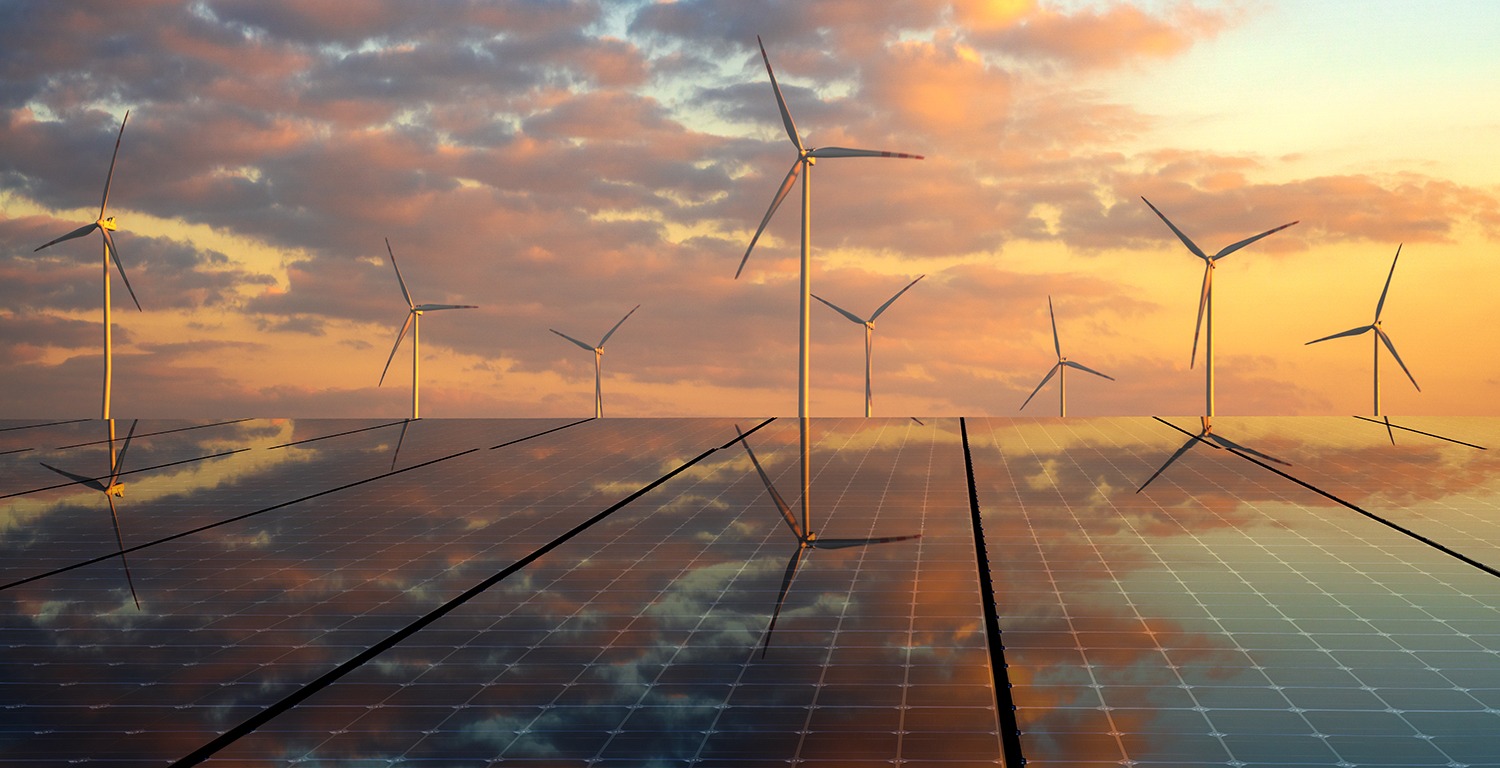 “Policies at the state and federal levels have encouraged significant investment in renewable resources for electricity generation. New technologies have driven down the cost to install wind and solar generation, further increasing their competitiveness in the electricity market even as policy effects moderate over time.” – The Energy Information Administration

Protect Our Winters envisions a future where the world embraces renewable energy, electric transport, groundbreaking technologies and economic policies to achieve carbon neutrality by 2050. Our ski areas will be powered by renewable energy, we’ll drive to trailheads in zero-emission vehicles and our government officials will fold climate change into all policy decisions.

The 2021 Energy Outlook report from the Energy Information Administration (EIA) revealed that renewables are expected to surpass natural gas as the leading source of America’s electricity generation by 2030. The EIA report also states that electricity demand will be increasing as we move through this century, with much of that demand coming from more and more electric vehicles hitting the road.

Oil companies are increasingly moving into the renewable space with a low-carbon future becoming clear. New policies have influenced increased investment in renewable energy and significant advances in technology have made it cheaper to install wind and solar power generators. That should sound familiar, right? POW’s Theory of Change states that a combination of financial and technological instruments, political will and a cultural shift is the main ingredients needed to achieve carbon neutrality by 2050.

The momentum of renewable energy is evidence of the Theory of Change in motion, but it will take continued commitment to advancing technologies, encouraging financial investment, moving forward on carbon-zero policies and an acceptance that combating climate change should be a top priority. While the EIA’s energy outlook points to positives and should elicit more than a few high fives, the United States is still at the trailhead and continued work and momentum is crucial in reaching the mountaintop. This zero-carbon future hinges on a combination of technology, policy and cultural adoption that must go hand in hand to achieve success. We’ll continue to push for all of the above. 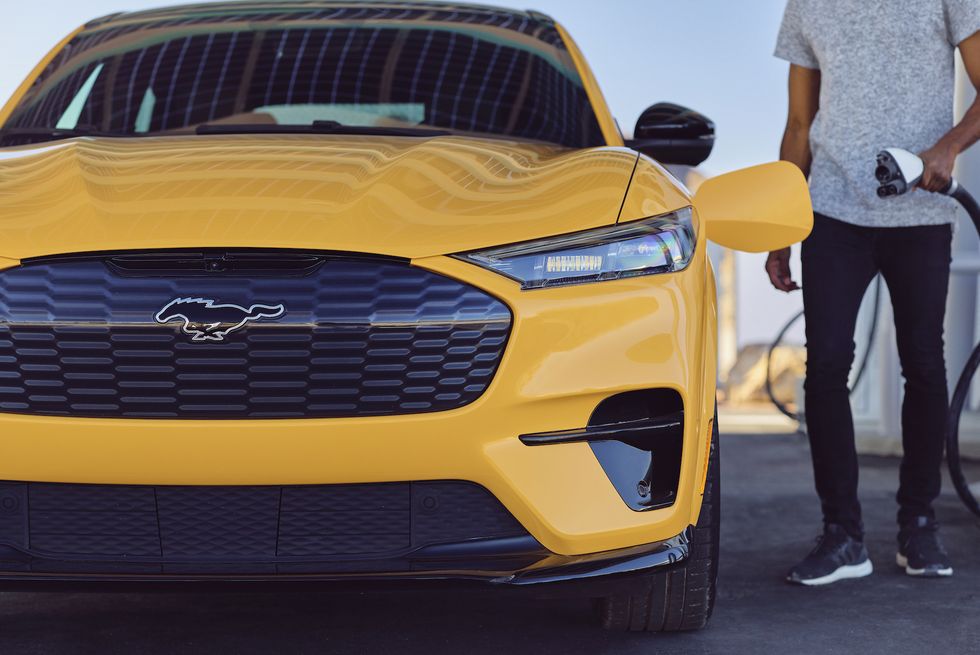 “Ford announced during its fourth-quarter earnings report that it will invest $22 billion in electric vehicles and $7 billion in autonomous vehicles through 2025. The electric-vehicle stake is an increase over the $10 billion already pledged to help Ford compete in the race to bring electric vehicles into the mainstream.”

A future where we hit the highways and backroads to our favorite ski resorts, camping spots and hiking trails via zero-emission vehicles is quickly approaching. After General Motors announced its vehicle fleet would be all-electric by 2035, Ford pledged to invest $22 billion in electric vehicles through 2025. While Ford’s announcement doesn’t have a timeline for full electrification, the investment and commitment that the majority of its vehicles will be electric is a big step forward in reducing carbon emissions from our nation’s highways. Additionally, Ford has invested $500 million in Rivian, a Michigan-based startup looking to build electric pickup trucks and SUVs.

With two giants of the automotive industry making these commitments to electric vehicles, more dominoes are sure to fall in the near future, and that vision of carbon-neutral travels to our favorite outdoor playgrounds is looking more and more like an inevitable reality. Electric vehicles are having a huge cultural moment; Will Ferrell, Keenan Thompson and Awkwafina starred in a comical commercial promoting GM’s new electric vehicle fleet during the Super Bowl, bringing the conversation about carbon-neutral vehicles into the living rooms of millions of people. The spotlight doesn’t get much brighter than that. For more on POW’s work with electrifying transit, click here.

Climate change ravaged Colorado and the West with heat and drought in 2020. This year may be worse.

The fight for an equitable energy economy for the Navajo Nation

Another Powder River Basin coal mine will close down