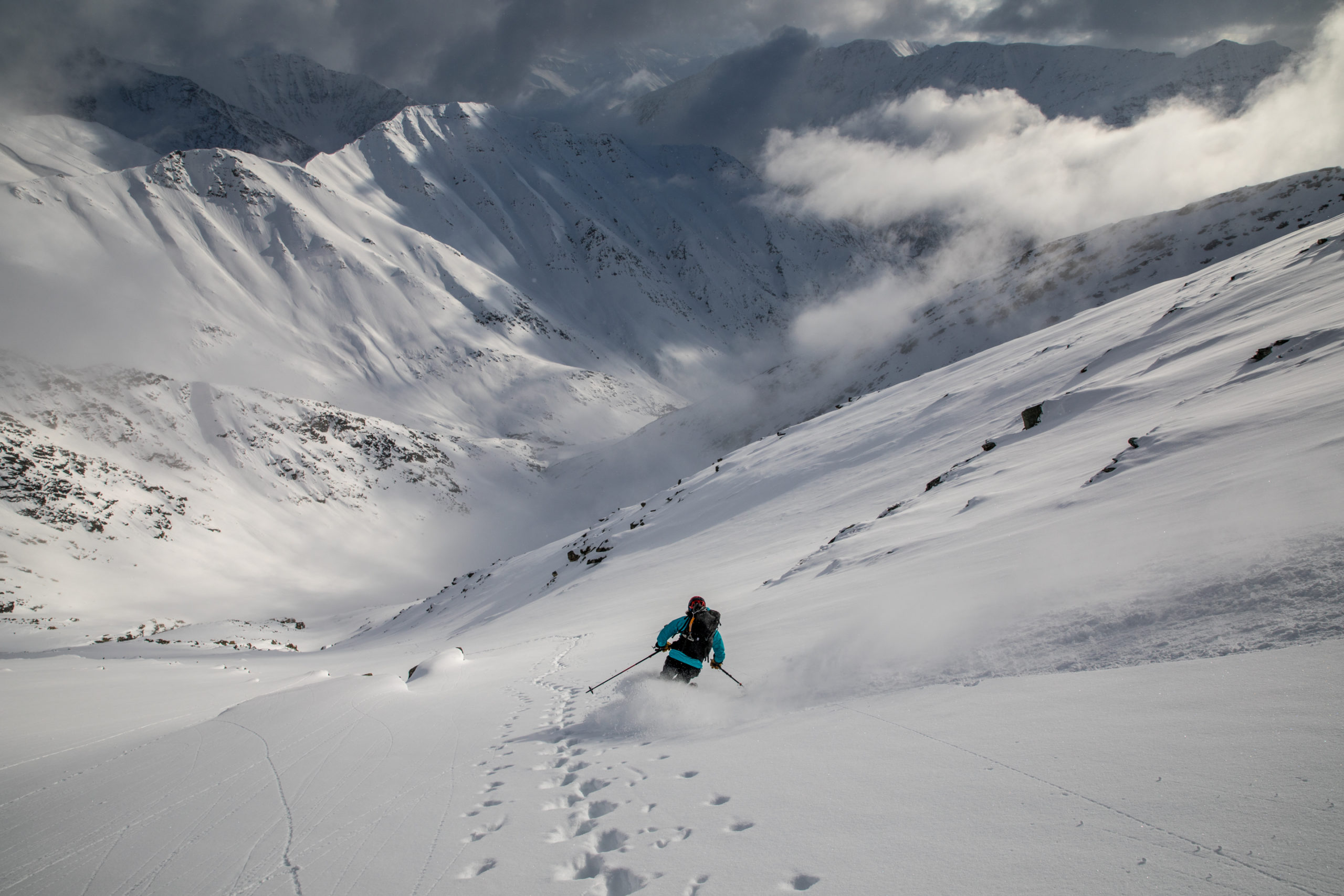 With a new year comes a ton of important news in the world of climate change. The appalling events that took place in Washington D.C. this week made it clear that our democracy is under attack, including the right of the American people to have their votes recognized. In November, the American people and Outdoor State made it clear through their votes that addressing the imminent danger of global climate change is top-of-mind, and any threat to that majority consensus undermines our democracy. It’s crucial that the incoming Biden administration listens to the will of the people and moves forward on the ambitious climate goals he outlined during his campaign for the presidency. Much of the news this week ties back to steps Biden has indicated he will take upon assuming office. 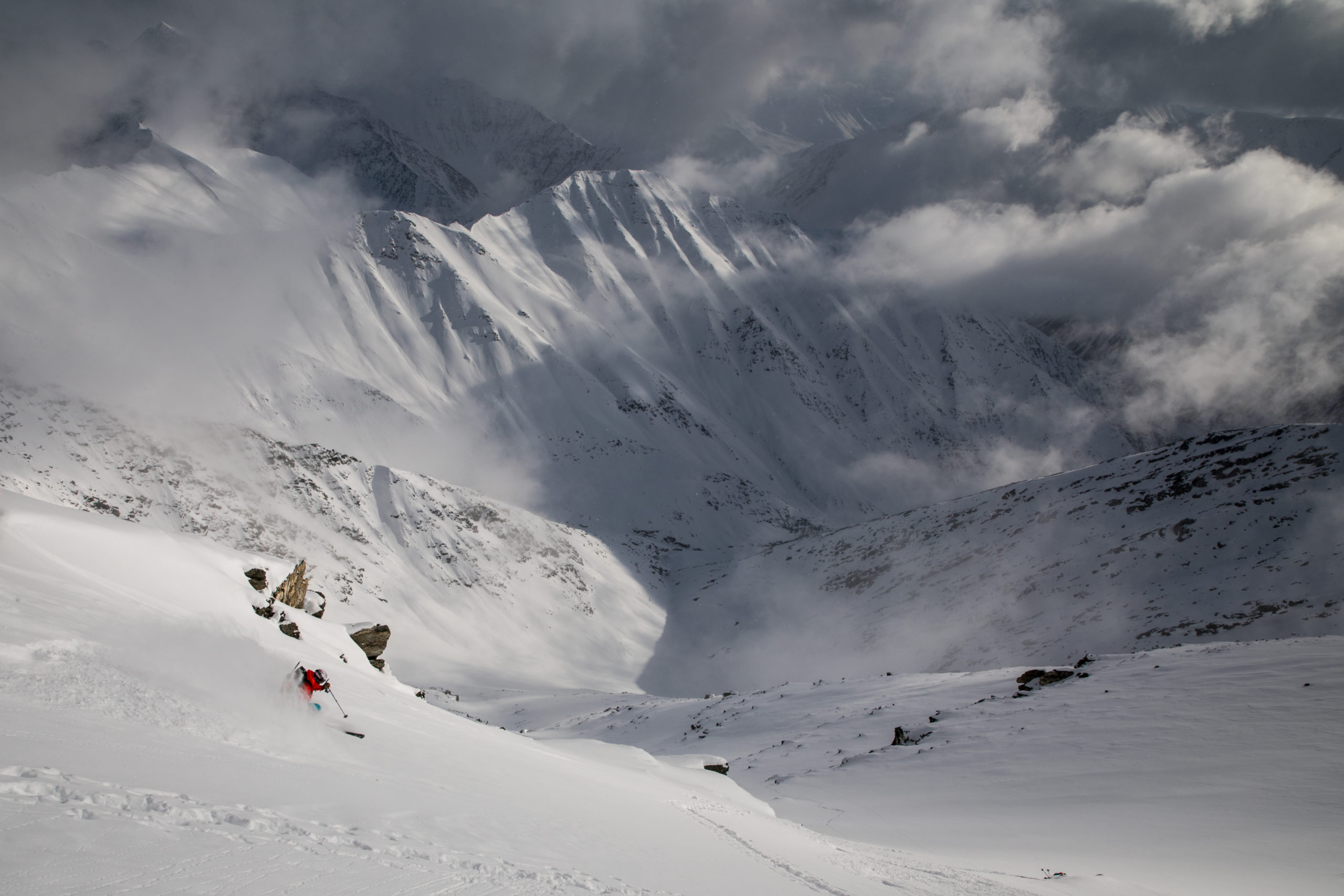 Kit DesLaurier skiing in the Arctic National Wildlife Refuge in 2018.

“It was, in the oil industry terms, a dry hole. A bust. They had the lease sale, the administration can feel good about it, but no one’s going to see any oil coming out of ANWR.” — Larry Persily, former Federal Coordinator of the Alaska Natural Gas Transportation Projects

The Trump administration’s oil lease sale of the Arctic National Wildlife Refuge turned out to be a dud, attracting a mere three bidders, including the state of Alaska. While it’s troubling that the state of Alaska offered up taxpayer dollars to drill in the Arctic and add to America’s problem of emissions on public lands (20 to 25% of the nation’s emissions can be tied to public lands), the overall lack of bids is an encouraging sign. Drilling advocates promised $1.8 billion in revenue from Arctic drilling, yet the lease sale yielded just over $14 million. That’s less than one percent of the promised payout. Even more, the state of Alaska has always been slated to receive half of the revenue from oil extraction in the Refuge. Now, instead of splitting that $1.8 billion with the federal government, they bid $12 million, and would only recover $7 million. Sounds like a monumental yard sale—goggles, gloves, ski poles strewn about—to us. 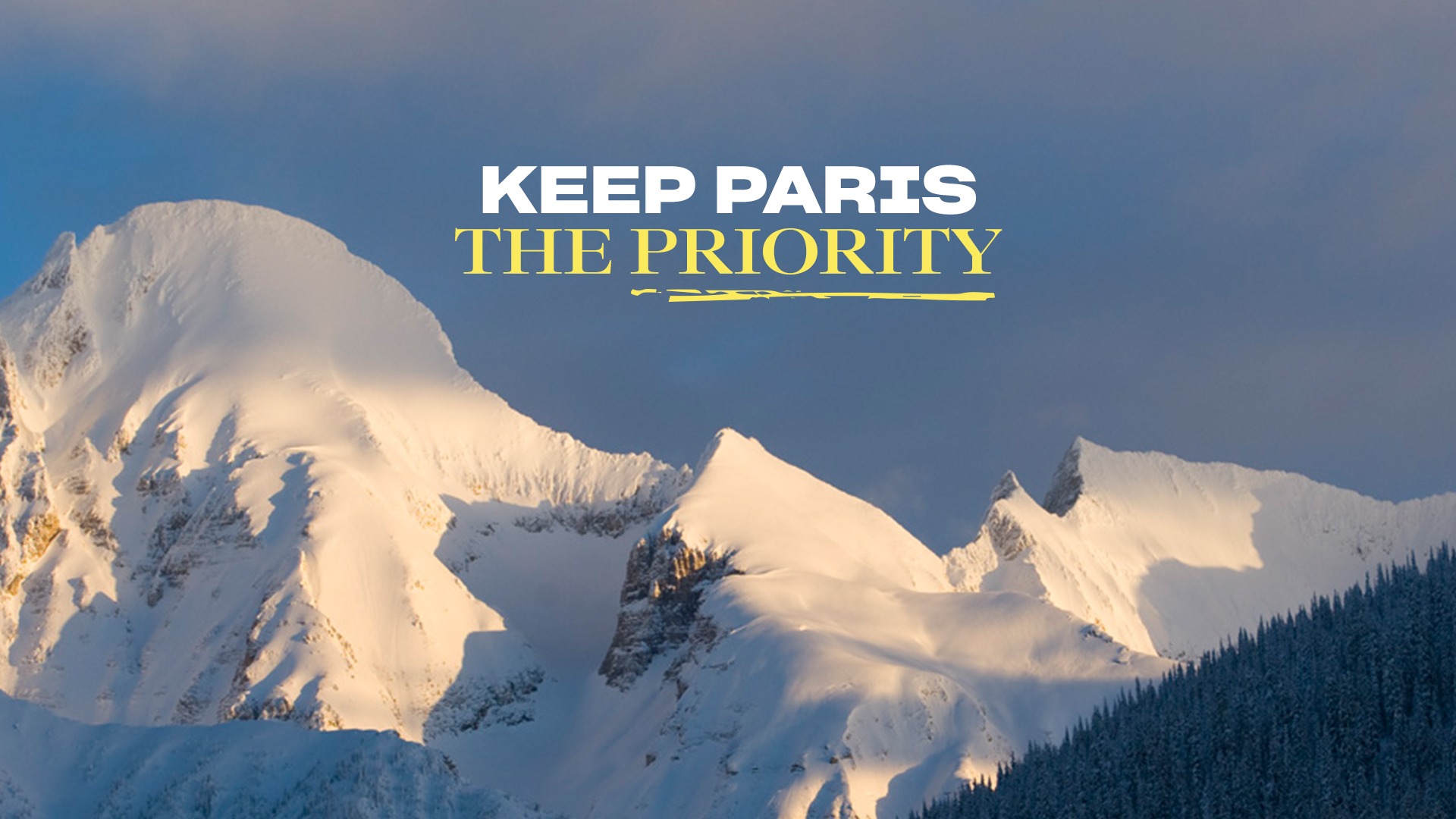 The United States’ recommitment to the Paris Agreement is crucial in moving the world forward toward its goals. Click here to urge President-elect to rejoin Paris immediately upon taking office.

“Every bit of federal dollars and how it’s expended can be managed by the executive branch in a way that will promote clean energy and drive new energy investments.” – Chloé Farand, Climate Home News

This underscores how important it is for the United States to rejoin the Paris Agreement immediately when the incoming Biden administration takes office on January 20. The United States’ recommitment will spur the nation to reestablish itself as a global leader on climate and be the catalyst for other countries to follow, which includes submitting updated NDCs as soon as possible. The Outdoor State can have a huge impact in making sure the United States rejoins Paris. Make sure to email President-elect Biden and incoming Climate Envoy John Kerry to make sure they keep Paris the priority.

It’s concerning that many countries haven’t released updated climate plans, however, many nations have pledged mid-century net-zero emissions goal, which Niklas Höhne, founder of the NewClimate Institute, calls “a positive sign” that can lead to more ambitious efforts in 2021.

Read more about The Paris Agreement in our Paris For Dummies series.

What a Democratic sweep would mean for climate and energy policy 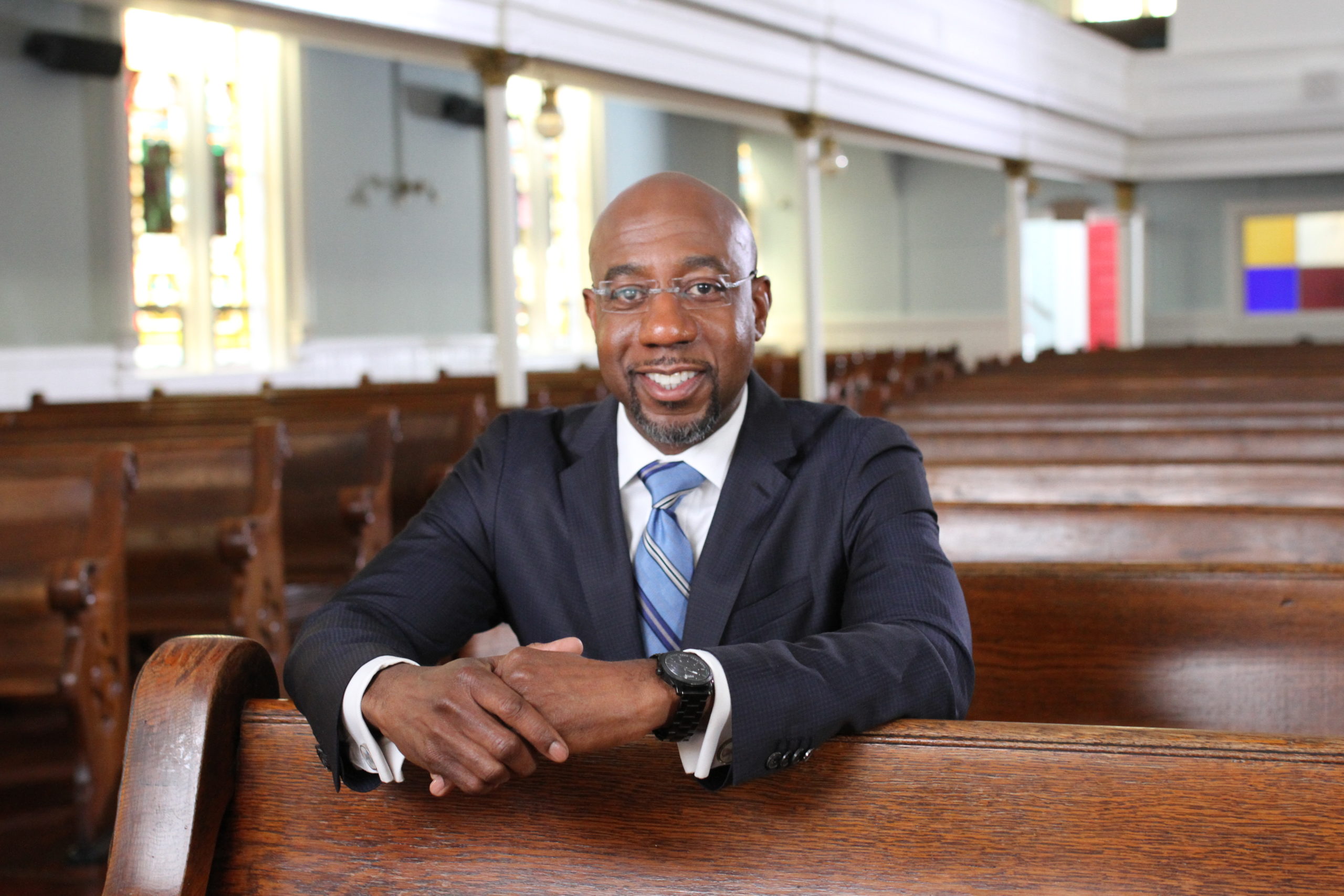 Reverend Raphel Warnock will be the first black Senator in the history of the State of Georgia.

“We believe a doubling down on electric vehicle tax credits and further consumer incentives and government initiatives around the electric vehicle sector will be on the horizon, which is a major positive for Tesla, GM, Fisker, and other auto players/electric vehicle supply chain[s].” — Wedbush Securities

The Georgia Senate elections this week had huge implications for the ability to pass climate-forward legislation in the near future, with Democrats Jon Ossoff and Reverend Raphael Warnock taking the victories. Their triumphs give the Democratic Party the majority in the Senate to go along with the House of Representatives and the presidency. The party in power has the ability to control the agenda and benefits from added maneuverability even with narrow margins, meaning President-elect Joe Biden’s ambitious climate goals have a good shot at becoming a reality.

While most signs prove positive, there will still be roadblocks along the way to passing legislation that protects public lands, bolsters electric vehicle infrastructure and emphasizes renewable energy, including the fact that West Virginia Senator Joe Manchin, whole will assume the position of chair of the Senate Energy and Natural Resources Committee, is deeply embedded in the fossil fuel industry.

Nonetheless, be on the lookout for Senate measures that include a green economic recovery package and tax policies that target fossil fuel producers.

In the meantime, it’s vital that the Outdoor State keeps the pressure on the incoming administration to follow through with its ambitious climate goals. The first steps can be urging them to rejoin the Paris Climate Agreement and permanently protect the Arctic National Wildlife Refuge from oil and gas development.

“Investors are betting that Democrats will prioritize clean-energy policies, as well as stimulus spending to help make those policies real.” — Market Watch

With Democrats taking control of the Senate, clean-energy policies seem to be inevitable, which is crucial in the goal to protect outdoor spaces, and the planet, from climate change.

By 2035, it will be more expensive to run 90 percent natural-gas-fired power plants than to build wind and solar farms with storage systems. The evidence is overwhelming that a clean energy future makes smarter economic sense than sticking with fossil fuels, and the stock market is reflecting that.

Continued momentum toward renewables is dependent upon a combination of technology, policy and cultural adoption, and snowballing economic evidence of the benefit of clean energy is a great sign for things to come. 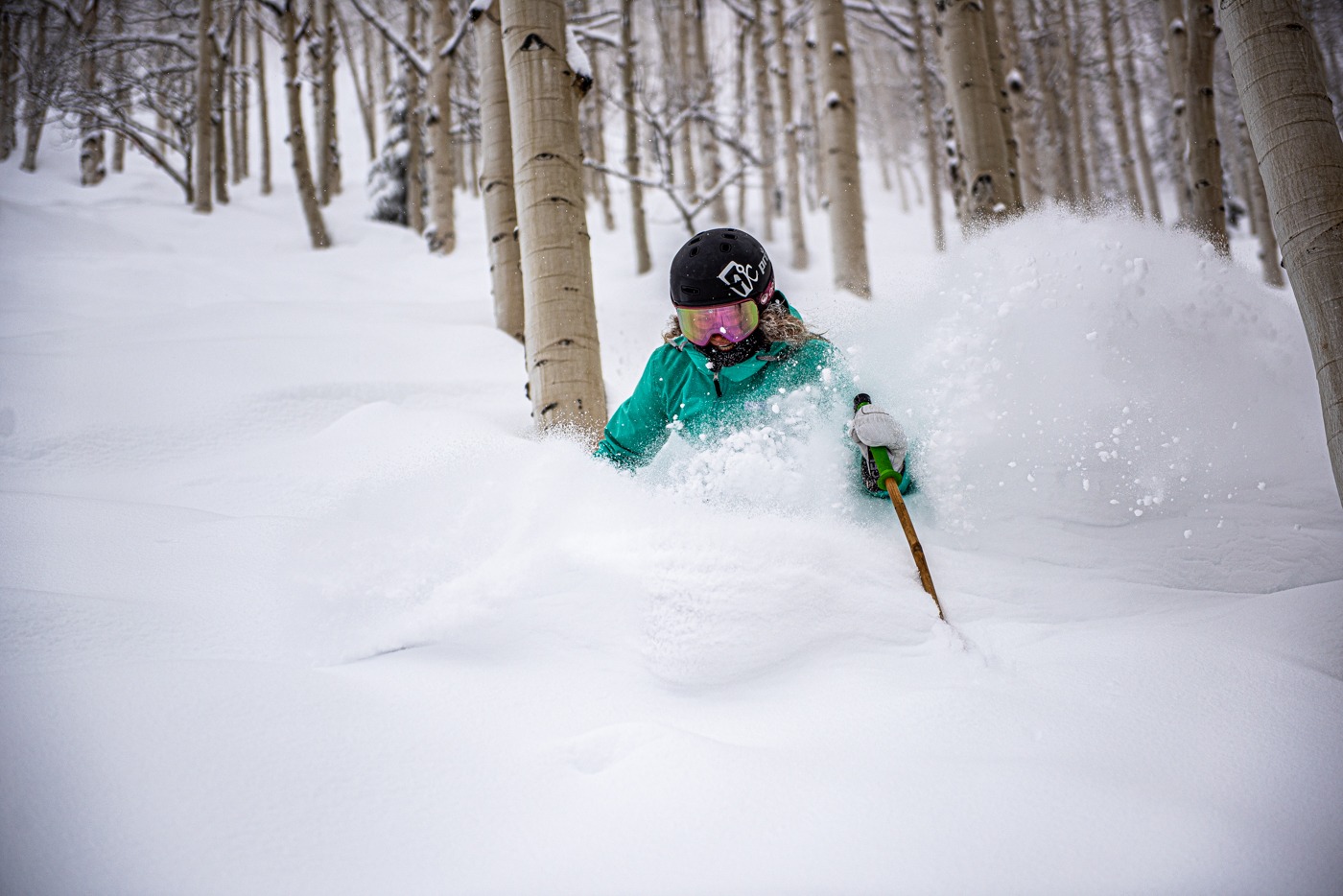 Future powder days at resorts like Aspen Mountain hinge on meaningful climate action in the present.

“There is a strong and genuine desire to green America’s ski resorts, but it could already be too late. The next step is for the industry to come together and agree on a unified national strategy.” – Mario Molina, executive director of Protect Our Winters

In 2018, Protect Our Winters released its Economic Report, which detailed just how important the nation’s ski economy is, and how much it stands to lose from the ongoing effects of climate change. There’s consensus amongst the ski industry that climate change is the biggest threat to the world of snow sports, and many resorts across America have acted in response. According to this article, 75 percent of the nation’s ski areas have ongoing environmental initiatives. For example, Berkshire East, in Massachusetts, runs on 100 percent self-generated renewable energy, Arapahoe Basin, in Colorado, powers its snowmaking via solar arrays and Taos Ski Valley, New Mexico, is the first resort in the world to earn B Corporation certification. Many resorts have also joined Aspen Snowmass, one of the first ski areas to take on climate leadership, in speaking out in favor of climate policy.

The ski industry holds enormous economic weight and can have a significant influence on Washington D.C. as a new, climate-forward administration takes office. Many ski areas have partnered with their local legislative branches to take action and align with the goals of the Paris Agreement, for example. POW urges the incoming administration to take notes from these local leaders and resorts and rejoin Paris immediately upon taking office.