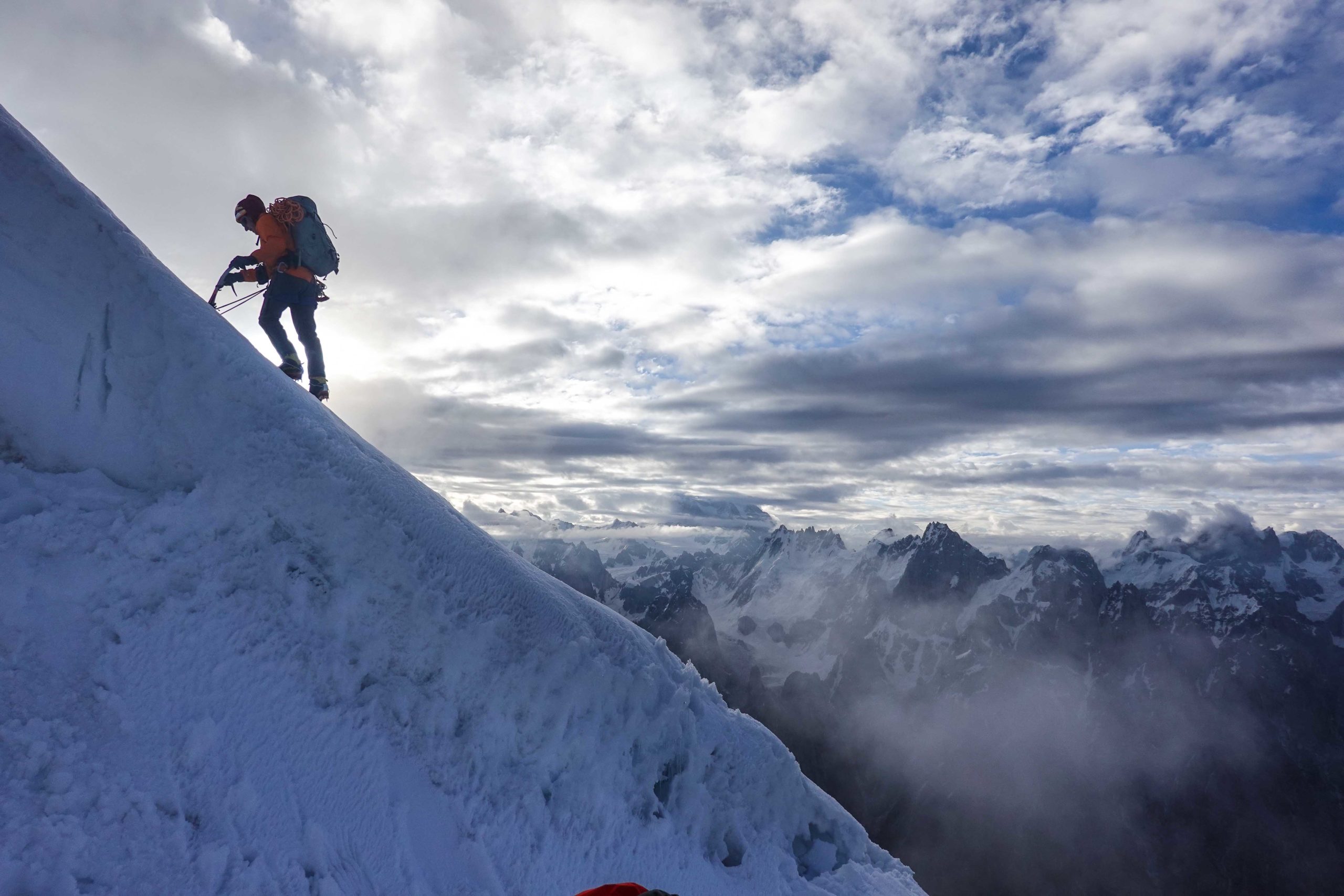 Before we dive into this week’s Dispatch, we encourage you to get outside and CrushIt4Climate this March. Not sure what that is? Never fear, we have all the details (and a few rad prizes to giveaway), here.

So, what’s happening in the news week? In short, plenty. We kick-off this week’s POW Dispatch talking about Aspen Skiing Company’s investment in the Elk Creek Mine, which transforms methane gas into clean electricity. Early returns are in, and the project has been a huge success, both in terms of revenue generation and for laying a roadmap for other companies to follow. Additionally, we dive into local climate effects on the Cascade mountains, the major leg-up given to offshore wind off the coast of Massachusetts and the new electric pickup truck built with adventure in mind. Catch up on the news with the POW Dispatch.

Aspen Skiing Co.’s coal mine methane-capture plant proves to be a lot more than hot air

“Aspen Skiing Company’s methane project passes two tests of meaningful climate action. First, it’s at a large, not a token, scale. And second, it is a high-profile, replicable model for others. While it is not a comprehensive market or policy solution, it illuminates a path in that direction and is an example of what one company can do to make a difference.” — Aspen Skiing Company

Aspen Skiing Co. (Skico) and its four world-class resorts have consistently been at the forefront of climate action among ski resorts during the past two decades. One significant climate initiative taken by Skico was its $5.34 million investment in a coal mine in Somerset, Colorado, that converts methane (a potent greenhouse gas) into clean electricity in 2012. Skico planned to recoup its funds within 10 to 15 years.

Skico just released the first progress report from the Elk Creek Mine, which revealed only $750,000 remained on the balance sheet after only eight years of operation and that the project generates between $100,000 and $150,000 in revenue per month due to electricity and carbon credit sales to Holy Cross Energy—great success!

If Skico can influence additional companies to imitate the Elk Creek Mine project (converting methane into electricity) it can result in an even bigger success than even our friend Borat could describe. Skico has demonstrated that our favorite ski areas and brands can be drivers of climate solutions. On an individual level, it’s worth getting to know what’s happening in your area and pushing your local outdoor industry leaders to take the reins on addressing climate change.

Financial and technological solutions are critical to reaching carbon neutrality by mid-century. Because the Elk Creek Mine project resulted in a quick return on investment and padded wallets, it serves as a project that can be replicated in other areas of the country. On top of that, the Elk Creek Mine project is a huge technological advancement that takes carbon emissions out of the air. For reference, the plant produces more energy than Skico consumes at its four ski resorts and prevents 250 billion cubic feet of methane from blasting into the atmosphere each year. That’s like taking 517,000 vehicles from the roads.

Those who dedicate their lives to the outdoors are used to solving problems through a combination of sheer determination, brainpower and passion. This mindset translates directly into drumming up new technological solutions to the climate problem that make economic sense and reduce carbon emissions. 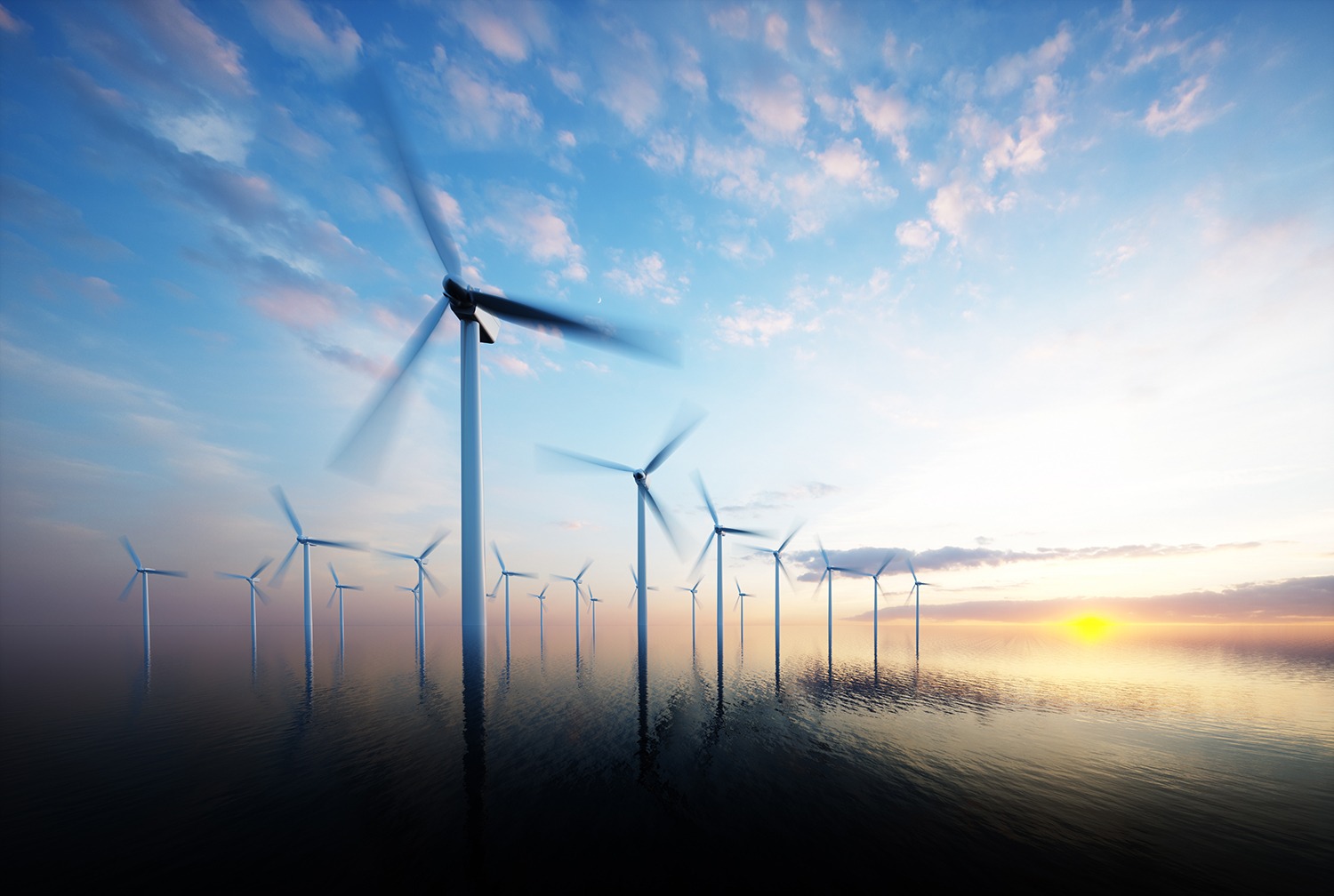 “Offshore wind is a historic opportunity to build a new industry that will lead to the creation of thousands of jobs, reduce electricity rates for consumers and contribute significantly to limiting the impacts of climate change.” – Lars T. Pederson, Vineyard Wind CEO

The Department of the Interior (DOI) recently completed its environmental review for a large wind farm off the coast of Martha’s Vineyard, Massachusetts. It’s a big step for the country’s offshore wind industry, which has played bronze medalist to Europe’s thriving offshore industry as well as the United States onshore wind infrastructure. The 800-megawatt project, dubbed Vineyard Wind (not to be confused with Vineyard Vines, less fratty, way more raddy) would be the first commercial offshore wind farm in the country.

In order to achieve a clean energy economy, the United States’ renewable energy capacity needs to, ahem, send it to the moon. Vineyard Wind will generate 800 megawatts of electricity, enough to power 400,000 homes, while also creating a ton of well-paying construction jobs in the renewables sector that’s struggling through the COVID-19 pandemic. That’s how you lick the stamp and send it if you ask us. 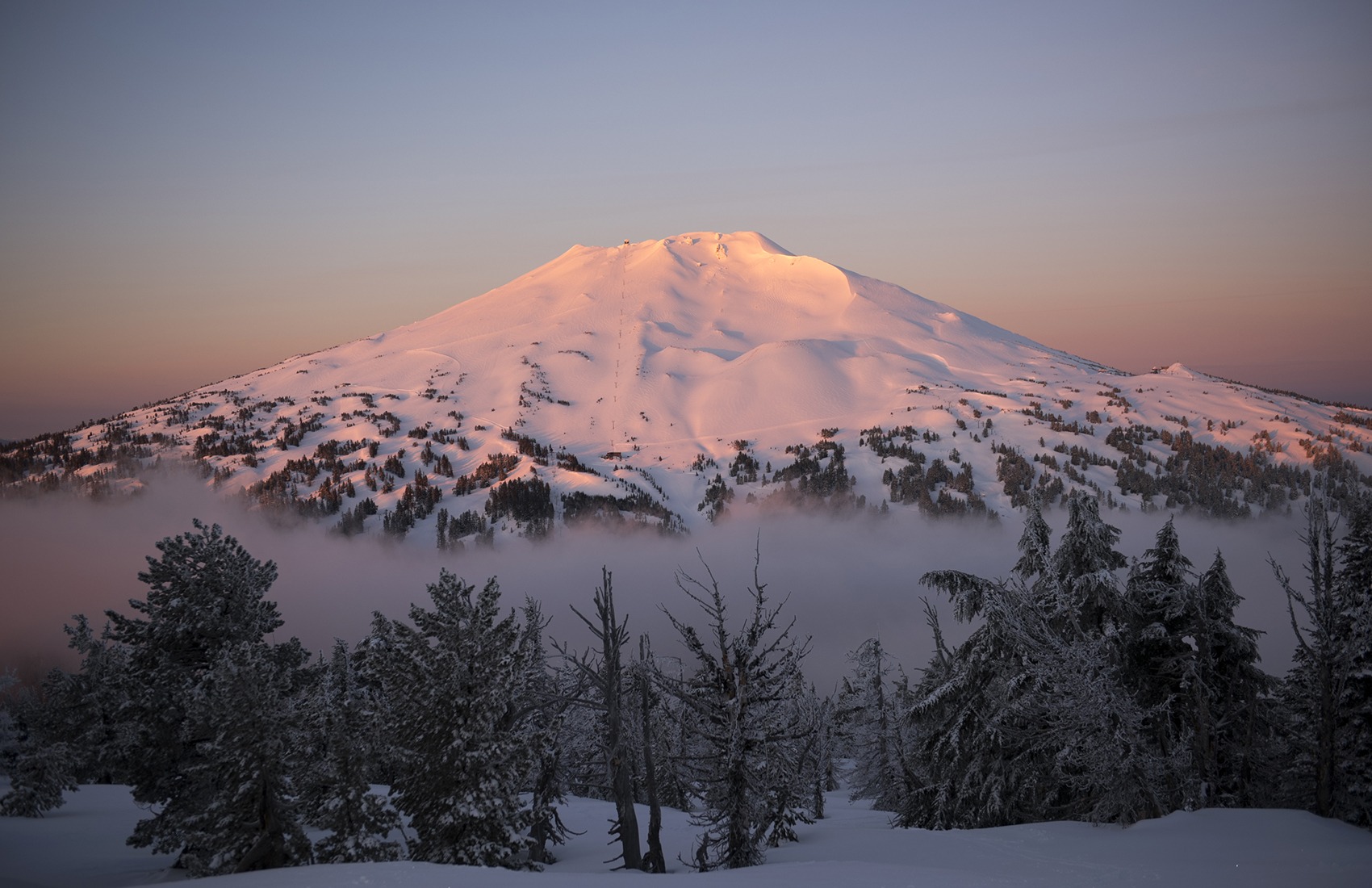 “What’s happening in the Cascades is even a small amount of warming has this huge impact on the amount of time that the temperature’s really cool enough to have snow on the ground.” – Amato Evan, climate scientist at University of California, San Diego.

Oftentimes climate change is perceived as a big global problem that’s too large and overwhelming for a single person to comprehend, let alone address. Yes, it’s a big worldly issue, but the effects are evident right in your backyard and individual impacts can be made there, too.

Take the Cascade Range that stretches from northern California through Washington. You know the Cascades; that string of hulking formations that erupt (many of them are volcanoes, after all) up from the Pacific Ocean to over 14,000 feet in elevation (shoutout to Mt. Rainier). Anyway, a recent study by researchers with the Scripps Institution of Oceanography at the University of California, San Diego reveals that coastal ranges such as the Cascades are much more susceptible to subtle changes in temperatures than ranges further inland.

Researchers now hypothesize that the Cascade snowpack will melt a month earlier than it does now if global temperatures increase by 1 degree Celsius; by contrast, that would only push up snowmelt in the Rocky Mountains by a day or two.

Because of the Cascades’ proximity to the ocean, their summer and winter temperatures don’t vary dramatically, as opposed to temperature fluctuations in the Rockies. As a result, a subtle shift in temperature can have a large impact on how cold it gets in the Cascades during the winter and, in turn, the probability for precipitation to fall as snow.

Not only does this affect winter recreation in the Cascades—anyone who’s slithered down one of these snow-covered volcanoes knows how unique and special they are—but has a ripple effect on water availability, vulnerability to invasive species and wildfire risk.

Climate action isn’t exclusive to the global stage. The impacts vary by region and are evident in all of our backyards, where our most cherished landscapes exist. The impacts are local and the action should also begin locally. Sometimes it’s as simple as taking a step outside and looking around to notice the changes happening around you. That’s usually enough to spur someone to speak up for these spaces.

Protect Our Winters’ Local Alliances are a great way to take climate action with other members of your local community (including in the Cascades). Click here for more. 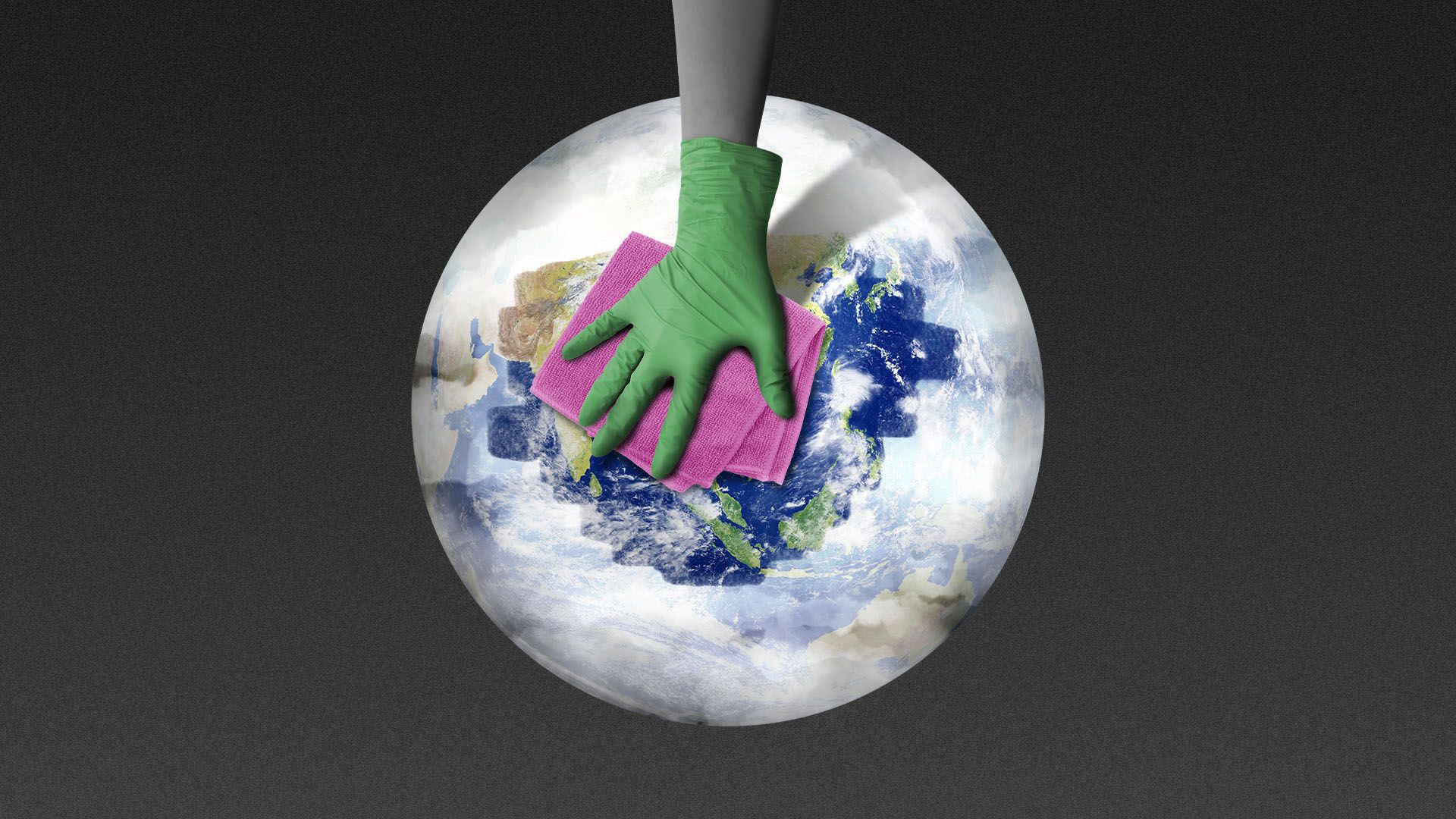 “There is this huge corporate demand for something better than you can get on the voluntary offset market… It costs a lot more than voluntary offsets you would buy off the shelf, but it makes a much, much more credible case that you are removing a ton of CO2 for every one that you emit.” Noah Deich, president Carbon180

Have you ever ridden in the Jackson Hole tram and listened to the tram operator run through terrain announcements as you hover above Corbet’s Couloir? Like clockwork, as you’re pulling into the tram dock, they bellow, “…and if you don’t know, don’t go!” with the entire audience joining in. The operator repeats this line during every tram ride because it’s that important. Similarly, we’re adamant about reminding you, loyal and passionate Outdoor State member, about the three most significant factors to achieving carbon neutrality by mid-century: financial and technological solutions, political will and a cultural shift regarding how the country treats climate change. They’re that important.

One of the technological advancements that is going to play a large role in meeting the emissions reduction goals of the Paris Agreement (click here for a reminder of what those are) is carbon removal. Carbon removal utilizes new technologies that vacuum carbon dioxide (CO2) out of the atmosphere. Carbon Engineering, a Canadian startup in the direct air capture (DAC) industry, is now offering permanent carbon-removal purchases, with Shopify—a titan of the e-commerce sector—signed on to become its first customer. The deal is for 10,000 tons of CO2, making it the largest corporate purchase of DAC ever. Carbon Engineering plans to have its first commercial-scale plant in operation by 2024.

While sucking CO2 out of the air like Michael Clarke Duncan inhaled disease out of Tom Hanks’ wife in The Green Mile sounds really cool and effective, it’s still just one of many ways to remove atmospheric CO2 and in no way replaces the need to reduce current emissions from reaching the atmosphere in the first place. Steep emissions cuts remain the first step toward combating climate change, however, a 2018 report from the United Nation’s science panel did find that limiting warming to 1.5ºC will require some form of carbon removal. DAC is still a fledgling technology and needs to be scaled up to handle more impactful order sizes and costs will need to drop before it becomes a true player in the emissions reductions game. Increased investment from big wigs like Amazon, Microsoft and United Airlines in carbon removal methods does paint a future where it’s a tangible and reliable part of the climate puzzle, however.

EV startup Canoo gets into the electric pickup race 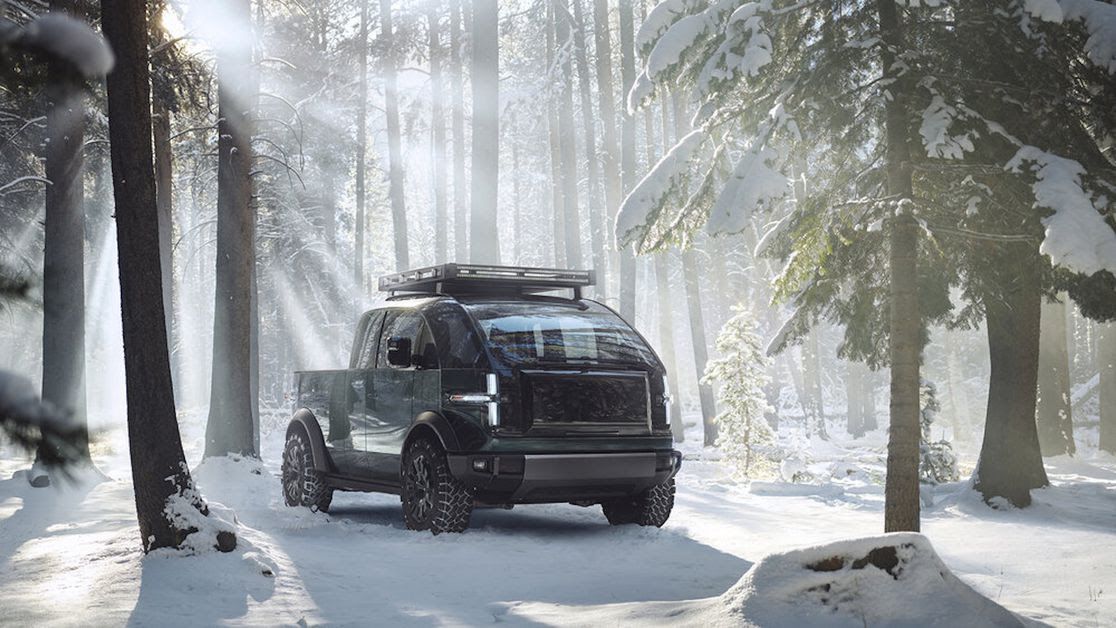 “Pickups are an immensely popular consumer segment, so startups and legacy automakers alike see a chance to capture a piece of that market with electric versions.” – Ben Geman, Axios

You know that electrified transit future we’re always talking about at POW? A world where we slap bike racks and roof boxes on our electrified adventure rigs, rip carbon-neutral vehicles down dirt roads to trailheads and roadtrip to our favorite ski destinations stopping only to charge up for the final leg of the journey. Canoo, an electric vehicle startup that went public late in 2020, is giving us a sneak peek of what that could look like with its electric pickup truck, which it hopes to make available by early 2023.

The truck is built with adventure in mind; it has fold-down benches and a charging port, with plans for an included roof rack and camper shell attachments, too. The vehicle will have 200-plus miles of range, 600 horsepower, an 1,800-pound payload capacity and a six-foot truck bed that can expand to eight feet. The price, however, is not yet known.

Pickup trucks are immensely popular among outdoor enthusiasts. A snapshot from any trailhead, ski area parking lot or mountain town craft brewery in the country would reveal that. Due to that popularity, electric automakers are making sure they appeal to truck lovers when unveiling their electric models, making electrified transit that much more enticing. Truck models are also coming from Ford, Tesla, General Motors and Rivian. While the Canoo model bears resemblance to a utility vehicle from Star Wars, it’s a great step in the right direction toward offering electrified, off-road options for outdoor adventurers the world over. 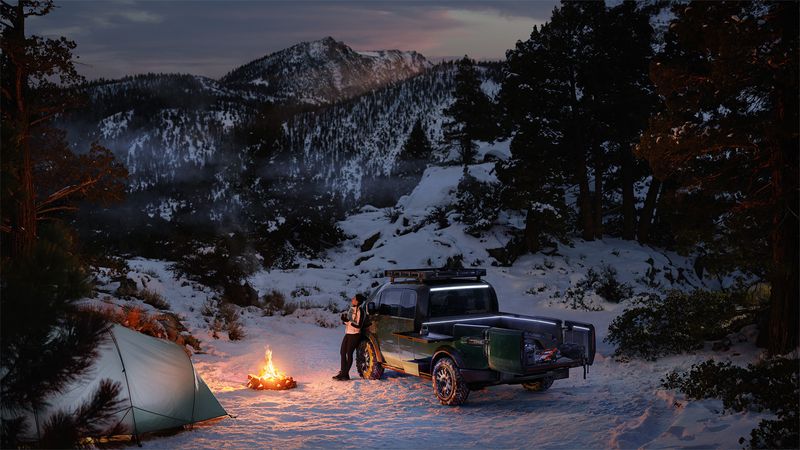 It’s past time for cleaner cars on Arizona roadways

These Little Devices On Oil Fields Make A Lot Of Emissions. New Regulations Could Change That