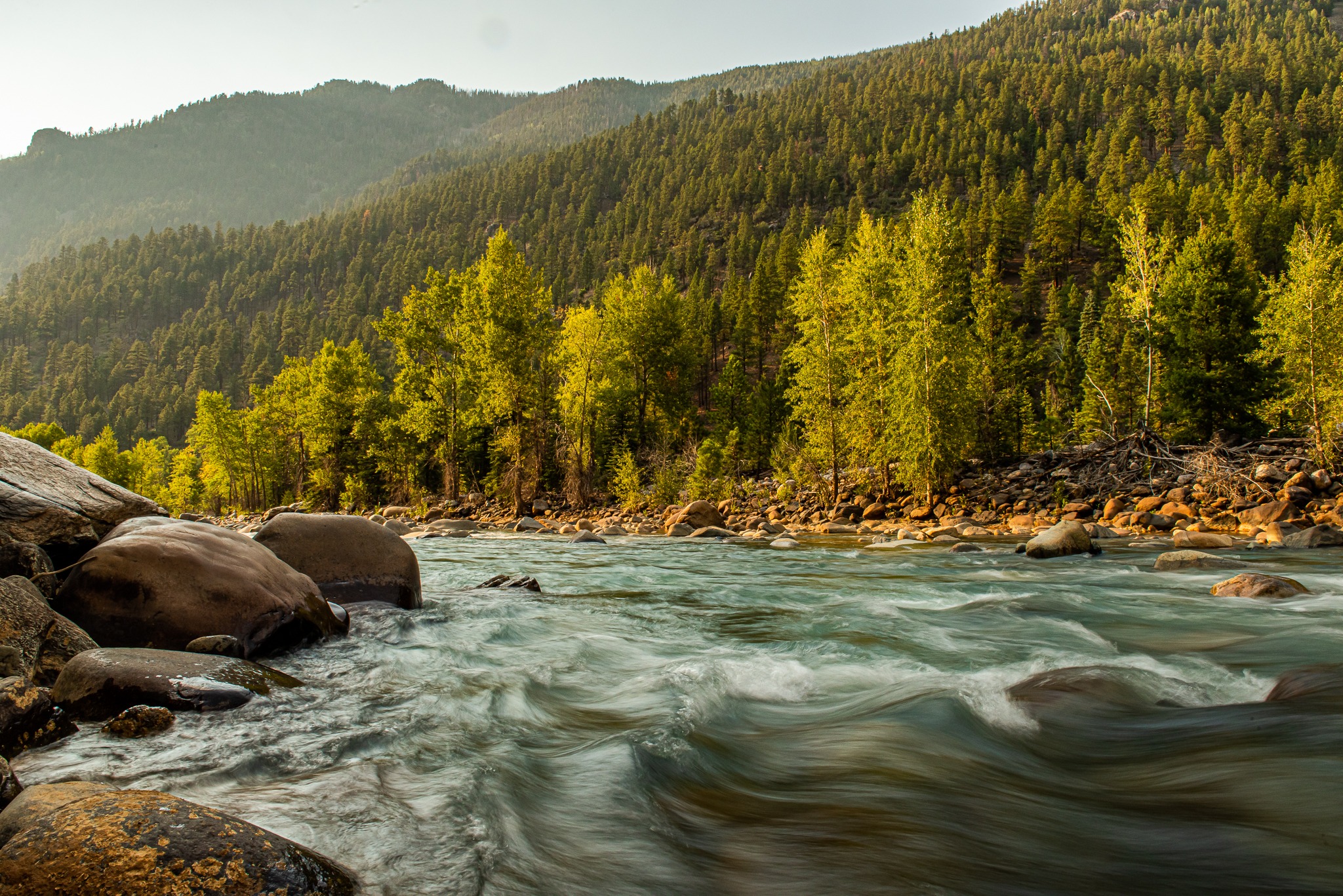 Welcome to The Dispatch, Protect Our Winters weekly wrap-up of climate news, complete with our take on each topic and how that impacts our ongoing efforts to reduce the effects of climate change.

It’s been a busy few weeks in climate-related news since the outcome of the 2020 presidential election was decided. The incoming Biden administration has publicly made climate change a top priority, and many of the decisions made in the ongoing presidential transition are tied to climate policy. This includes the appointment of John Kerry as the official White House climate envoy. Additionally, the proposed Pebble Mine in Alaska seems to be dead in the water, warming temperatures are changing the dynamics of ascending Mount Everest and more. 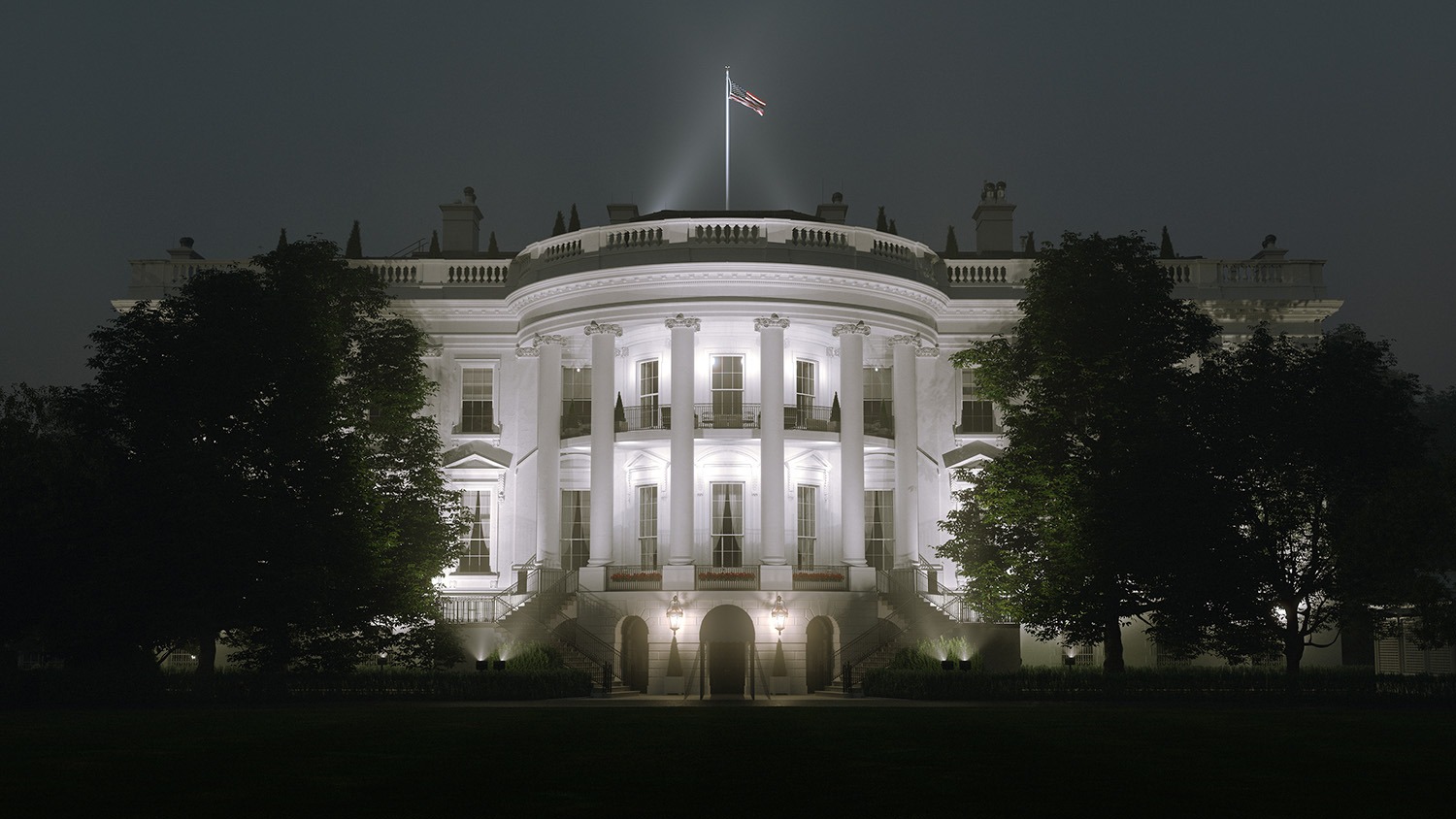 Joe Biden named former Secretary of State John Kerry as his international climate envoy. This is a gigantic deal. Not only will John Kerry, who helped draft the Paris Climate Agreement, be fighting climate change full-time, he will also sit on the National Security Council. This underscores the incoming administration’s commitment to fighting climate change as a matter of national security. Additionally, the administration has indicated that it will name a domestic White House climate director who will focus on maximizing executive authority and legislation stateside.

Committing to domestic policies that stifle carbon emissions while simultaneously working together with international allies is an encouraging sign as we continue to work toward the goals of the Paris Accord.

GM flips to California’s side in pollution fight with Trump 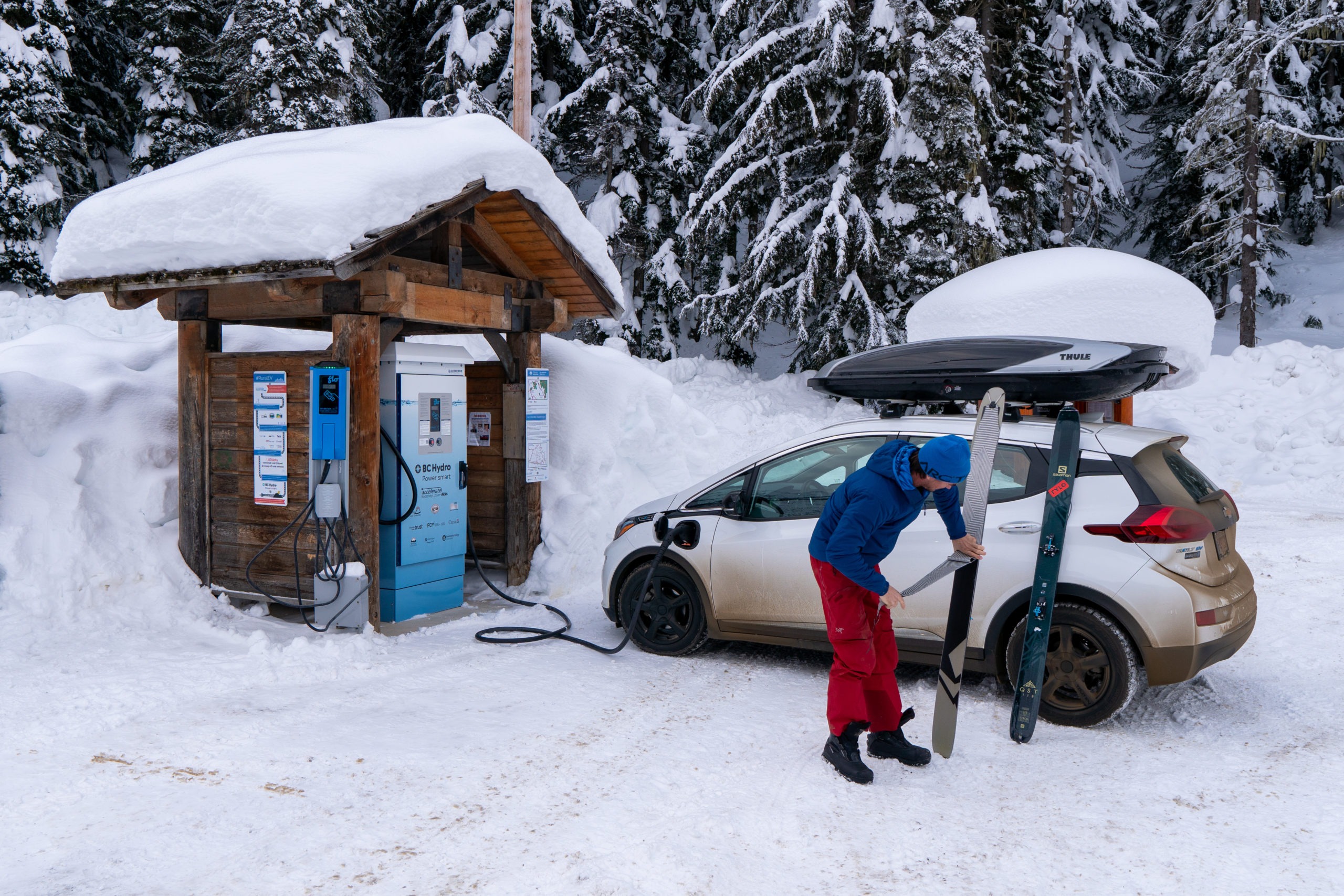 Greg Hill charges his electric car while prepping for a ski tour on Rogers Pass, Canada.

Last year, General Motors (GM)—along with Fiat Chrysler, Toyota and 10 other automakers—backed a lawsuit filed by the Trump Administration questioning whether California had the authority to set its own stricter emissions standards than the federal government. Now, with a new administration set to take office in January, GM has changed its tune, which, despite the flip-flopping, is a big win in the effort to reduce greenhouse gas emissions from our highways.

GM holds a lot of weight, and now that it backs the goal of decreasing auto emissions shared by Protect Our Winters, California and the incoming administration, it can help lead the way for other automakers to hop on board. According to an email from Dan Becker of the Center for Biological Diversity to the Associated Press, “[n]ow the other automakers must follow GM and withdraw support for Trump’s attack on clean cars.” 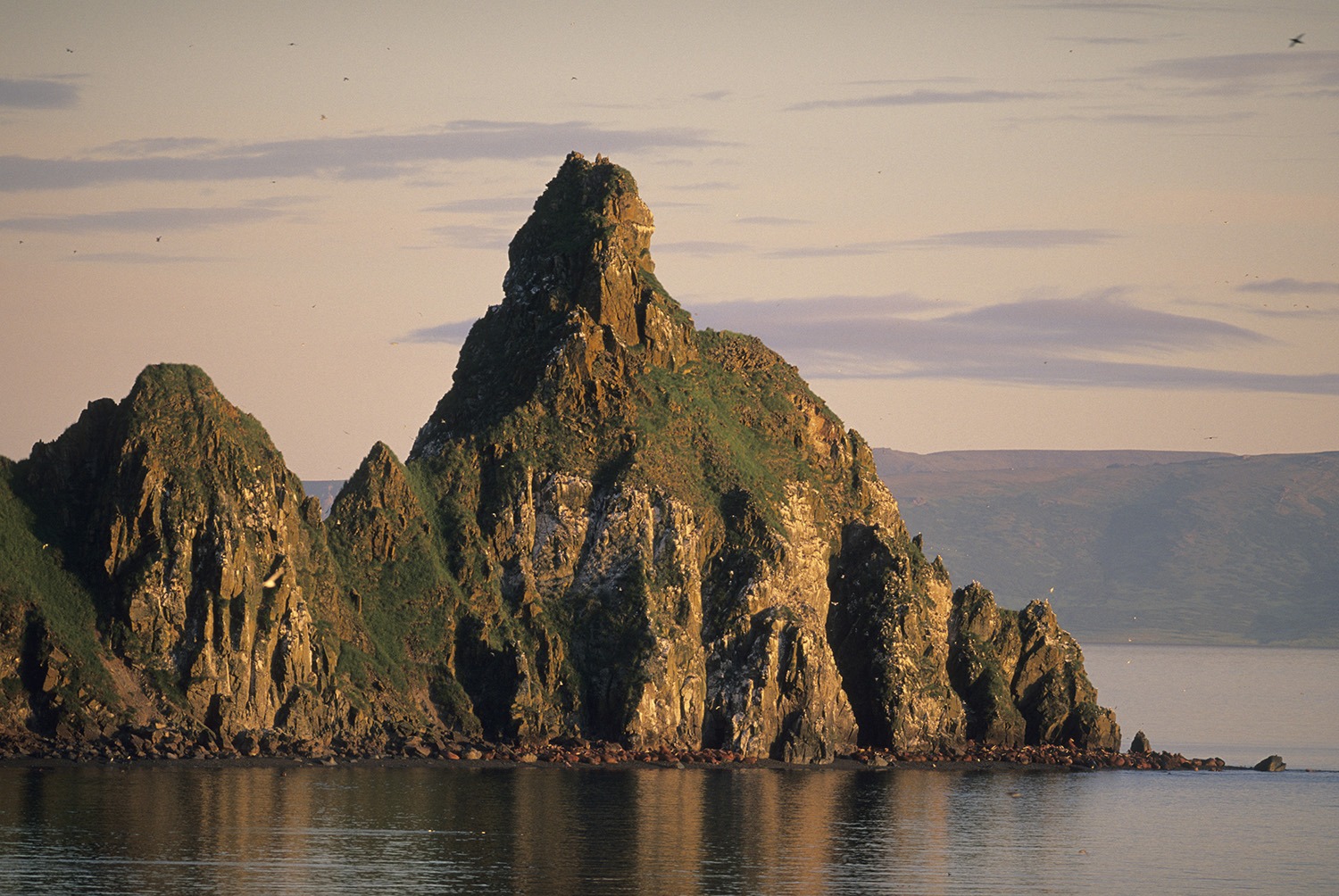 “The Corps’ denial of the permit for the Pebble Mine is a victory for common sense… Bristol Bay is the wrong place for industrial-scale mining.” – Chris Wood, chief executive of the conservation group Trout Unlimited.

The proposed Pebble Mine sought to extract one of the largest deposits of copper and gold ore in the world, 200 miles from Anchorage in the remote Alaskan tundra. However, it threatened the pristine breeding grounds of salmon in nearby Bristol Bay. The project has faced opposition from Alaskan indigenous communities, environmental advocates and the fishing industry.

On Wednesday, the project failed to comply with Clean Water Act guidelines and earn the corresponding permit needed to proceed. This likely kills the Pebble Mine project, signaling a huge win in the fight to keep special interests off of America’s public lands, where a significant portion of the country’s greenhouse gas emissions stem from. Expelling fossil fuel emissions and extraction from public lands is an important pillar of POW’s policy agenda. Public lands protection is synonymous with climate action, and stopping the Pebble Mine is another step in the right direction toward a brighter climate future.

Everest Summits May Become Easier Due to Climate Change 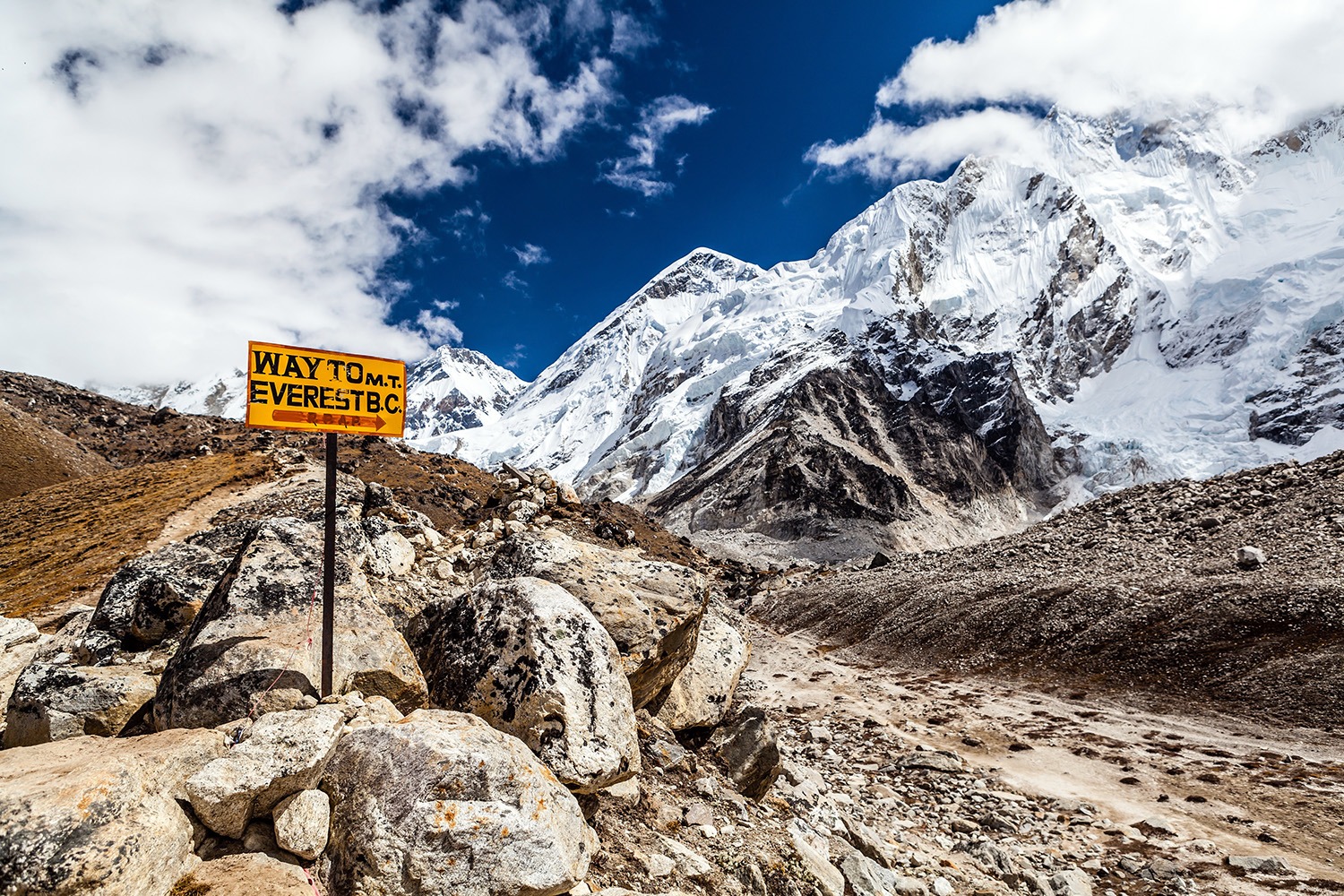 “If temperatures rise to the 3.6 degrees Fahrenheit mark, breathing in this extra oxygen during the winter could feel equivalent to shaving off nearly 118 meters—387 feet—from your climb.” – Kyla Mandel, climate journalist

Easier Everest bids may be a positive for some but, in reality, it’s real-time evidence of how the world’s natural treasures are responding to a warming climate.

Increased air pressure could elevate human air intake up to 4.9% at the Everest summit if temperatures continue their upward trend. With it being easier to breathe, this could coax mountaineers to attempt the extremely risky feat of climbing to the top of the world’s highest mountain without supplemental oxygen. Continued warming also stands to alter the makeup of the Everest approach, with obstacles like shifting glaciers, opening crevasses, a deteriorating Khumbu Icefall and rising snowlines all contributing to a more difficult climb. While the finish line may become a bit easier for Everest climbers, the lower ascent may prove more difficult, meaning this isn’t, in fact, a win for outdoor recreation on Everest. It does signal, however, that continued warming of the climate will lead to less viable outdoor playgrounds that are increasingly difficult to access. 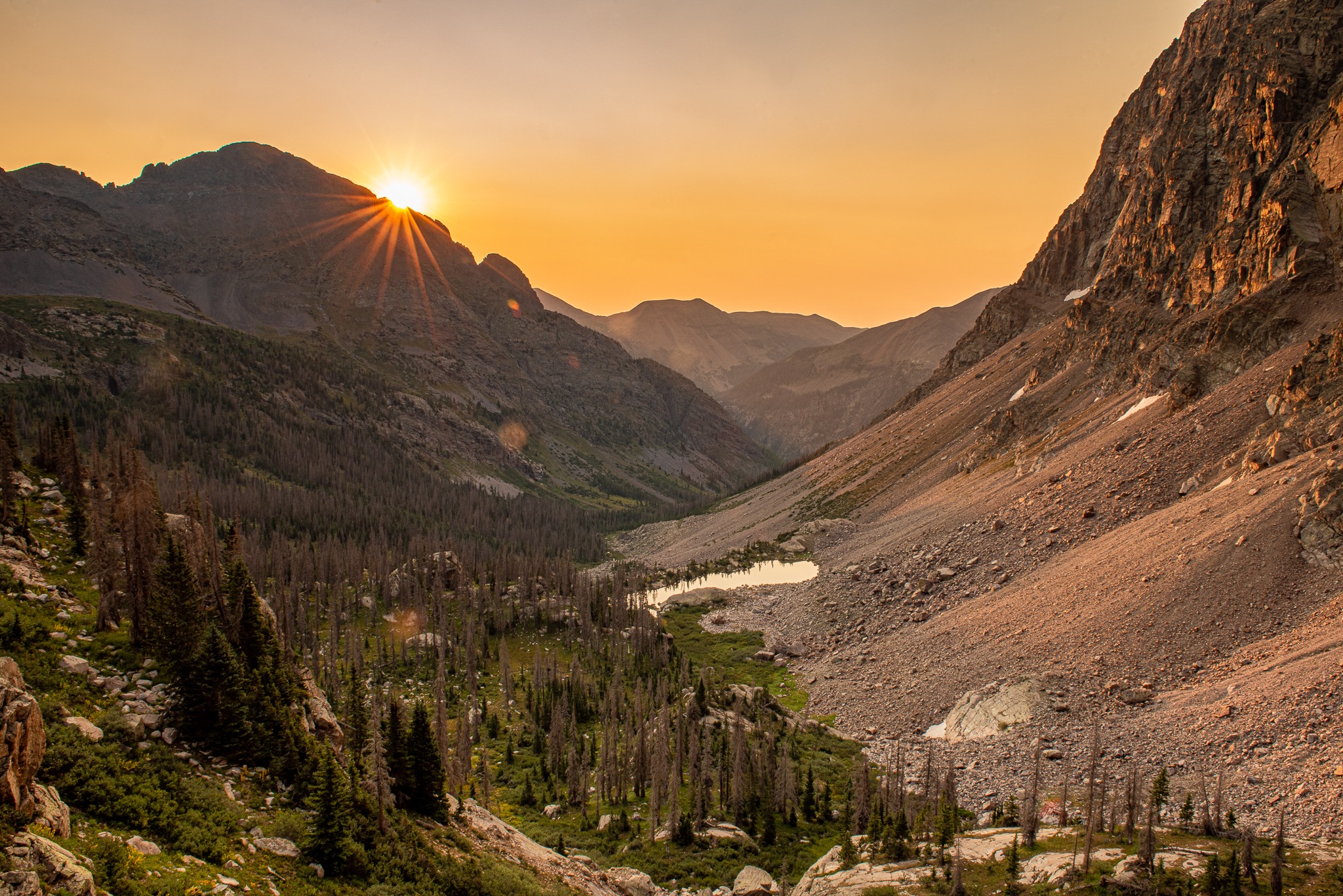 “They have no interest in conservation; even with clear direction and guidance from Congress, they are doing their best to sabotage the Land and Water Conservation. They’re just trying to smash and grab whatever they can on their way out the door when they should focus on working with the Biden transition team.” — Raúl Grijalvau (D-Ariz.), House Natural Resources Committee Chairman

The Great American Outdoors Act (GAOA), passed in June, promised a bipartisan effort to provide $900 million in annual funding to the Land and Water Conservation Fund, and the ability for the federal government to acquire land for parks, trails and conservation purposes. While funds for the GAOA do come from off-shore drilling royalties paid by oil and gas companies, the bill is a huge step forward in the fight to preserve public lands and acquire new parcels of the natural environment for the American people.

However, the outgoing administration took steps to undermine the GAOA on its way out the door. Interior Secretary David Bernhardt gave an order to allow governors and county commissioners the ability to veto purchases of private land by the federal government. With one of the big goals of the bill being the acquisition of new public lands by the federal government, this order begs the question, what was the point of passing this bill in the first place?

Federal land acquisition is a positive step in the fight to keep natural gas extractors off America’s public lands, where nearly a quarter of U.S. greenhouse gas emissions come from. President-elect Joe Biden has already stated his intention to reverse many of the current administration’s environmental rollbacks, and preserving the intentions of the GAOA should also be a high priority.